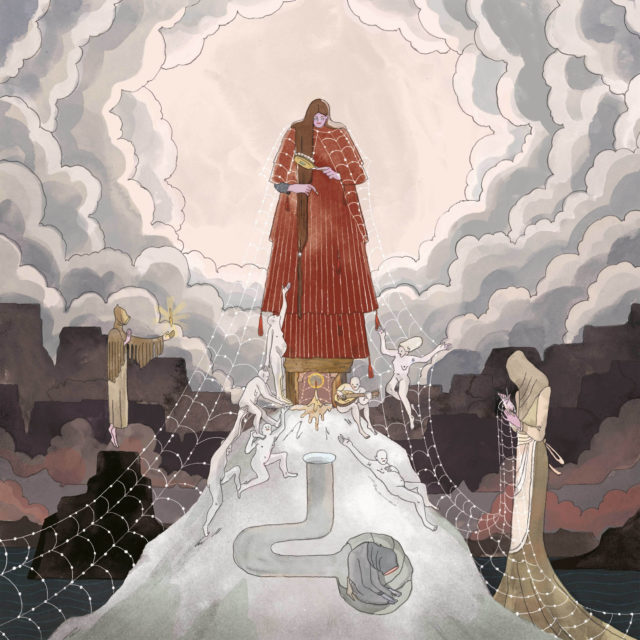 Smudgier and warmer than their chiselled predecessors, Purity Ring’s third album ‘Womb’ is a fine addition to their catalogue.

Following a busy period in the wake of their last album, 2015’s gregarious Another Eternity, in which they were recruited for writing and production for pop titan Katy Perry as well as supporting her on tour, Purity Ring return to a very different world than last time out. It’s strange to think that it’s even been half a decade since their last album, and how completely fucked up the world has become in those five short years. But Megan James and Corin Roddick have always sought to offer listeners respite and safe shelter, and their third full-length Womb represents, in their words, “a quest for comfort and the search for a resting place in a world where so much is beyond our control”.

What it isn’t is a calculated jump into the mainstream of the kind that we might have expected from Purity Ring, given that they had seemingly been edging towards a wider audience when we last heard from them. In comparison to its chiselled, well-defined predecessors with their bright, sharp synth edges and crisp trap beats, Womb is much softer. The edges are now smudged, James’s breathy vocals now sounding more like Liz Fraser’s glossolalia that made Cocteau Twins’ work so alluring and mystifying, a quality reflected in the song titles’ semi-invented, stylised construction – ‘peacefall’ and ‘silkspun’. From the shimmering digital psychedelia of opener ‘rubyinsides’, Purity Ring establish a mood and don’t deviate too substantially from it.

Recent single ‘pink lightning’ is pretty representative of Womb as a whole, at least after its pitched-down vocals secede. It’s not until the fourth track, ‘i like the devil’, that James and Roddick begin to change things up with a stomping, hard-hitting beat. The light-footed pop of ‘silkspun’, the beatless, watery ‘almanac’ are other slight diversions. On the pop side of the things, ‘sinew’ disguises a lethal hook in gauzy synth washes and minimalist beats, and incredible closer ‘stardew’ is arguably the most populist track they’ve ever created, a piece of chiming electro-pop that’s brighter, happier and fuller than the rest of the album and the kind of thing that Chvrches could have done with on 2018’s inert lunge for the mainstream Love Is Dead.

If there’s a complaint about Womb, it’s the same as the one that Another Eternity attracted – it’s all just a bit too squeaky clean and perfect to truly maintain the attention throughout, even in a lean, economical runtime of 36 minutes. While it starts and ends strongly, there’s a small handful of tracks that are too similar in tone, delivery and attitude that dilute the effect of its finest moments. On the other hand, it’s a criticism that can also be levelled at a great deal of music in this field, and the undeniable truth is that Purity Ring do it better than most. Womb is ultimately a fine addition to their discography, but nothing more noteworthy than that. (6/10) (Ed Biggs)

Listen to Womb by Purity Ring here via Spotify, and tell us what you think below!