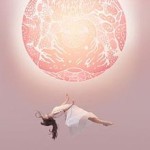 Front cover of ‘Another Eternity’

Three years after their exceptional debut album Shrines, the world has now just caught up with Purity Ring. The Edmonton duo’s quirky, sparse brand of electro-pop seemed to suggest a future that had not yet arrived but was just around the corner. Along with similar minimalist artists like Grimes, they’ve influenced the aesthetics of pop and hip-hop in the time they’ve been away. Despite triggering a frenzied record label bidding war, settling for the impeccable indie imprint 4AD, Corin Roddick and Megan James have decided to take their second album in a pop direction.

Another Eternity is much less like the group’s previous reference points of The Knife and Burial. It’s as if Purity Ring are holding up a fun-house mirror to the chart music they themselves have had an influence upon. However, there’s still plenty of evidence to suggest that they’re distinctive enough from the hordes of imitators who’ve surfaced since 2013. Sonically, their style is still very pleasing – the beats sound cheap, as if lifted from the most basic free software, but nevertheless deep and atmospheric. Crucially, they sound great on any set of speakers, from the most sophisticated arena PA system to the tinniest mobile phone.

Whereas Shrines contained songs with made-up or compound words, this time the stylistic theme is all-lower-case song titles, like the author e.e.cummings. Opener ‘heartsigh’ sets the stall out immediately, with skeletal beats and celestial synths exploding like fireworks as James seeks to invoke strange physical imagery with sentiment in her lyrics (“I can hear your back cracking” sung as if it was the most intimate thing in the world). Single ‘bodyache’ is a poison-dipped pop bullet, its infectious chorus line interacting with slithering beats. ‘stranger than earth’ is an absolutely spectacular arrangement, Roddick’s chains of beats reminiscent of man-of-the-moment Arca. But Purity Ring can be quieter and brooding too – take the restrained piano of ‘sea castle’ and spooky closer ‘stillness in woe’.

Another thing the group is mindful of is not letting the songs go on for too long and thus outstay their welcome, a trap into which quite a lot of ‘10s electronic artists tend to fall. Every song tries to fit as much detail into the 3 to 3:30 minute pop format as possible, eager to not waste time, giving the thrilling illusion that James and Roddick are reacting to each other’s cues, the beats slightly behind the lyrics and continually morphing themselves to suit the mood. It means that the whole ten-song package is a shade over 35 minutes in length. While Purity Ring may be narrower and more singular in their vision this time around, throwing fewer musical curveballs and content to bask in its own glory, it doesn’t prevent Another Eternity from being an impressive second outing. (8/10)