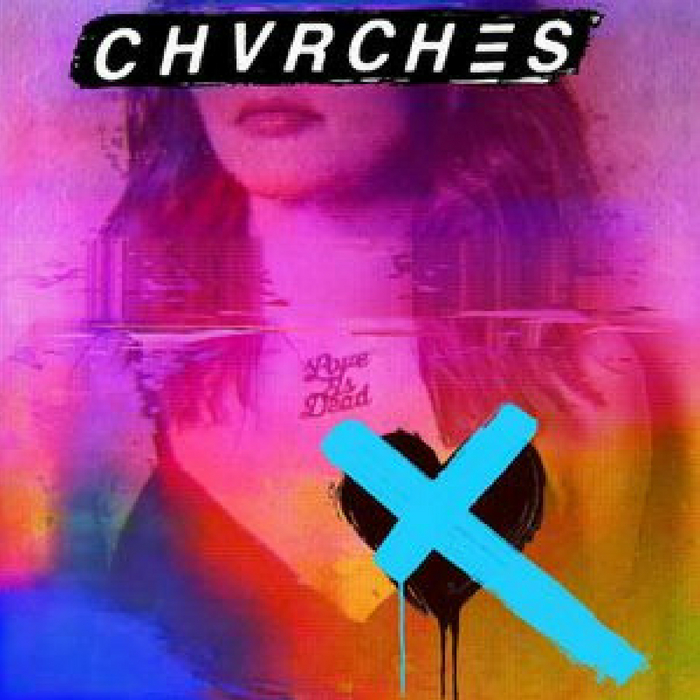 Despite a clutch of future fan favourites and decent singles, Chvrches’ ambitious third record ‘Love Is Dead’ is disappointingly flat and slow-paced.

Every successful band to have crossed over from the indie scene has always faced a creative conundrum about how to approach that moment – how to broaden one’s appeal while retaining the identity that originally attracted your core fanbase. It’s a tricky balancing act to achieve, and it’s one that now faces Scottish three-piece Chvrches after half a decade of scintillating electro-pop earworms. Armed with conscientious, intelligent lyrics and lead singer Lauren Mayberry’s riveting stage presence, they’ve been one of the best bands to emerge from Britain this decade, and with their third studio album, bearing the weighty title Love Is Dead, they’re making a concerted effort to get the sales figures and audiences commensurate with that reputation.

As someone who’s proselytised about the virtues of Chvrches to all who’ll listen for the last five years, and who saw them absolutely slay the festival circuit in the summer of 2016 and upstage the mighty New Order at Glastonbury, Love Is Dead feels like a disappointing miscalculation. Not because it’s different to what they’ve done before or because their sound is more commercial, but because they’ve compromised lots of what made The Bones Of What You Believe and Every Open Eye shine so intensely. With Love Is Dead, Chvrches now sound like lots of other things in a crowded field of competitors, where once they led that field.

Pop production gun-for-hire Greg Kurstin’s influence seems to have been to flatten Chvrches’ sound, eliminating the spikiness and roughly-hewn electronics and leaving Mayberry’s voice more front-and-centre. Her fiery demeanour and the inherent urgency of her voice does a lot to carry proceedings, but there’s an awful lot of heavy lifting for her to do amid the disappointingly featureless musical landscapes carved out by her bandmates.

There’s a decent fistful of highlights, to be quite clear. Opener ‘Graffiti’ sets the record’s tone of grand themes like vulnerability, heartbreak and growing older with imagery of teens writing their emotions on bathroom walls and lyrics like “I’ve been waiting my whole life to grow old / and now we never will”. Lead single ‘Get Out’ is another addition to Chvrches’ arsenal of pop smashes. ‘Graves’ is a bracing call for woke-ness (“well you can look away while they’re dancing on our graves / but I will stop at nothing”) that works despite a slightly generic pop structure because of Mayberry’s quality vocals. Although they sound perfectly pleasant, ‘Forever’, ‘Deliverance’ and recent single ‘Never Say Die’ all fade into the background. ‘My Enemy’, a duet featuring The National’s Matt Berninger, is one of the few moments where Chvrches’ new approach pays off, a brooding and intense experience matching Berninger’s acidic baritone with a softly sung performance from Mayberry.

The few flaws in their first two records came when Chvrches slowed the tempo and reached for the epic. Here, too many of them follow that template, and it makes Love Is Dead feel like a bit of trudge as an over-arching experience, particularly as it enters its second half where there’s a sequence of three almost completely inert tracks that kill the momentum. ‘Heaven/Hell’ really ought to have been dropped at the idea stage; the Martin Doherty-sung ‘God’s Plan’ is utterly forgettable, where previously his vocal performances had been the secret weapons on Chvrches’ previous albums; and ‘Really Gone’ also makes little impression, despite a crestfallen vocal performance.

Closing track ‘Wonderland’ makes for a pretty good pay-off after all of this, but the inescapable feeling is that Chvrches have not played to their strengths. Doubly mystifying, when you consider how exceptionally strong they’ve proven themselves to be at making rich, multi-layered electro-pop hits that were as anthemic as they were danceable.

Love Is Dead scans as an ambitious attempt to grab for mainstream pop glory. The result, however, bar a handful of clear future live favourites and decent singles, is a strangely disappointing and underwhelming experience, mainly because it sounds like they’re trying to do so on someone else’s terms and not their own. (5/10) (Ed Biggs)

Listen to Love Is Dead by Chvrches here via Spotify, and tell us what you think below!