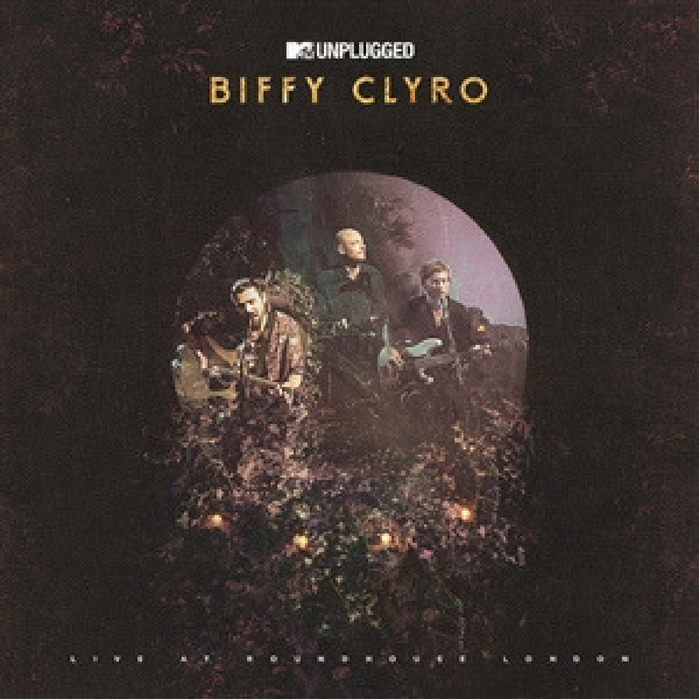 Scottish rock weirdos Biffy Clyro undergo a famed rite of passage by recording an ‘MTV Unplugged’ record, an exercise which brings out their distinctive lyrical qualities.

When any music fan hears the words ‘MTV Unplugged’, one word instantly springs to mind: Nirvana. Their infamous 1994 MTV Unplugged In New York album pretty much set the precedence for future albums of its kind. Artists including Korn, Eric Clapton, Björk and Placebo, to name a few from a very long list, have additionally performed live sets unplugged, putting aside distortion in favour of clean acoustic instrumentation. But none have yet to match the hegemony of Nirvana’s timeless performance at Sony Music Studios in New York back in November 1993 (it was the first Nirvana album to be released after Kurt Cobain’s suicide). This narrative remains true for Biffy Clyro and their newly released MTV Unplugged album at London’s Roundhouse venue, performing on what is quite a bucolic stage.

In typical fashion for a Biffy Clyro live set, the album begins with the cheering crowd featuring chants of “Mon the Biff!” followed by opening up with ‘The Captain’. The sweeping, majestic chords being strummed by Simon Neil formidably replace both James Johnston’s melodramatic basslines and brass passages from the original studio version. MTV Unplugged (Live At Roundhouse, London) offers brilliant alternative versions of their biggest singles that would sound beautiful even to the harshest of Biffy Clyro’s critics.

The built-up transition between and verses and main chorus on ‘Black Chandelier’ is palpably emotional as Neil sings “We’re gonna separate ourselves tonight / We’re always running scared but holding knives”. But the highly popular Only Revolutions ballad ‘Many Of Horror’ is the exemplar that already had the makings of producing a heartfelt undistorted performance. It is evident that Neil’s vocals sound sharper on this live album than they ever have in their discography. Furthermore, Neil’s ebullient acoustic guitar tones are wholeheartedly bright everywhere. ‘Bubbles’, another fan favourite, really engages the crowd as they clap enthusiastically during the bridge evoking a burgeoning suspense followed up by loud cheering in awe of the outro chord progressions being released from their suspension. Other audible bonuses like the piano intro on ‘Mountains’ and the string sections on the closing track ‘Machines’, while they seem like little things, go a long way musically. But there’s more where that came from!

Like Nirvana covered Bowie’s early single ‘The Man Who Sold The World’ on their MTV Unplugged album, the Scottish group covers The Beach Boys’ Pet Sounds classic ‘God Only Knows’, after which Neil says “God bless Brian Wilson”, which really puts the icing on the cake for this live album. As a reviewer, it is almost inevitable that one is going to hear faults within a Biffy Clyro studio album (and their confirmed upcoming 2018 album probably won’t be any different) but this time round, it is proving to be extra difficult to find anything wrong with MTV Unplugged. It makes the listener wish that they were there to witness it themselves. The acoustics, bass, drums, vocals all bind together charmingly and results in a simply staggering performance where Biffy Clyro’s detractors should take heed! (8/10) (Harry Beynon)

Listen to MTV Unplugged (Live At Roundhouse, London) by Biffy Clyro here via Spotify, and tell us what you think below!