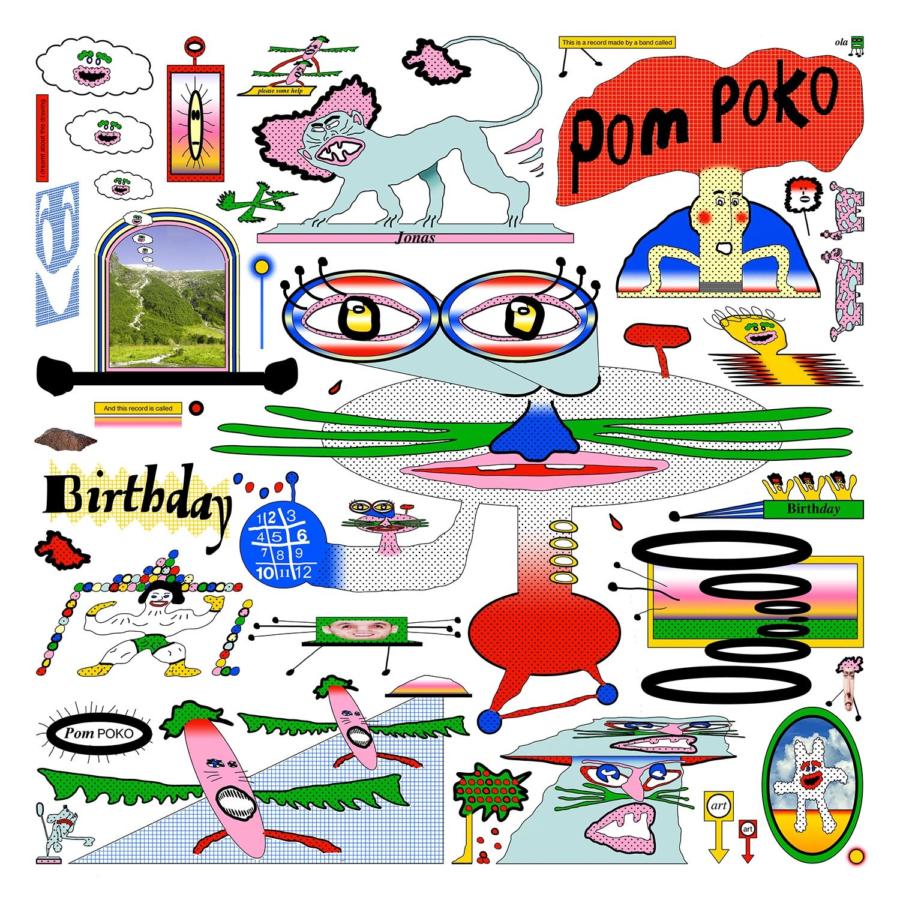 Energetic, creative and brilliantly unpredictable, debut album ‘Birthday’ shows why Pom Poko have been one of the most talked-about newcomers in indie.

The ideal outcome for a first album is to effectively showcase an artist’s influences and capabilities, and drop a couple of hints of their possible future direction. In this sense it has to be said that Birthday, the debut album by Norwegian punk outfit Pom Poko, is certainly a success, awash with avant-garde sonic manipulation and dirty guitar tones. The seemingly impossible search a band must undergo to forge a unique sound appears to have been no challenge at all for Pom Poko, as each track on Birthday takes the listener completely by surprise, with no telling where the music will go next; it is, to be blunt, completely mental. And we really like mental.

The band clearly know how to intrigue their audience by throwing caution to the wind through their insane choice of rhythm and harmony. It takes serious balls for an emerging artist to neglect standardised chord progressions and time signatures, tried and tested through the ages by countless artists, but it would seem Pom Poko don’t give a shit about standardisation. This is such a refreshing change from self-described ‘punk’ bands that couldn’t be further from creating original sounds and ideas, and Pom Poko’s filthy and unusual aural creations really satisfy a listener who is frankly bored of the same basic bitch sounds of the indie rock world.

The tracks ‘Follow The Lights’ and ‘Blue’ are both fantastic examples of the exciting and unorthodox approach to composition this band takes, all whilst maintaining melodic vocal lines and carefully considered production to keep a less well-disposed listener holding on until the interruption of an incredibly juicy, fuzz-soaked riff.

The impressive range of influences that can be recognised in Pom Poko’s music in combination with their stunning originality results in an incredibly interesting debut album. We’re excited to see where they take their sound next, and how they can possibly surprise us a second time round. We shall see… (7/10) (Jacob Kendrew)

Listen to Birthday by Pom Poko here via Spotify, and tell us what you think below!