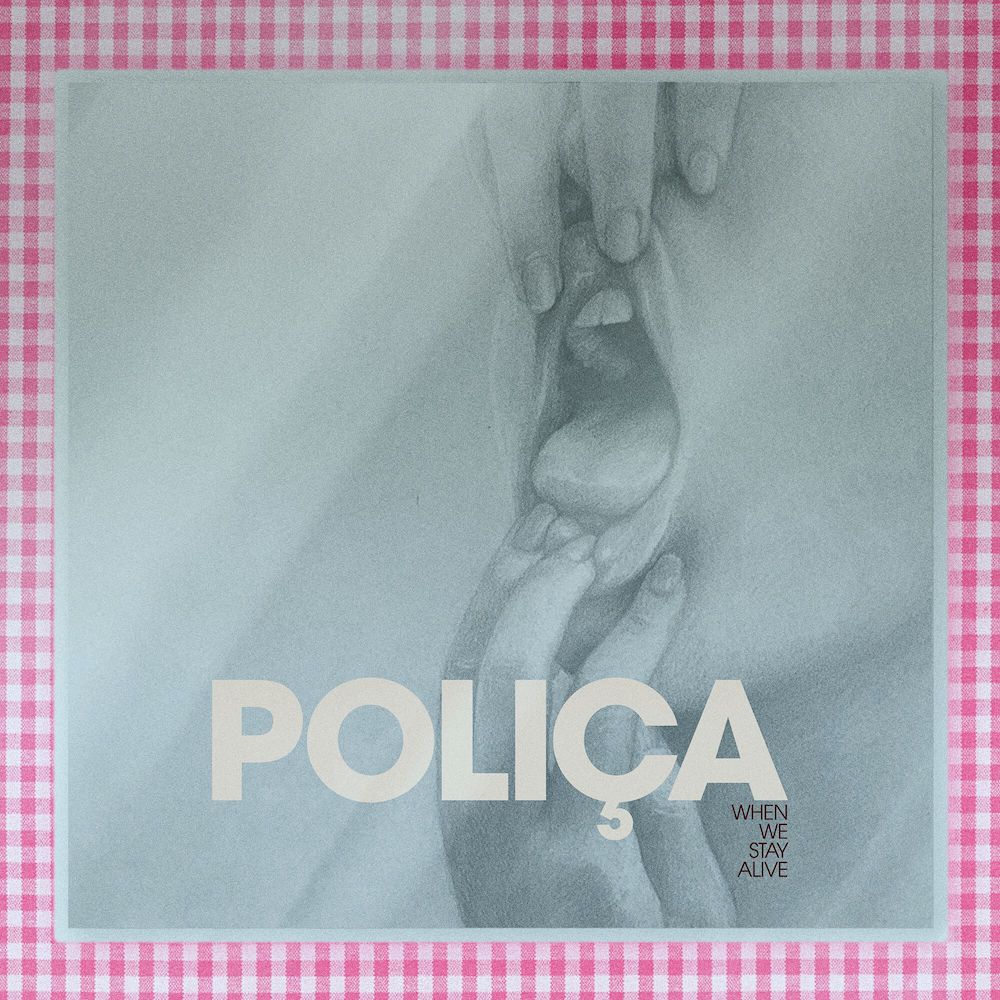 A document of recovery from Channy Leaneagh’s terrifying accident last year, ‘When We Stay Alive’ quietly demands your attention.

While recording Poliҫa’s fifth album When We Stay Alive, the band’s vocalist Channy Leaneagh was going through the hardest time of her life, facing the consequences of a terrifying domestic accident in early 2019 which left her almost unable to move, having broken her back. During her long physical recovery, she had been tempted to quit music altogether and needed to find new ways of working as a musician – a challenging process, but one which eventually opened up a path for some of her rawest lyrics.

When We Stay Alive is built on vulnerability and airiness of Leaneagh’s voice, but also a lot of darkness which cannot go unnoticed in the lyrics. On the album opener ‘Driving’, Leaneagh sings: “Snow falls on the tip of my tongue / Tasting blood of the violence to come / Branches hang low to drag and reach / Crows begging a hawk for its meat” with every single line of the song getting more grim and ominous.

There’s also a feeling of resignation on ‘TATA’ where Leaneagh admits “I hate the way you fight me”, and loneliness on ‘Fold Up’ that inevitably surrounds people when they’re facing some of the toughest moments imaginable: “Cause I’m lonely in my head / Always lonely in my bed”. These authentic and vulnerable confessions are sombre indeed, but surely played a cathartic role in Leaneagh’s recovery.

While the album’s lush sonic coating brings calm to the surface of it, there is a lot to take in while listening to When We Stay Alive, yet it’s not something which should leave anyone confused – it’s a reflection of a truly human experience, full of self-doubt, but also strength and willingness to heal. Done in a gracious and elegant way, Poliҫa’s new album goes through those emotions softly rather than in an aggressive, demanding way, looking for those who are willing to listen, rather than telling them what to hear. (6/10) (Alicja Rutkowska)

Listen to When We Stay Alive by Poliҫa here via Spotify, and tell us what you think below!