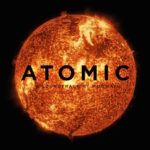 The thought of living in an age where the mere, simple push of a single button could begin the cataclysmic implosion of humanity as we know it is certainly not reassuring to say the least. The desire to harness the colossal capabilities of nuclear power has become subject to primary interest of superpowers around the world. The idea of developing something with such formidable potential is mind-bogglingly fascinating and yet eternally terrifying. The title of Mark Cousins’ recent documentary, Atomic: Living In Dread And Promise captures these contradicting emotions accordingly and is perhaps the ideal canvas for Glaswegian post-rock veterans Mogwai to draw upon.

In many cases, music can speak louder than words, and this is certainly the case in Atomic. Cousins needed a suitable dialogue to translate the breath-taking imagery that features in Atomic and Mogwai being no stranger to producing motion picture soundtracks, having previously composed the quixotic scores for Zidane: A 21st Century Portrait, The Fountain and Les Revenants, were an ideal candidate. Having previously visited the Hiroshima peace park, Mogwai have been able to utilise their emotions felt when experiencing such a tragic segment of our recent history. Although Atomic is entirely void of lyrical content, the sound creates its own universe.

First track ‘Ether’ is an obvious depiction of one of the more optimistic segments of the documentary. Glistening sparkles dance like magic amongst the stirring brass section before lifting off into a deafening climax of synth and bass drum evoking reflections of the infinite possibilities science can offer to mankind. ‘Scram’ poses the first aspects of uncertainty. Though the song begins with a similar twinkle heard in ‘Ether’, this is quickly silenced by the sudden swell of the thumping bass and consequently becomes far darker in content. ‘Bitterness Centrifuge’ is as haunting as it is epic and begins to highlight the raw power that humanity may be wise to leave alone. ‘Pripyat’ (a deserted town near Chernobyl) has a similar feel. What Mogwai seem to do well is present a looming sense of impending chaos without saying anything at all. The crashing percussion and the never-ending drone of the ominous synth in ‘Pripyat’ is a precise example.

‘U-235’ is possibly one of Atomic’s peaks. Having a far more electronic feel than most tracks on the album, the song feels like a strange journey through the cosmos and certainly once again complements Mogwai’s ability to take the listener to different realms of consciousness. Although dark, ‘Are You A Dancer’ is elegantly pensive. The slightly distorted string section brings a particular refined beauty as Atomic begins to enter final chapter of the story. Last track, ‘Fat Man’ (the codename given to the atomic bomb dropped on Nagasaki) is perhaps the perfect conclusion. The song begins with the stomp of a bass drum so rich in depth that its sound could easily be matched to the initial blast of an atomic bomb making contact with its desired destination. The ghostly piano that haunts the song throughout seems to finally place the loss and tragedy into perspective as the listener is finally left alone in silence with only their reflections of the last hour of audio to comfort the abrupt isolated loneliness.

Mogwai’s Atomic is certainly impressive on a number of levels. The bands ability to convey such rich and complex emotion without the utterance of a single phrase is magnificent to say the least. Without even watching the documentary, the listener is able to draw a fairly accurate representation of the message and imagery being conveyed. Atomic may not be about to bring worldwide nuclear disarmament however it’s profound quality may certainly help change some opinions. (8/10)

Listen to Atomic here, and tell us what you think below!