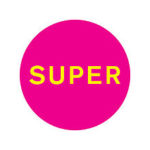 After three glorious decades, 13 studio albums and a vast arsenal of hit singles that have irrevocably altered the landscape of British pop music, it’s well past time that Pet Shop Boys were recognised as one of the greatest bands this country has ever produced. As a former Smash Hits writer and assistant editor, Neil Tennant always argued strongly for pop to be recognised as equal to, or greater than, rock music. Tired of the dismissive and high-handed attitude of many critics and most fans, he translated this attitude into the Pet Shop Boys, whose entire career could be seen as a musical extension of that same argument. Tennant and his long-term comrade Chris Lowe have partially succeeded in their mission: nobody could credibly make the argument in 2016 that the best pop is somehow less worthy of cultural analysis than guitar music. It’s a shame, however, that so much mainstream pop is crass, disposable and instantly forgettable, and this is where Pet Shop Boys are still needed, more than 30 years after their debut single.

Teaming up once again with Stuart Price after he helmed 2013’s Electric, a stunning return to form after many years of relatively inessential albums, Super pretty much picks up where they left off with another serving of crisp, bright electropop, only this time slightly more orientated towards the radio rather than the club. Where Electric featured just nine tracks, with extended, consistently upbeat structures reminiscent of the ‘in-the-mix’ feel of 1988’s Introspective, this finds them following the pattern laid down in most other PSB albums: a few mellow, reverie-like tracks mixed in to leaven the non-stop pop onslaught. Opening with a faintly cheesy retro-house banger in ‘Happiness’, featuring a curiously country-esque vocal performance from Tennant, we’re in classic latter-day PSB territory: not doing anything particularly groundbreaking, but doing it better than anybody else.

The beats and production are satisfyingly modern yet curiously timeless – the swooping, divebombing effects and clipped lyric fragments of ‘Pazzo!’ and the shades of EDM in ‘Groovy’ stand out – but where Super works best is where that musical precision contrasts with Tennant’s lyrics. With Price bringing a modern edge to his weary, arch observations, it lends credibility to the concept of the veteran, who’s seen it all, looking back on his experiences and addressing a new generation, and at the respective ages of 61 and 56, Tennant and Lowe prove that dancefloor pop isn’t something one should necessarily grow out of. Lead single ‘The Pop Kids’, an excellent house number, seems to get explicitly autobiographical in its sense of nostalgia, referencing “London” in the “early nineties”. Tennant and Lowe, pop culture nerds to the end, barely disguise the references to their undying professional and personal bond – they are the ultimate pop kids (“’cause we loved the pop hits / and quoted the best bits”).

Elsewhere, they sympathise with the anxieties and hang-ups of millennials in ‘Twenty-Something’ before realising they went through it all themselves (“you’re twenty something? / join the queue”). Getting in touch with their occasionally indulged political side, dating back to 1993’s Very and 2006’s Fundamental, ‘The Dictator Decides’ portrays a self-loathing, fatalistic political leader, begging for a way out of his predicament and resigned to a violent end – you can pick whether you think it means Blair or Cameron! The glittering, modern house missiles of ‘Burn’ and ‘Inner Sanctum’ keep the pace up at crucial points, with the latter having future single written all over it, while the disengaged elegy of ‘Sad Robot World’ explores influences such as Gary Numan and Kraftwerk. Closer ‘Into Thin Air’ sees Tennant explore one of the very oldest PSB tropes – two people against the world – and as such ends things with a more explicit reference to their legacy.

As an eagerly anticipated to a re-energised comeback album, Super passes the test handsomely yet doesn’t quite live up to the billing of Electric. That album was more varied and explored its ideas in more satisfying manner and for longer, whereas Tennant and Lowe rather hurry them out of the door here. Some tracks may also be a bit too similar to each other towards the end, but Super scans as another album of scintillating and remarkably fresh synthpop as Pet Shop Boys, kings of arch, intelligent pop music, continue to grow old gracefully. (7/10)

Listen to Super here, and tell us what you think below!