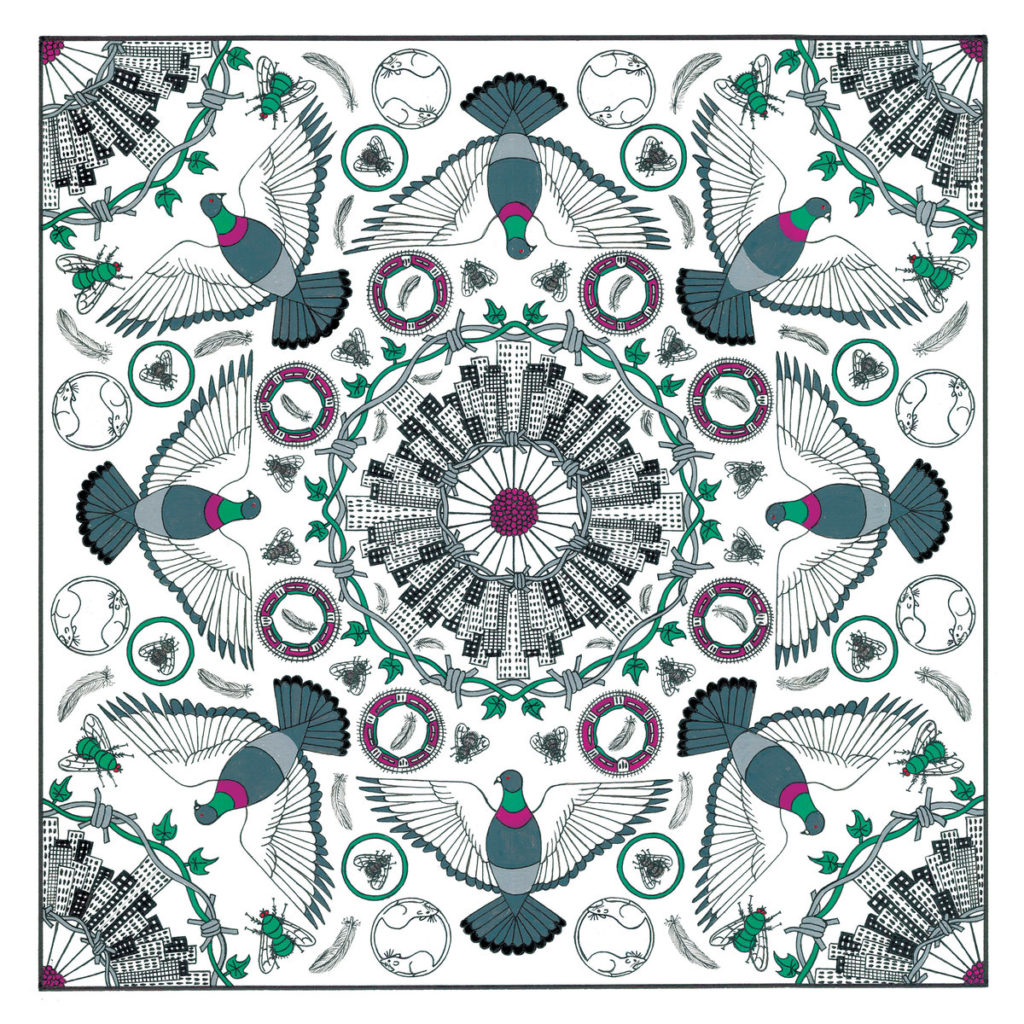 One can only hope that Modern Nature isn’t a one-off project for former Ultimate Painting star Jack Cooper, as ‘How To Live’ is a faultless gem of indie-folk.

Think of Modern Nature as a folksy, indie supergroup in which former Ultimate Painting and Mazes member Jack Cooper and Beak> member Will Young have teamed up to record a debut release How To Live. Also joining them are cellist Rupert Gillett, saxophonist Jeff Tobias, and drummer Aaron Neveu. The inspiration behind How To Live originated from a visit to the cottage where film director Derek Jarman – who died in 1994 and famously directed the short film The Queen Is Dead for The Smiths – lived. In fact, the band’s name is derived straight from Derek Jarman’s diaries. The cottage resides on Dungeness headland in Kent and a nuclear power station is situated close by, and this contrast between rural and urban landscapes brought about the album’s concept.

Having said that, listener’s will more than likely require a lyric sheet as Cooper’s softly sung words are frequently hard to pick up. Nevertheless, this album is very special in the most subtle way imaginable. Not only is the sonic make-up of this album indie- and folk-inspired, there are also smidgens of krautrock too. ‘Footsteps’ and ‘Nature’ sound as though they came from a Neu! record. Neveu’s motorik-style drums are light and delicate, adding fulfilment to Cooper’s evocative vocals. The short opening track ‘Bloom’, which precedes ‘Footsteps’, tugs at the heart strings by virtue of Gillett’s rather poignant cello playing.

How To Live is an album that flows seamlessly from beginning to end with no fillers or blunders in sight. From the downhearted and fragile Bowie-esque tone on ‘Criminals’ to the elegance and charm of ‘Peradam’ and ‘Séance’, the album seems glum in some moments, happy in others and is occasionally even successful in bringing these two moods together. Nowhere else is the latter case truer than on the nearly eight-minute closer ‘Devotee’ where the song begins similarly to ‘Bloom’, only there is the addition of guitar melodies that complement the cello parts very nicely. The song then transitions into a Boards Of Canada-style cascade of drums and electronica before slowly fading out.

If this is to be Modern Nature’s only release, that would be a huge shame, as How To Live is a resplendent and impeccably rendered indie-folk LP. There is without a doubt more than one album within them. With regards to great albums that have been released in 2019 overall, How To Live is one that is more likely to be a dark horse, if anything, but it most certainly deserves every drop of praise it receives. (8/10) (Harry Beynon)

Listen to How To Live by Modern Nature here via Spotify, and tell us what you think below!