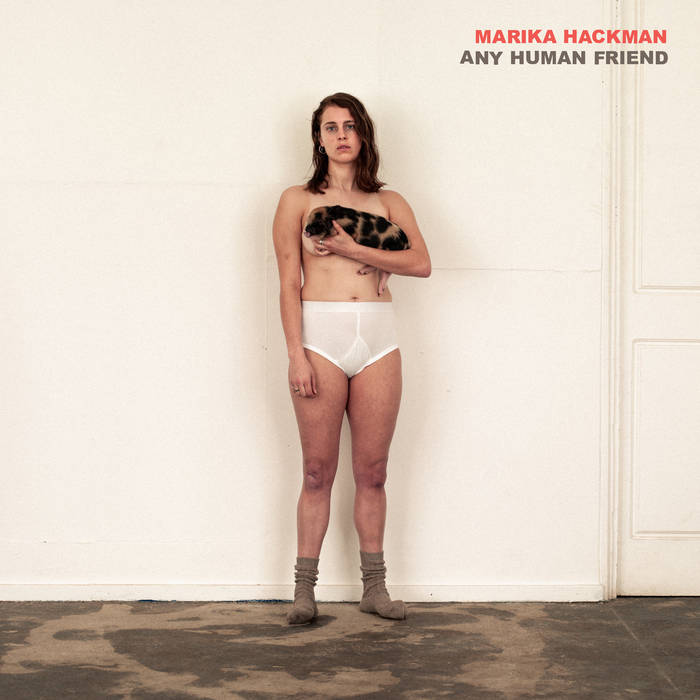 On ‘Any Human Friend’, Marika Hackman reclaims female sexuality in pop music and redefines it on her terms, through truthful and passionate songwriting.

Before releasing Any Human Friend, Marika Hackman talked about this new creative chapter of hers as a bolder and more explicit one. The English singer-songwriter admitted that her upcoming material would be difficult to listen to with her parents in the same room, while also stating that it was important for her to be honest and direct about topics such as sex and women. With Any Human Friend, Hackman opened up about sexuality but “in a much more unifying and sexy way” than the often disempowering music that speaks about women in a derogatory manner. Although Hackman already embraced her queer identity on her previous record I’m Not Your Man from 2017 and since then has been one of the most prominent female artist representing the community, with the new album she only solidifies her position and shows that commitment to being truthful and very straightforward is still the best approach to writing good music.

On ‘the one’, Hackman takes the very first steps into dissecting her feelings, such as jealousy and frustration with an aim of “peeling back the skin further and further” and facing whatever she finds within. Throughout the album she also takes back control of female sexuality on songs such as ‘all night’ and ‘conventional ride’ where she sings: “We got to sleep straight away, that’s okay / But I’m close to done with playing the nun, are you having fun?”. While the lyrical side of the album is captivating and can be urgently relatable, Hackman has also stepped into an exciting territory with her compositions and instrumentation – Any Human Friend is full of swaying melodies, perfectly representing the feeling of heartbreak on ‘send my love’, or even experimental electronic arrangements, which create an enigmatic ambience on ‘hold on’.

What seems to be yet another really appealing and engaging feature of Any Human Friend is the awareness that Marika Hackman is fully in control of what she says or plays on the album, and that she’s fully embraced whatever has been uncovered throughout that process. (7/10) (Alicja Rutkowska)

Listen to Any Human Friend by Marika Hackman here via Spotify, and tell us what you think below!