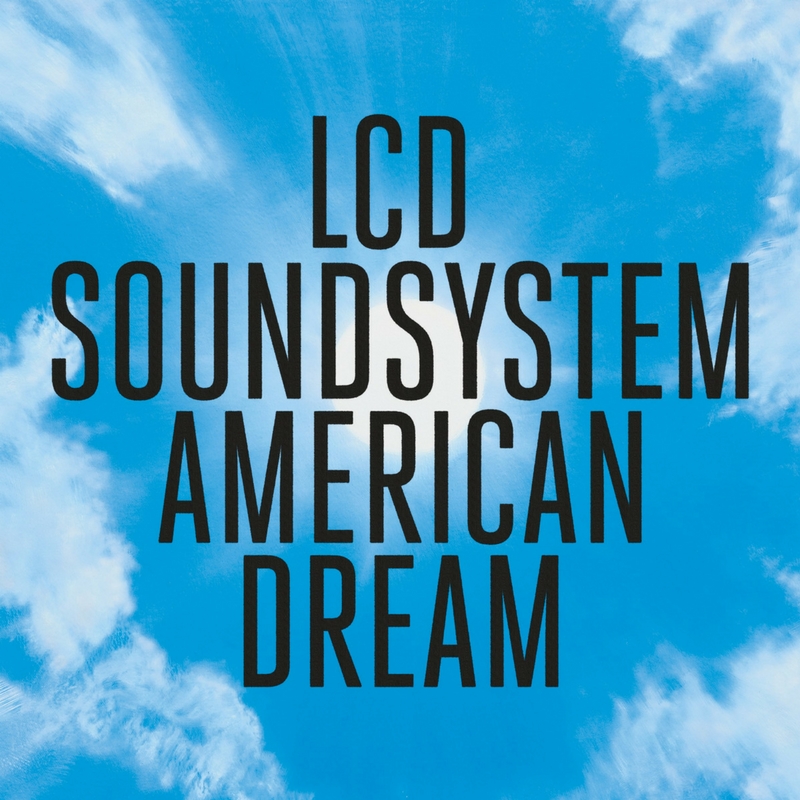 LCD Soundsystem fans worried about James Murphy’s return to the studio should be reassured that ‘American Dream’ stands up to all of their past glories.

When James Murphy’s legendary LCD Soundsystem disbanded with their lavish victory lap / send-off gig at New York’s Madison Square Garden in April 2011, there was a genuine air of finality about it. In the ensuing documentary film Shut Up And Play The Hits that captured the surrounding events of that momentous gig, Murphy clearly felt conflicted about killing off his creation, but underneath it all was certain that it was the right thing to do.

With their original three albums (2005’s LCD Soundsystem, 2007’s Sound Of Silver and 2010’s This Is Happening), he and his comrades had defined the Noughties like few other artists, fusing the ideologies of post-punk with the futurism of 25 years’ worth of house, electronica and dance music to make something credible for a new generation of fans who discovered music through the internet and via curated playlists, not wedded to any particular tribe. Right from their breakthrough hit ‘Losing My Edge’, a snarky and self-effacing piece of genius simultaneously celebrating and trashing musical snobbery, they’ve always been extremely ‘meta’, strangely suitable for the post-sincerity noughties they soundtracked. In Murphy’s own words, “LCD Soundsystem is a band about a band writing music about writing music”. The masses of critical praise directed at them outweighs that of virtually every other band of the decade.

But in the spirit of not outstaying their welcome, the end seemed to have been pre-planned, right down to the title of their third studio album. Having hit fame well into his thirties, Murphy decided that LCD Soundsystem should bow out at the top of their game. Since then, he’s concentrated primarily on production work, most notably on Arcade Fire’s fourth album Reflektor, and on opening bars and restaurants in his native Brooklyn.

However, what changed all that appeared to have been a chance meeting with David Bowie a couple of years later, in which the now-departed legend expressed his admiration for Murphy and urged him to reunite the band. When Bowie recommends you do something, it’s hard to ignore, and in the months after the great man’s death in January 2016, Murphy made the announcement that he was bringing LCD Soundsystem back from the dead, to paraphrase the official title of the ensuing world tour last year.

Many months later, so it is that there is a fourth LCD Soundsystem album – something we were previously promised would never happen – in the world. As with all albums recorded after reunions, there’s another question bound up with its existence: one of legacy and symbolism. As well as being any good, American Dream must also be worthwhile or, at the very least, not tarnish the reputation of the group’s original three albums, rightly regarded as a kind of holy trinity by LCD’s biggest fans. It’s one thing to play the old hits to the devotees, but quite another to add to a body of work whose quantitative size and qualitative reputation have been settled for quite some time, particularly one as revered as LCD’s.

So – was it worth it? A resounding yes, is the answer.

American Dream doesn’t particularly turn any new tricks as far as typical LCD playbook goes, making the record like a new chapter in the same book rather than the beginning of an entirely new one, following on logically from the moody, downtempo bpms that characterised much of This Is Happening and tracks like ‘Someone Great’ – addressing grand themes and sincere emotions – and this is likely what LCD Soundsystem fans will have wanted. Slippery, wriggly rhythms, piercing synths, post-punk guitar figures and world-weary vocals are still the order of the day.

Instead of instigating a revolution, the whole album seems like a kind of greatest-hits package, an edited highlights reel of former glories with songs that sound a bit like other great songs they’ve done before. Crucially, however, what prevents American Dream being a pale photocopy of the band they once were is that Murphy’s songwriting and arrangements are still in superb working order. Ideas of responsibility and time passing weigh heavily on American Dream, with Murphy, now nearing his fifties and a parent to a young child, seeing the world in a different light than before.

Opener ‘Oh Baby’, with its Suicide-esque ticking rhythm, is a strangely down-tempo and sparse intro to a first LCD Soundsystem album in seven years, but it’s suitable in a clearing-the-decks kind of way, suggesting that this won’t simply be a re-tread of past glories. ‘I Used To’ and ‘Other Voices’ find Murphy in reflective mode, wondering about his formative influences and how so many of his idols have passed on since LCD’s last album – Lou Reed, Alan Vega, Leonard Cohen, and of course David Bowie. Again, these tracks aren’t quite the LCD Soundsystem of old, with subtle injections of novelty in the familiar formula.

The atonal screed of guitars and what appears to be a ringing alarm bell that interject in the middle of ‘Change Yr Mind’ is also a treat. The track itself addresses the very reunion of LCD Soundsystem itself, whether such a thing is credible any more, with Murphy freely admitting that not everyone’s going to like it but he doesn’t particularly care (“I have a penny for your thoughts / If you could keep them to yourself”)

These opening tracks are eminently solid and immensely enjoyable, and while Murphy occasionally stretches himself, there’s the feeling of things bubbling under rather than boiling. However, just at the point when worries start to set in, an incredible sequence of five consecutive brilliant tracks pushes American Dream into the territory of the group’s own previous classics, up there with ‘All My Friends’, ‘Daft Punk Is Playing At My House’ and ‘Yeah’.

‘How Do You Sleep?’ is an undisputed LCD classic for the future. Beginning with a funereal beat tapped out on a treated drum-skin, before a twitchy synth pattern reminiscent of This Is Happening’s opener ‘Dance Yrself Clean’ changes the feel of the track altogether, as it gradually builds into an irresistible and kinetic finale that proves a show-stopping moment. Here, it’s like no time has passed at all since LCD’s break-up, proof that Murphy and his band still ‘have it’. Lyrically, it’s a savage broadside aimed at former friends, almost certainly DFA co-founder Tim Goldsworthy with whom Murphy had a dreadful falling out in 2013 (“Whatever fits in your pockets, you’ll get your due” maybe referring to the lawsuit he filed against Goldsworthy for missing funds).

That high is maintained for virtually all of the rest of American Dream. Recently released single ‘Tonite’, a disco-flavoured retro delight, is a mental middle-finger from music fans of a certain age, railing against the commodification of punk culture (Ramones T-shirts) as the years go by and those cultural moments recede further into the distance. The album’s first two singles, released at the same time back in May, arrive back-to-back – ‘Call The Police’ already feels like an exceptional discography highlight with its rubbery bass-line and “Heroes”-esque structure, and ‘American Dream’ goes nowhere absolutely beautifully, the lush backdrop and weird waltz-feel used as a canvas for a classic piece of Murphy existential introspection.

The doom-laden, urgent guitar figure looming over ‘Emotional Haircut’ is strongly reminiscent of PiL’s miserablist post-punk monolith ‘Albatross’, as Murphy addresses his ageing years with scorching couplets like “You got numbers on your phone of the dead that you can’t delete / And you got life-affirming moments in your past that you can’t repeat.” After such a strong and dramatic second-half, the 12-minute ‘Black Screen’ is an odd closer when compared to tracks that have concluded previous LCD albums, almost anti-anthemic in its moodiness and Eno-influenced ambience as it follows a weird dream logic to its conclusion as Murphy reflects on loss, with many believing its subject matter to be his friendship with the late Bowie.

After 70 sumptuous minutes, it’s wonderful to conclude that LCD Soundsystem, with American Dream, have undergone a credible artistic re-birth (if not a full-blown sonic re-invention) that could act as the foundation for a second golden age of creativity. It fully deserves to be mentioned in the same breath as the group’s previous albums – in many ways, that’s the best that could have been hoped for. (9/10) (Ed Biggs)

Listen to American Dream here via Spotify, and tell us what you think below!