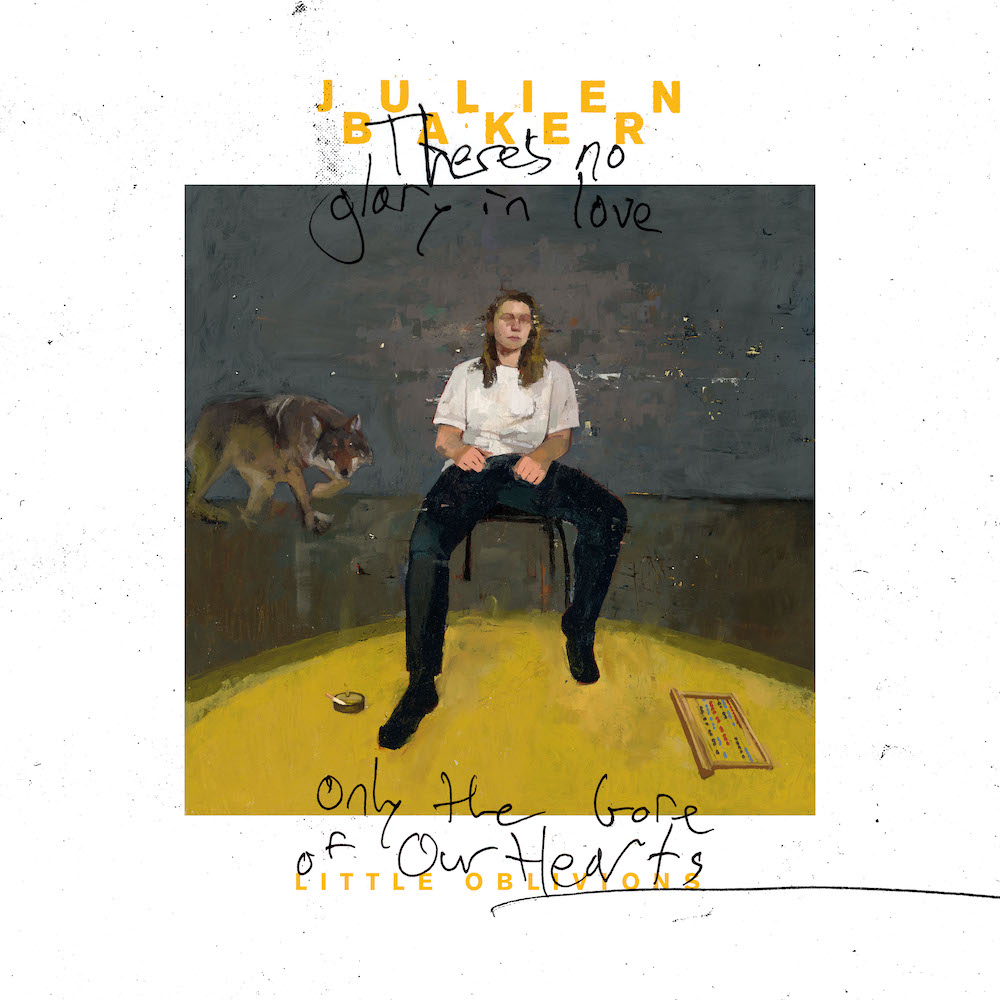 The Memphis-bred musician Julien Baker has re-invented her sonic identity with newest record Little Oblivions by inviting more crash and burn into her sound, whilst keeping her thoughtful lyrical ruminations on morality and sobriety. Known for her spectacular previous albums and involvement with the indie darling supergroup boygenius (comprising of Baker, Phoebe Bridgers and Lucy Dacus), the typical Julien Baker musical brushstroke used to be a sparse, confrontational affair. Little Oblivions takes a different turn. While still emotionally raw, if not even more cutting than before, the album is so much sonically thicker than anything else Baker has released before that it’s both startling and brilliant.

Little Oblivions is not for the faint of heart. As somebody wrestling with their religious identity and substance dependency, Julien Baker doesn’t hold back on baring her flaws and unhealthy coping mechanisms. She is relentless and doesn’t show herself any pity, which at times seems harsh. It’s not self-flagellation, but it’s nowhere near feel-good self-care motivational quote territory about ‘doing better’ which you might expect from a more commercial approach to ‘self-improvement’ we sometimes find in pop. “Start asking for forgiveness in advance / For all the future things I will destroy / That way I can ruin everything / When I do, you don’t get to act surprised” she sings on opener ‘Hardline’. It’s in moments like these where you can tell how Julien Baker analyses her own feelings and motivations with an almost academic precision, but somehow retaining her poeticism.

The instrumental part of this album might be a point of contention for some. With the addition of drums and drum machines, echoing at times in an almost stadium rock-like effect, the songs sound more grounded and bigger, yet at times seem to wrestle with Baker’s melancholic voice and piano. It’s not that Baker previously ever sounded ‘small’, but albums like Turn Out The Lights certainly felt intimate, almost as if you felt you were eavesdropping. Now, her songs are impossible to ignore. It’s important to note that whilst Little Oblivions sounds like Baker is in a room with other musicians, it’s still her playing all the instruments. Maybe this is just the natural discomfort that comes when musicians labelled as ‘indie’ veer off into a more ‘rock’ like sound, and suddenly their sound is a lot more grandiose, therefore the shift from the intimate to crowds and waving a lighter around. Pair it up with the emotionality and subject matter of the album, and in some ears Baker might sound preachy. But that’s simply not true. Maybe the sharpness of Baker’s lyrics slightly drown, but that makes it all the more rewarding when their meaning finally rings true.

Little Oblivions isn’t a quick record to get into, it takes several listens to make peace with its aforementioned sonic ‘thickness’ and layers that weren’t there before, but it’s rewarding in its emotional maturity and simply great songwriting. Almost every track is a hard-hitter: ‘Heatwave’, ‘Faith Healer’ and ‘Favor’ being just a couple of personal favourites. Each song offers a specific vignette of the struggles Baker encountered in 2019 when she relapsed into substance abuse, marrying with the restless overarching energy of the record into what essentially becomes an artful examination of an addictive personality, with its highs and lows, done exceptionally well. It’s exhilarating to think how the new generation of songwriters, such as Baker and her peers Phoebe Bridgers, Soccer Mommy, even Big Thief, are all producing some of their best work that many deeply emotionally connect with. And that’s important, as the emotional intelligence so common in their work, Julien Baker’s work, bleeds into our own ways of coping with our flaws. (8/10) (Aiste Samuchovaite)

Listen to Little Oblivions by Julien Baker here via Spotify, and tell us what you think below!