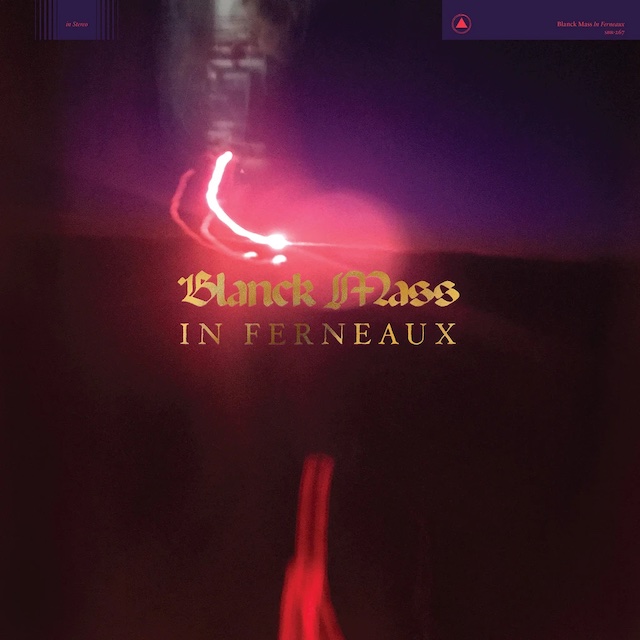 Consisting of two lengthy compositions, Benjamin John Power’s latest Blanck Mass album ‘In Ferneaux’ is as frustrating as it is inventive.

Benjamin John Power has been working on the Blanck Mass project for nearly a decade now. Since his former duo Fuck Buttons disbanded in 2013, The Edinburgh-based artist has produced five albums, as well as myriad EPs and the odd film soundtrack, and has had his music featured in the 2012 London Olympics opening ceremony. With each release, the music has been evolving and mutating, with every experiment paying off. However, In Ferneaux seesPower gently stepping on the brakes of this creative juggernaut, whilst still exuding the experimental spark that makes this unmistakably a Blanck Mass album.

Chattering arpeggios usher in ‘Phase I’, with a retro synth sound that immediately brings to mind John Carpenter’s dystopian soundtracks, painting an eerie skyline onto a hauntological horizon. Before you manage to feel your way around this uncanny environment, it soon becomes apparent as to why Blanck Mass decided to eschew a tracklist for this album. In Ferneaux consists of two long pieces of music, ‘Phase I’ and ‘Phase II’, each containing many different ideas which flow freely in and out of each other. The music constantly lures the listener into a false sense of security on this first side of the album, following dread-inspiring drones with snapshots of serene reflection, and back again, in quick succession, allowing no time to get too comfortable. There are huge melodies and striking leads, all symphonic strings and gentle harp plucks, juxtaposed with schizophrenic speech samples and uneasy drones.

‘Phase II’, meanwhile, contains some of the more interesting material on the record. The darker sections of this side in particular contain some great ideas. The immediate burst of grinding industrial noise that introduces this piece will delight fans of Power’s previous work, and the intense tribal drumming atop sampled screaming and chanting are some of the most unsettling and memorable points of the whole album. However, by the time these highlights roll around, their merit is undermined by the tiresome predictability of the album’s dynamic. Waves of chaos, quickly followed by contemplative calm, is a pattern that Blanck Mass just about gets away with for half an album, but by ‘Phase II’ these fluctuations begin to grate. It’ss very easy to completely lose interest in once it becomes clear that the ceaseless changes in mood are here for the long haul.

The more serene sections of ‘Phase II’ come as some disappointment, too. Despite the grandeur and sheer size of the melodies in these sections, very little is memorable or even particularly original, and some of the motifs border on corny. This is a great shame for the artist whose long career has consistently produced some of the most innovative electronic music of the millennium. Listening to a track like ‘Sundowner’, from Blanck Mass’ self-titled 2011 debut, it is difficult to see where exactly Power has developed as an artist.

In fairness, the Blanck Mass project has been making huge leaps forward at an exhausting pace for the last ten years. Benjamin John Power has released album after album of quality material, each more developed and compelling than the last, and has become a solid and reliable fixture in the world of experimental music. Whilst In Ferneaux falls short of the expectations set by the likes of World Eater and Animated Violence Mild, nobody could deny Blanck Mass the privilege of resting on its laurels – just this once. (5/10) (Louis Marlow)

Listen to In Ferneaux by Blanck Mass here via Spotify, and tell us what you think below!