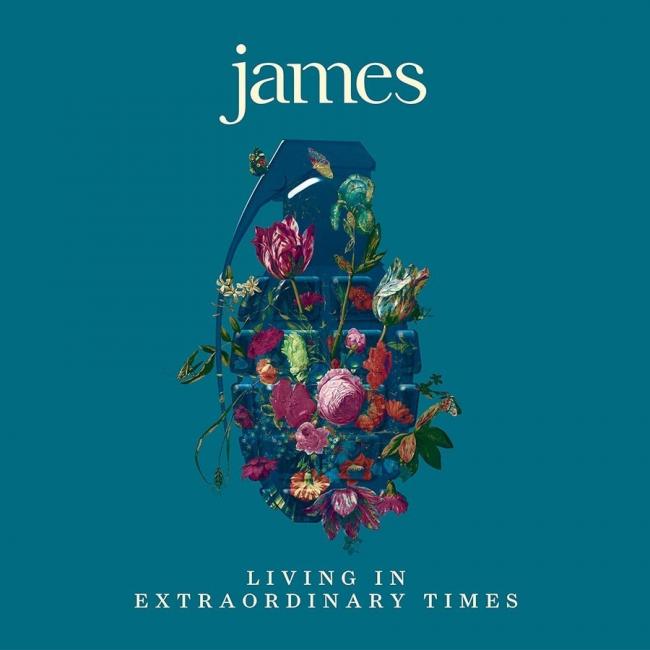 Full of swirling, occasionally transcendent arrangements, ‘Living In Extraordinary Times’ proves that, even on their 15th album, James are still a viable creative force.

Manchester-based veterans James have escaped the fate of many of their baggy and Britpop contemporaries by hitting one of the richest veins of form in their career in their third decade together, not to mention the fact that their back catalogue is one of the most enjoyable to revisit, littered with indie-pop nuggets of wanderlust. Seriously, any of their best of collections is essential ownership… sorry, we digress. Anyway, inspired by Leicester City’s Premier League title victory and the miasmas of Donald Trump and Brexit – all occurrences that professional pundits thought were impossible, remember – their 15th album Living In Extraordinary Times seeks to provide an impressionistic commentary on what it means to be alive in 2018.

Lead single ‘Better Than That’ was one of the best tracks that James have released in many year, transporting the long-time fan back to those effortless glory days, with Tim Booth’s somersaulting vocals in as stunning form as they’ve ever been. That song’s emphasis of texture over melody is a recurring theme of the album, just as it has been throughout much of the group’s career, and the results are sometimes transcendent. The main driver of Living In Extraordinary Times is Dave Baynton-Power’s drumming, which sees him working overtime in the engine room as his bandmates provide texture to make the songs soar.

The clattering opener ‘Hank’, a tirade against Trump’s America, manages to be both angry and cinematic at the same time; the frenetic ‘Heads’ is one of the most bonkers things they’ve ever delivered; ‘Many Faces’, judging by their recent live performances, looks set to be a permanent fan favourite. Recent single ‘Coming Home (pt.2)’ is a follow-up of sorts to their 1990 hit ‘Come Home’ nearly three decades later, bemoaning the lack of connective fibre in modern society (“FaceTime on Father’s Day”). At nearly an hour though, the album is perhaps a little too long and indulgent at times, and in need of a bit of economy and editing, but it’s difficult to conclude that Living In Extraordinary Times is anything less than a minor triumph.

An often overlooked band that boasts a committed fanbase, James have scored four UK no.2 albums in their long career, including with 2016’s solid Girl At The End Of The World, but have never topped the charts. Perhaps now, with this refreshed and energised new collection and with public appetite for the band as high as it’s been since their original run, they can at last go one better. Far from being a heritage act content to hoof the old hits round the small festival circuit, James is a living, breathing creative entity – Living In Extraordinary Times proves that. (7/10) (Ed Biggs)

Listen to Living In Extraordinary Times by James here via Spotify, and tell us what you think below!