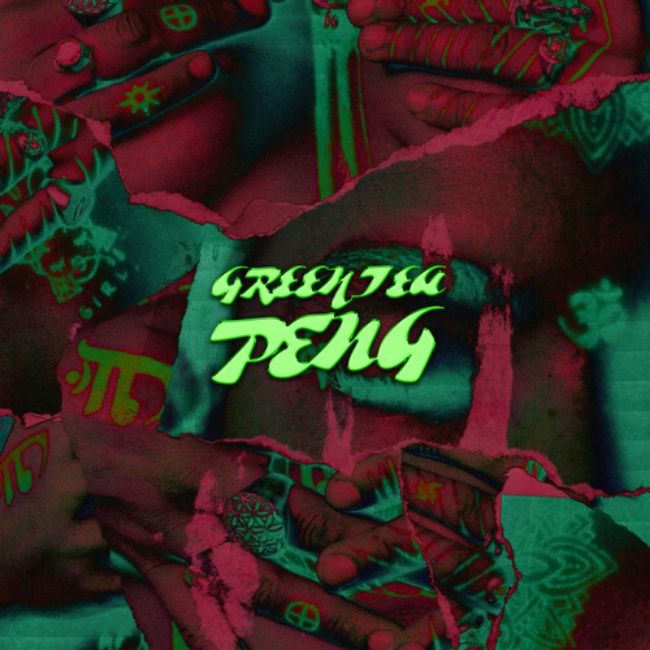 When listening to Greentea Peng for the first time, the correlation between her name and her sound is instantly noticeable. Like a late-night brew, her soulful, purring vocals are warm and comforting, while the rich, mellow production that accompanies her is coated in a psychedelic haze. It’s a formula that was solidly established on last year’s debut EP Sensi as well as this summer’s mini-viral hit ‘Downers’, and one that’s generated a considerable amount of buzz.

Rising, the London singer-songwriter’s latest EP, is very much a case of refinement, but it’s impossible not to get wrapped up in its cool, blissful atmospherics. Lead single ‘Mr. Sun (Miss Da Sun)’ is a thing of beauty. Coming off like a British Erykah Badu, Greentea Peng pays tribute to the bright, burning star in the sky, confessing that “no one lifts me like you do” over a woozy trap beat and flurries of saxophone. It’s this infatuation with grander, more spiritual themes that makes her such a unique talent. Falling in love puts her in a state of total nirvana on the mesmeric ‘Saturn’, opening her eyes to the beauty and tranquillity of the world around her (“My friend Earth spreads his wings / And the waves they do sing / Diamonds sun starts to skin”).

Like on Sensi, the production is wonderfully diverse and full of colour. ‘Risin’’ is reminiscent of Flying Lotus’ brand of experimental electronica until the seamless transition into the dub-flavoured coda, while the percussion on the slick R&B of ‘Sane’ gives it a club-ready hue. Then there’s closing track ‘Liberation’ which, while slightly undercooked in terms of structure, neatly channels the Afrobeat stylings that have become a heavy influence on current mainstream pop.

Rising is another characterful statement from Greentea Peng, packing in lots of captivating textures and lyrical depth across its 18-minute runtime. She might still be relatively new to the game, but based on the work she’s released thus far, she’s firmly on the path to even greater achievements. (8/10) (Matty Watkin)

Listen to Rising EP by Greentea Peng here via Spotify, and tell us what you think below!