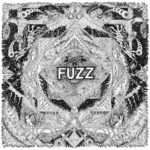 Does Ty Segall actually sleep? Fans of the Californian crate-digger will know that he releases a solo album once a year, as well fitting in full-time membership of no fewer than seven other bands, one of which is the friends-only project Fuzz. Forming it alongside his long-time buddy Charles Mootheart (also a guitarist in the Ty Segall band) back in 2013, their self-titled debut was a hermetically-sealed time capsule of earthy psychedelia, featuring Segall on drums and vocals with Mootheart in full control of the guitar work. With II, Fuzz telescope in on a particular aspect of that sound: the guitars.

Kicking off with portentously titled seven-minute track ‘Time Collapse II / The 7th Terror’, Segall and Mootheart riff, rattle and roll through more than an hour of Sabbath, Zeppelin and Nuggets-indebted garage rock. It’s very nearly twice as long as Fuzz, and the sound of Segall without his trusty Fender and pushed to the back of the mix for the entire time initially sounds like a deeply unsatisfying one. However, it will appeal to fans of hard rock and stripped-down, White Stripes-influenced blues punk alike. Having added a third member on bass, the only thing the band seek to really play around with is tempo, ranging from the stalking pace of ‘Rat Race’, the graveyard groove of ‘Pipe’ to the soaring psychedelia of ‘Let It Live’, but the buzzing, analogue guitars and vintage sound are pretty much constant.

The proper sprawl of the 14-minute-long instrumental closer ‘II’, which is subdued and brooding for most of its running time before finally imploding into static, is one of the few times we see a different side to Fuzz. The loose, stomping rhythm of ‘Sleestak’ may only be a sketch, but it’s probably the only occasion where Segall gets the spotlight. Aside from its length and the relative lack of variety within – there’s ultimately very little to distinguish any one moment from 75% of the rest of it – II will be a pleasurable experience for fans of hard rock, spectacular guitar work and old-fashioned thrills. (6/10)