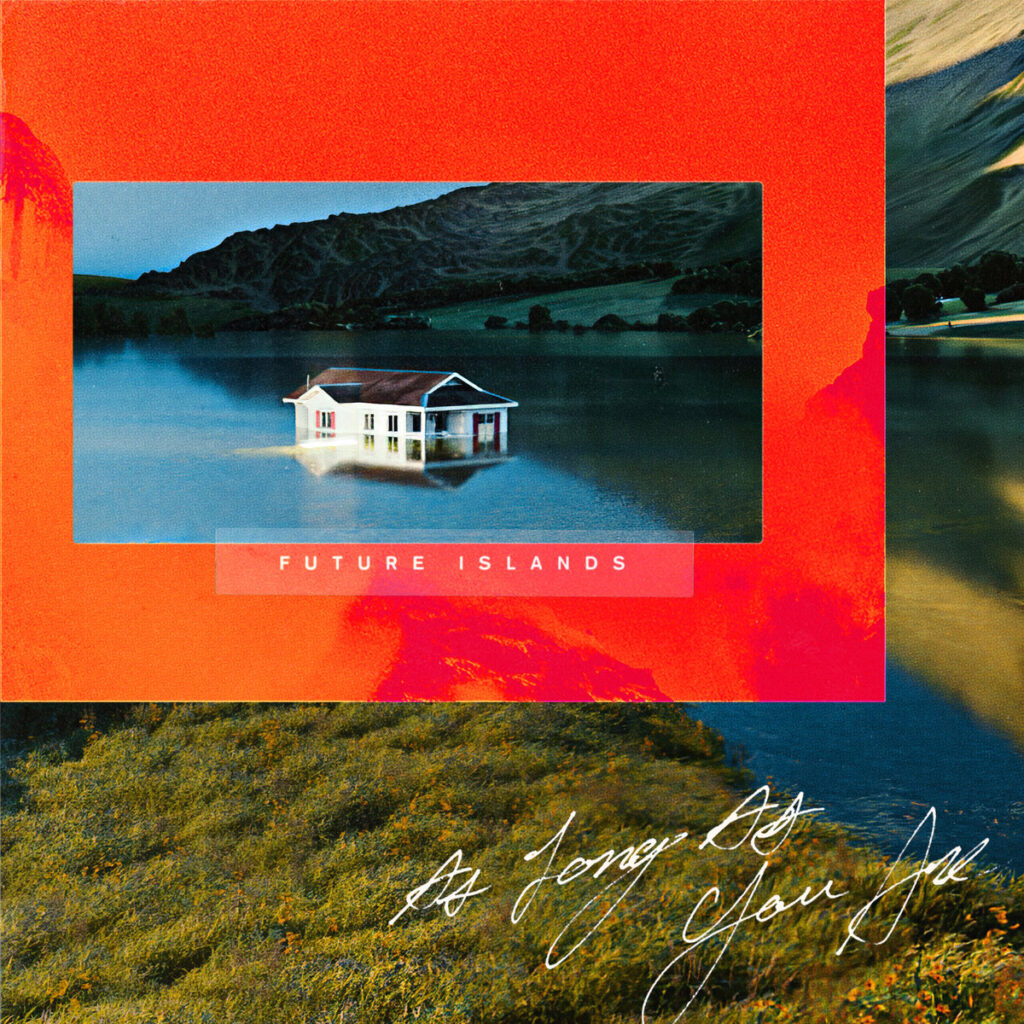 Emotionally unshackled but musically pristine, the contrasts of Future Islands’ sixth album ‘As Long As You Are’ make it their most rewarding so far.

Active since 2006, Future Islands have continued to churn out fabulous songs and magnificent synth filled projects and have had a great run in the second half of their career. Future Islands has been described in great magnitude as a synth-pop group, but the members of the band have continually disagreed with that tag and have maintained that they be labelled as ‘post-wave’, by combining the romanticism of new wave with the power and drive of post-punk but the discussion never seems to end. The band rose to prominence with their 2014 record Singles, wherein the lead single ‘Seasons (Waiting On You)’ was considered best song of the year by Pitchfork and NME – sparked by their now-legendary performance on Letterman, it was a moment of cut-through that vanishingly few indie bands enjoy any more. As Long As You Are follows up their hastily-recorded 2017 album The Far Field, and where the condescending or driving tone of its predecessor metamorphosised into existential dread and anguish this time out.

As Long As You Are sees the band spinning off the tracks and reaching for the metaphorical bottle. The anthems, full of Samuel T. Herring’s gritty growl, have been replaced by broken ballads racked with haunting memories. Herring’s vocals, too, are more restrained and introspective than we have come to expect. The simpler instrumentation only lays down the sober and sombre tone of the songs, making them more hard hitting than they have ever been. For all of the baroque, restrained grace of previous records, As Long As You Are demonstrates that Future Islands at their most uncompromising and imaginative where no holds are barred.

The record starts with ‘Glada’, a slow burning ballad about the rebirth of spring and of feeling love again, but which more importantly sees Herring question whether he deserves that feeling. Future Islands summed up ‘For Sure’ as “a song about love and trust because one cannot exist without the other”. On ‘Born In A War’, the band laments about the gun violence that is prevalent in the States. Following this are the brutal ‘I Knew You’ and the haunting ‘City’s Face’, two toxic tales depict the tortured frontman reflecting on his past relationships. Standout track ‘Waking’, with its pulsing basslines and widescreen ‘80s synths, sits perfectly alongside the likes of 2014 breakthrough single ‘Seasons (Waiting On You)’.

‘The Painter’ asks why the ideologies of politics and morality of people differ so much, why cannot the people commonly agree on a certain topic. Then the listener encounters the intensely moving ‘Plastic Beach’, which addresses how love can help to overcome body dysmorphia. ‘Moonlight’ is about acceptance because that is what love allows us all. Then the listener is greeted by ‘Thrill’, a song about battling addiction in Greenville, North Carolina, where Future Islands began its journey. It is about the isolation and fear we feel in our homes and in society. And at the end of this journey, we reach ‘Hit The Coast’, which Herring describes as “a song about putting everything into your car or your van and getting away from all the toxic things in your life […] cause sometimes you have to go.”

Crucially, As Long As You Are doesn’t neglect to let some light and optimism pierce the overall gloom of proceedings. The band often claims that there is chirpiness in pain (dark) and gloominess in hope (light) and therefore, their dark and grim vocals and depressive overtones are often coupled with bubbly and fast-paced instrumentation. While a handbrake U-turn for Future Islands, all of the signature elements are still present: the bass guitar is steady, Herring’s powerful vocals are growly, the tone is gritty, and the dreamy synths are plentiful. As Long As You Are perfectly encapsulates the message of the songs and overall arching theme of existential dread, and completely satisfies the listener on its own terms. (9/10) (Aryan Agarwal)

Listen to As Long As You Are by Future Islands here via Spotify, and tell us what you think below!