REVIEW: Fightmilk – ‘Not With That Attitude’ (Reckless Yes) 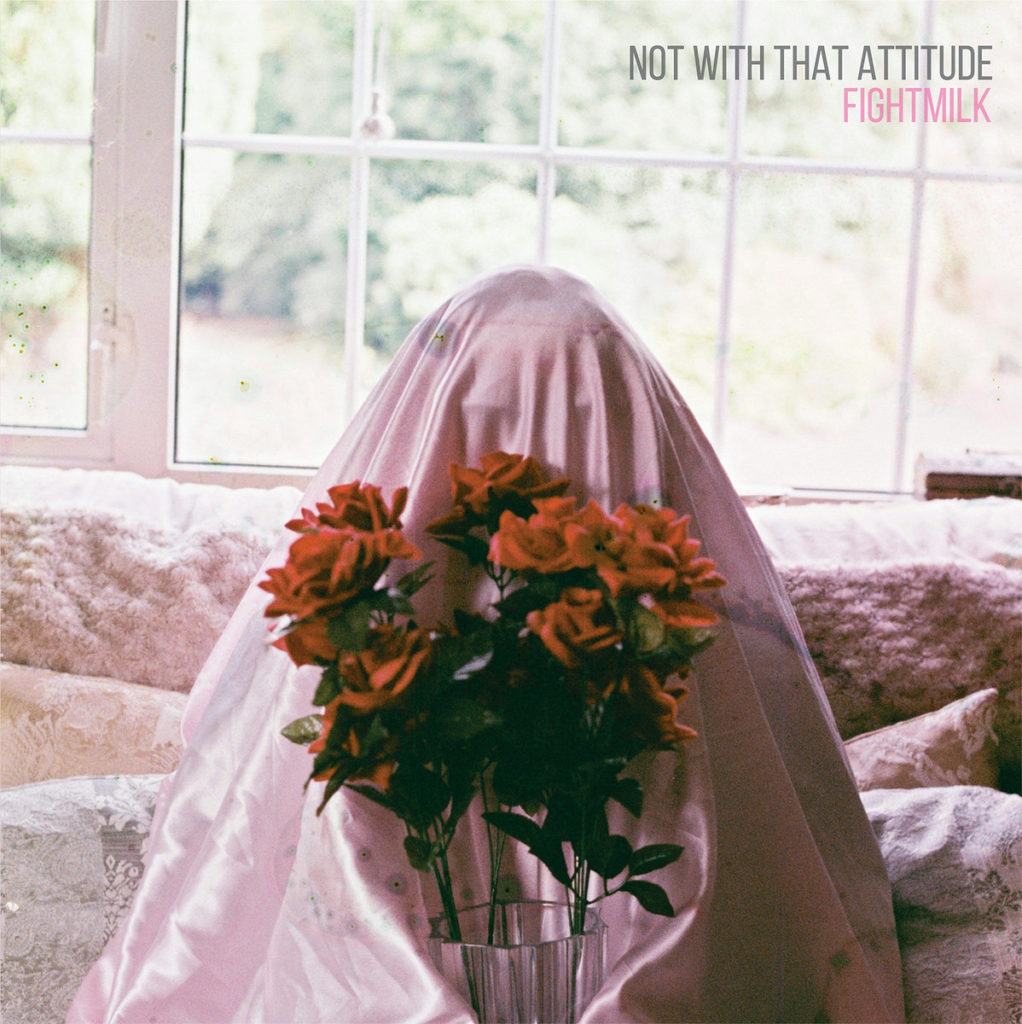 London-based indie-punk quarter Fightmilk deliver a solid debut album that shows great promise for future evolution with ‘Not With That Attitude’.

If there’s one thing we love at the start of an album, it’s a sonically-delivered punch in the face, and Fightmilk’s Not With That Attitude delivers said punch. The opener of this London-based band’s debut album, ‘How You Move On’, begins with a deceptive and relatively clean twang of guitar, before the crashing entry of the full band; pop-punk energy infused with the roar of an early Foo Fighters track. A promising start for the ears, and one borne out by their clutch of wholesome EPs over the last couple of years.

Not With That Attitude demonstrates this band’s musical capability in creating uplifting, and dare I say it, almost anthemic alternative rock. The guitar sounds of this album seem to vary by relying more in technique than tone, twisting melancholy topic material into more of a bittersweet but overall positive feel, and ranging in influence of sound from the chugging power of American punk, to even the work of Fleetwood Mac’s Lindsey Buckingham in places of less texture. Obvious influences of a particularly well-known post-punk/new wave band, whom also feature a female lead vocal, are very evident on the track ‘Dream Phone’, and similarities can also be drawn between Fightmilk and the American-origin band, Paramore, admittedly again due to the powerful female vocal. Despite what I would consider heavily American influences, delivery of Fightmilk’s material is undoubtedly more ‘British’, a word often by music journos when unsure quite what gives a piece of music that certain ‘grittiness’ around the edges.

The lyrical content covers both delicacy and empowerment, with songs such as ‘Your Girlfriend’ encapsulating the emotional rollercoaster of someone hopeful of love, and brings the listener bites of relevancy. Some lines are delivered with perfect cynicism to the topic material, such as the line “You’re Twitter famous, whatever that means”, from the song ‘Get A Grip’. They also seem to be aware of any of their own lyrical clichés, yet have enough attitude to refuse to rectify them, such as in ‘Summer Crush’. This is pleasing to hear because cliché or not, it conveys the appropriate emotion, and really that’s all anyone can ask from a piece of music. And let’s not forget that stunning lead vocal on tracks like ‘Lucy’, showing this band are capable of making a very memorable chorus line.

The only complaint I would dwell on for this album is a complaint I regularly have for many bands under the heavily connotated genre of present-day indie or alternative rock, and that is the similarity of numerous tracks. Not wishing to sound disparaging of the songwriting capabilities of the group, and it’s certainly important for a new band to have a ‘sound’, which Fightmilk are certainly honing, but there’s a disadvantage of an inadvertent formula of production where new listeners might find it hard to discern between the more similar, sound-alike tracks. That being said, Not With That Attitude is broken up really nicely with tracks such as the aforementioned ‘Dream Phone’ that create a satisfying change of pace.

Overall, Not With That Attitude presents a good indie rock package drawing from numerous influences to forge a satisfying sound throughout, all whilst not straying too far from the standards of the alternative. It’s clear that Fightmilk have had a lot of fun creating the album and no doubt in performing it, and that feeling is communicated through the recordings. Their lyrics create a continuation of similar emotional themes, but with great contrast in the perspectives from which these themes are viewed. Not With That Attitude is a debut successful in displaying the band’s musical take on the world around them that can no doubt be translated well to a live performance. (6/10) (Jacob Kendrew)

Listen to Not With That Attitude by Fightmilk here via Spotify, and tell us what you think below!