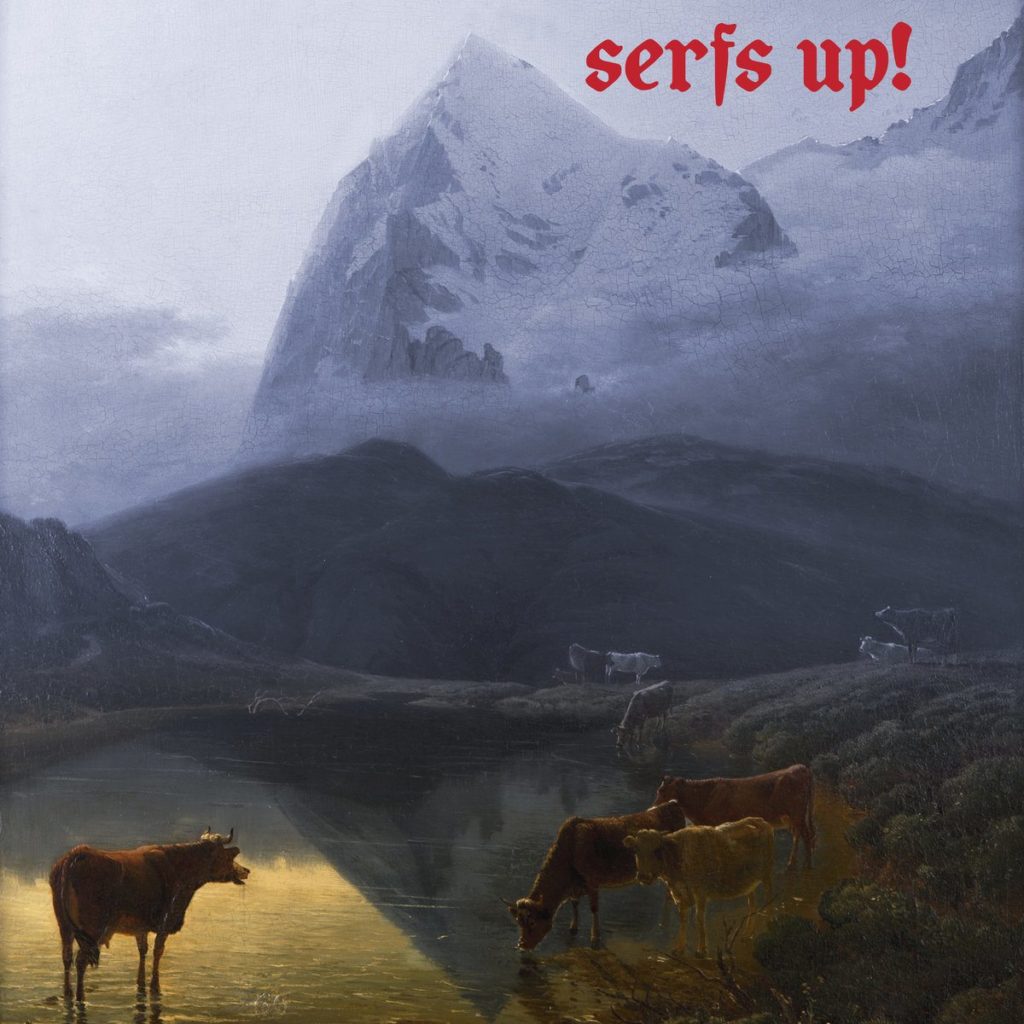 More dynamic and diverse than anything they’ve done before, ‘Serfs Up!’ is where the hype around Fat White Family is finally justified.

It’s taken a long time for Fat White Family to get to where they are today. Countless bust-ups, make-ups, hirings, firings, and the odd heroin addiction had so far produced two very good albums – 2013’s sleazy Champagne Holocaust and the somehow-even-sleazier Songs For Our Mothers – yet the Fat Whites have yet to make a great record – until now. By moving from Brixton to Sheffield and boiling the group down to a core of three principal songwriters, frontman Lias Saoudi, guitarist Saul Adamczewski, and Lias’ brother Nathan on keyboards, the Fat Whites seem to have cracked their own code. The resulting album, Serfs Up!, is what Fat White Family’s fans have been waiting for since 2013.

Serfs Up! is a real joy, because the Fat White Family have at last found themselves as a band. Whilst their first two albums were solid post-punk efforts, they were so frustrating – everybody knew there was more to the Fat Whites than the scuzzy, swampy gross-outs they came to be known for. Until now, the idea of the Fat White Family was always more appealing than how the band actually sounded, but Serfs Up! really flips that idea on its head. All of the songs are fully realised, and there is a much greater variety of sounds and textures across the tracklist.

Although the Fat Whites still inhabit the surreal, hypnagogic twilight zone somewhere in between disco, funk, punk, and Throbbing Gristle, Serfs Up!’s appeal lies in the broadening of the band’s horizons. They certainly channel their original influences, particularly in the queasy grooves of opener ‘Feet’ and the dusty rhythm of ‘I Believe In Something Better’, and Lias’ distant voice even has a twang of Genesis P-Orridge about it. However, the full range of the band’s taste is allowed to really shine through on other tracks on Serfs Up!. ‘Vagina Dentata’ sounds like a vaporwave rendition of ‘Benny And The Jets’, and ‘Oh Sebastian’ has the twee chamber-pop charm of John Cale’s early solo work. ‘Fringe Runner’ is one of the band’s most danceable songs to date, and ‘Rock Fishes’ channels smooth soul.

It is hard to put into words the degree to which Serfs Up! is better than the rest of Fat White Family’s discography so far. In particular, the production and performances are outstanding. Lias’ signature seedy delivery is understated and all the better for it, and the vocal harmonies throughout the album are on point. The chorus of ‘I Believe In Something Better’ is joyous down to the almost-spiritual organ chords, and melancholic nuclear war ballad ‘Kim’s Sunsets’ is sweetly, satisfyingly melodic for a band that has tended to shun any notion of melody until recently. Closer ‘Bobby’s Boyfriend’ is unsettling, but not in the usual Fat Whites way – opting for a creeping sense of vague discomfort, rather than the full-on freak-out the band would have gone for three years ago.

Serfs Up! is simply far more dynamic than anything the band has released so far, with so many new shades and flavours. This makes for a welcome change when the Fat Whites’ discography until now has been very much monotonous – that is not to say boring, but two albums full of relentless squat-punk makes for tiring listening. The Fat White Family are finally worth all their early hype, and although it’s been a long time coming, the pay-off is worth it. (9/10) (Louis Marlow)

Listen to Serfs Up! by Fat White Family here via Spotify, and tell us what you think below!