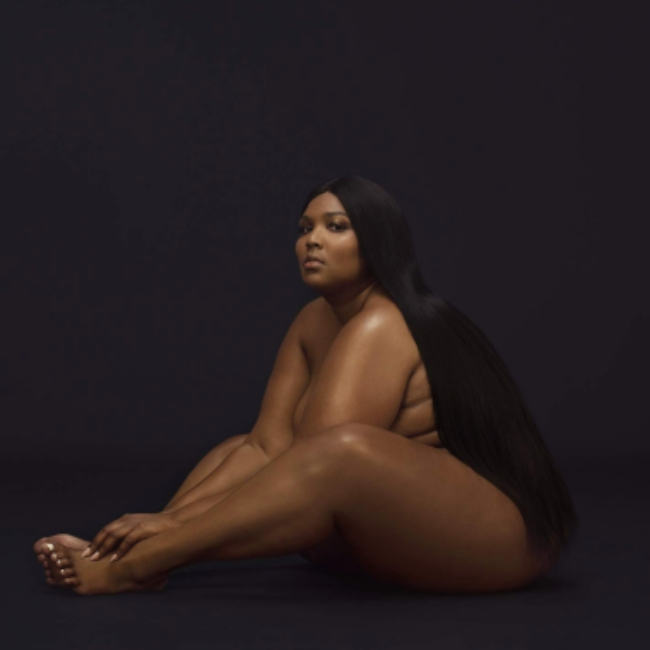 Flitting between heartbreak, female empowerment and braggadoccio, ‘Cuz I Love You’ should finally see Lizzo break into the mainstream.

For all that’s written about the dancefloor-oriented nature of her work, Lizzo makes music that feels deeply personal. She notes that in the lyrics of her past albums “…There’s self-exploration. There’s self-love. Then there’s self-realisation”. Cuz I Love Youis her third full-length studio album, and she remains committed to these themes and more. Her razor-sharp wit, versatility, and musicality shine through its brief 33 minutes. Lizzo’s storytelling is forthright, and the album has a strong narrative which is expressed in several forms, from ballad to club banger.

But Lizzo’s storytelling is not just outstanding in Cuz I Love You, it shines throughout her entire discography, and her music appears to deliver a reflection of her beliefs of radical self-love. Just look to singles like ‘Good As Hell’ or ‘Truth Hurts’, both serve a clear empowering purpose. This is what draws an artist into the realm of true greatness – her music is deeply personal yet empowering to others at the same time. Her vulnerabilities are a resource for others to feel better about themselves, and she feels comfortable using them as such, particularly for young black women who can see themselves in her.

Lizzo is by no means the first artist to be deeply honest, personal, or confident. This isn’t new at all, particularly within a genre like R&B or pop. But as a black woman with a distinct style, rooted in funk, soul, and dance music, she has shattered a ceiling in the music industry and made space for herself. A space which, without the adequate cultural tools, allows her to be misconstrued. This is almost epitomised in her appearance on ‘The Jonathan Ross Show’ where she gave the audience a frank reminder: “Twerking’s been out for thousands of years”.

Cuz I Love You is frank almost in the same way, each of the 11 tracks are clear in what they are trying to convey. Each song is enjoyable either as a standalone track, or as a fragment of a clear long-standing message of self-exploration. The instrumentals on this project are a perfect blend of both retro and timeless. The melodies are slick and concise. Take the opening title track, ‘Cuz I Love You’, a hearty ballad which from its first note demonstrates Lizzo’s vocal prowess. The delivery and swinging instrumental is reminiscent of a Queen song, with a thick bed of horns, piano and crashing drums. Then there’s the standout single ‘Juice’, which is now Lizzo’s most popular track to date. It features her sultry, deep vocals flickering between singing and half-baked rapping on an up-tempo, groovy bassline. Similarly, ‘Crybaby’ emits the same retro funk energy, but it carries a hard-hitting Prince-like tone with its lengthy guitar ballad and the singers passionate crooning.

Latest single ‘Tempo’, featuring Missy Elliott, to whose music Lizzo is a kind of spiritual inheritor, is a fiery, time-warping club banger. The punchy synth and bass can be placed in the late ‘90s or early ‘00s, but with the combination of quick ad-libs and Lizzo’s smooth flow, the track feels modern. Lizzo and Missy’s chemistry is infallible, and the two artists drop sleek double entendre-filled bars for the whole three minutes. Bassy dance tracks have always been a strong point for Lizzo. This can be traced all the way back to her 2016 single ‘Phone’, a track with a booming, Jersey club type drum beat. On Cuz I Love You, she dips into the drum kit of New Orleans’s bounce for ‘Soulmate’. The snappy drums burst into a syrupy pop section which hovers somewhere between a dance break and a chorus.

Although Lizzo’s style is unconventional, she shows us that she can make a feminist mantra into catchy pop music with ‘Like A Girl’. The track is produced by Oak, whose production has shaped a distinct dance-pop sound which we hear on tracks like Demi Lovato’s ‘Sorry Not Sorry’ or Kanye West’s ‘To The World’. This track shows us that even on a conventional pop record, Lizzo’s eccentricities glow through.

Although Lizzo remains committed to her usual messages on Cuz I Love You, she insists to her audience that we remember she is multi-faceted, and unlikely things can exist together. Take the track ‘Exactly How I Feel’, the instrumental is almost the anthesis of what Gucci Mane’s vocals are usually on, but the track gives off a punchy full-bodied groove as soon as his vocals come in. As Lizzo flits between heartbreak, female empowerment and braggadocio on this album, she demonstrates that inner conflict is simply human, and even someone as widely appreciated as herself experiences it. (8/10) (Benita Barden)

Listen to Cuz I Love You by Lizzo here via Spotify, and tell us what you think below!