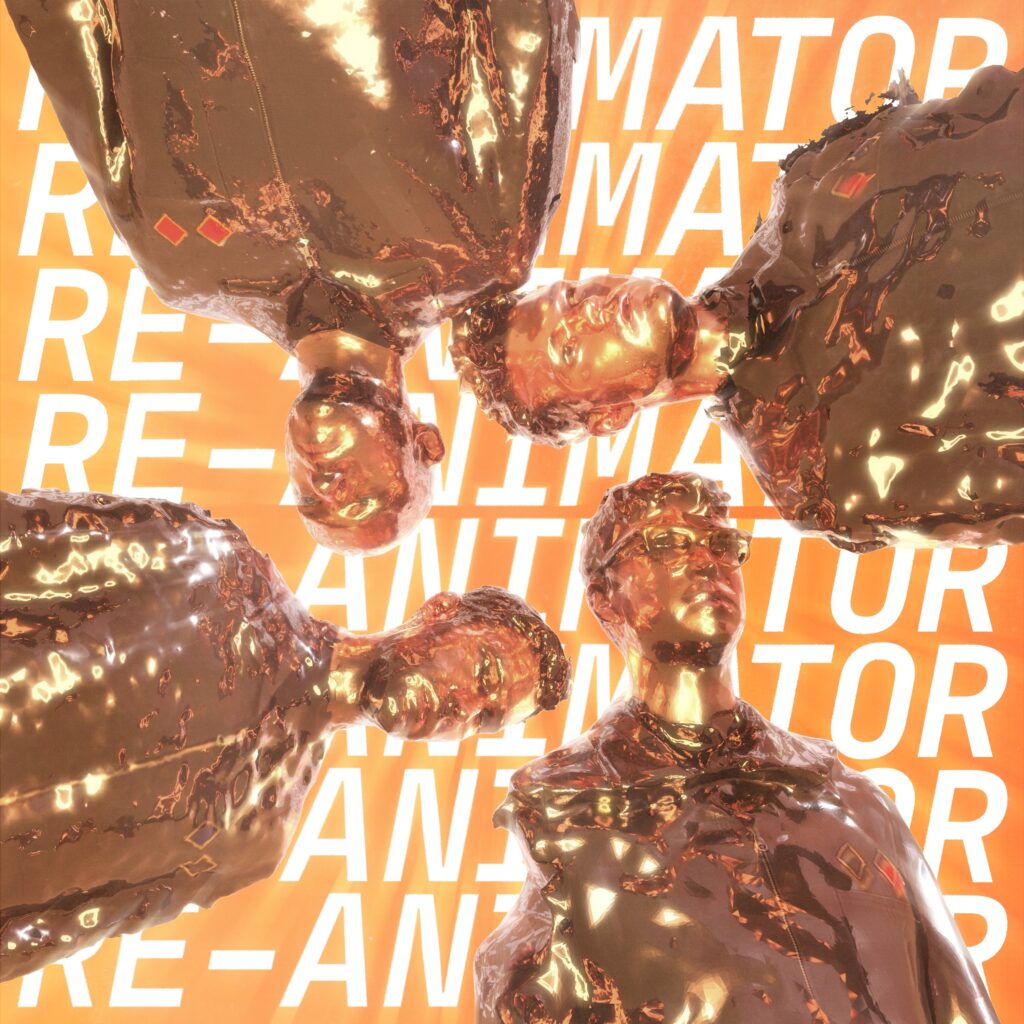 Everything Everything’s attempts at creating bolder pop anthems on ‘Re-Animator’ fall flat as they lose themselves in their influences at the expense of their identity.

In their first release since 2017’s awkward transitional album A Fever Dream, Everything Everything fall short in their endeavours to forge mountainous pop music. Re-Animator, their fifth outing, is an album that loses itself in its influences at times, and ultimately suffers from not playing to the band’s strong suit of intricate art-pop – which brought them both commercial success and critical praise in the past.

The immensity of the sounds the band want to engineer is evident from the outset in the monstrous riffs that propel opener ‘Lost Powers’, kicking off the album at a distinctive highpoint. These resounding guitars unfurl blissfully into heavier distortion, which complement Jonathan Higgs’ typically dark lyricism: “Come on, you only lost your mind”. This line sets the tone for the particularly dystopian image the album’s lyrics conjure throughout. The following track ‘Big Climb’ is equally as impressive as Higgs’ intricately pairs his frenetic style of rapping – reminiscent of 2015 hit ‘Distant Past’ – with a sublime falsetto to construct the type of odd-ball banger that sees Everything Everything at their creative peak.

Unfortunately for the band, the third song in the track-list signals the point at which Re-Animator takes a significant downturn in quality and originality. Higgs’ warbled vocal imitation of Thom Yorke on ‘It Was A Monstering’ borders on the shameless. You would think that the instant recognisability of Yorke’s voice would putt Higgs’ off of such a blatant reproduction, but he ploughs on with it regardless. However, the Radiohead worship does not end here. The drum pattern on this song feels almost directly transposed from A Moon Shaped Pool album track ‘Ful Stop’ and the gloomy bassline is stylistically reminiscent of 2007 masterpiece In Rainbows to the point where the emulation becomes egregious. Higgs’ seems to inadvertently voice the thoughts of any Radiohead fans listening, as he sings “I don’t like the feeling / No I hate it” in the chorus.

‘Moonlight’ fits the same mould of Radiohead-lite song writing, in terms of its vocal inflections and delicately picked guitar strings. The only sign of the band trying to forge any type of originality on this track comes in the form of misplaced synths – which intend to lift the singing to euphoric levels – but merely confuse the tone further.

The alarmingly brief two week recording process of the album is perhaps most evident in the frustratingly inconsistent ‘Planets’ and ‘Arch Enemy’, both of which contain wonderfully surreal lyricism and enthralling verses, yet are let down by choruses that border on the irritating. On the latter the decision to end with such an explosion of garbled synths seems like a product of the curtailed recording time, and a choice that the band might later regret.

‘The Actor’ opens like a pastiche of Silent Alarm-era Bloc Party with its gentle guitars before disappointingly separating itself through Higgs’ annoyingly affected vocals. The autotune here creates a jittery affect to his singing which restrict the songs’ ability to translate any emotional intensity or feeling of the densely metaphoric lyricism. The track peters out in its final third with little to no progression and an uninspiring ending.

Closer ‘Violent Sun’ tries its best to manufacture immense arena-pop, however the mixing simply fails to embolden the instrumentation enough to express the hugeness the track reaches for. Perhaps one for the live set more than the studio, the distant guitar strains feel lost behind the driving drum beat and an impassioned vocal performance that certainly represents an album highlight in isolation.

Re-Animator represents perhaps Everything Everything’s most exacerbating album to date. A number of tracks proffer expansive career high-points, but are held back by wayward instrumental choices and misdirected song progression. The album sounds best when Higgs and co. reach for sonic hugeness without sacrificing what made them uniquely captivating in the first place. However, these moments are ultimately too few and far between. (5/10) (Joss Lambert)

Listen to Re-Animator by Everything Everything here via Spotify, and tell us what you think below!