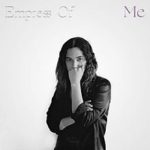 Front cover of ‘Me’

Empress Of is the recording nom de plume of New York-based songwriter Lorely Rodriguez. She began her career in intriguing fashion, anonymously uploading a series of one-minute demos in 2012 which also had no titles, only distinguishable by solid blocks of colour. A handful of single and a debut EP, Systems, followed over the next couple of years, and after months of waiting it’s time for Rodriguez to demonstrate her bewitching skills over a full-length album. Relying overwhelmingly on electronics, Me has something of a struggle on its hands to make itself stand out from the crowd in terms of female songwriters with breathy vocals singing over lush soundscapes, but it succeeds admirably. Rodriguez has the writing skills, and willingness to plumb the depths of her soul, to put herself up there with the likes of Grimes, Purity Ring and FKA twigs.

Characterised by pounding beats that never quite settle into regular formations, MIDI triggers and crystalline synth figures, Me comes across as an avant-garde take on R&B – as if Beyonce were re-imagined by the production techniques of Arca or Clams Casino. Detailing the process and aftermath of a relationship break-up, and more precisely the way that memories distort, eclipse and emphasise aspects of it in hindsight, Rodriguez offers genuine, humanistic insight into heartbreak using her own experiences, simultaneously taking ownership of them but allowing others to share in them too. The effervescent synth-pop of opener ‘Everything Is You’ is influenced by the art-rock-turned-pop of Dirty Projectors. The coping mechanism of ‘Need Myself’ is set to a disciplined breakdown in the style of Hot Chip, as Rodriguez reassures herself “I’m lying to myself / when I’m lying next to you” and delivers the double-entendre “I just need to love myself” deliciously. She explores similar territory with her raw, rock vocal-stylings on ‘Make Up’, singing “nothing comes between us / except a piece of latex / you tear my clothes off / like I was a paycheck”.

But Me is also accessible on the level of it simply being a collection of stupendous, modern pop songwriting. The moody, almost-house of single ‘Water Water’ and the genuine dancefloor thumpers ‘How Do You Do It’ and ‘Threat’, studded with twinkly synths and flourishes of up-to-the-minute production. These sit nicely next to the more introspective, trickier pieces like the paranoid closer ‘Icon’, the menacing ‘Kitty Kat’ which recalls an experience of being hollered at in the street by beery men (“let me walk away!”), and the nightmarish, drug-spiked trip-out of ‘To Get By’ which sounds like Rodriguez is genuinely trying to hold herself together. She can also do steamy slow jams with the likes of ‘Standard’, which shows the prodigious variety on display.

Over the course of the album, Rodriguez shows herself to be an auteur at a very young age. Every aspect of Me is infused with a unity of vision that’s unnerving for somebody still in the first half of their twenties, which holds the various sub-sets of electronica together as one. Me is just as at home on the dancefloor as it is functioning as introspective mood music, and shows that ‘indie’ is a moveable feast in 2015. (8/10)

Listen to Me here!