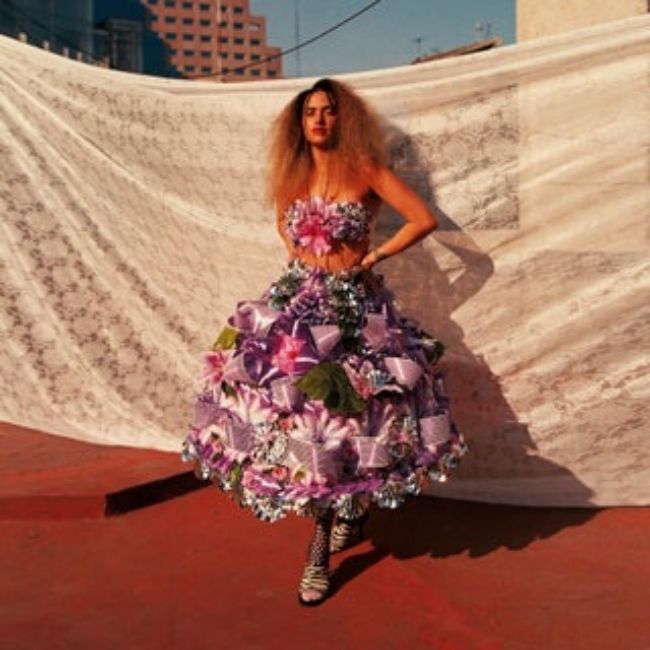 Lorely Rodriguez bounces back with her third album ‘I’m Your Empress Of’, more expressive and personal than her previous works.

Lorely Rodriguez has always been able to bring a certain dose of novelty and sense of individuality into the world of pop and R&B. Drawing inspiration from personal experiences and not shying away from speaking loudly about her ups and downs, Rodriguez has saved herself a spot as one of the most intriguing and exciting new artists to watch, especially with her profound yet emotional debut Empress Of album Me (2015) but also with her sophomore, pop-oriented effort Us (2018).

Rodriguez’s third album, titled I’m Your Empress Of, is definitely a step forward for the artist, who is reassured in her power while embracing her flaws, while also coming back to the more alternative sound which she introduced herself with on her debut. It’s also a story of heartbreak, desperation and yearning for understanding, feelings which Rodriguez uses to their fullest to record some of the best songs in her career.

Each track here is brimming with emotion, starting with the thrill of the first touch on ‘Bit Of Rain’ to the almost palpable pain on ‘U Give It Up’ where Rodriquez sings: “I feel myself self-destructing”. ‘Give Me Another Chance’ gives even better insight into her spiralling, and as the album progresses, Rodriguez becomes more frantic, gradually turning more and more towards less melodic compositions, such as the drum-heavy ‘Maybe This Time’ or scarcely instrumented ‘Not The One’. Because of that, the second half of I’m Your Empress Of gives us a better reflection of who Rodriguez really is when she lets her creativity run free.

At the same time, while Lorely Rodriguez is determined to speak about all her scars and bruises which she acquired in the past, her new record is also a mirror image of strength and courage, which come from not only enduring heartache and deep sadness, but also from becoming empowered by being a woman, an artist, a daughter of an immigrant and everything that comes with each of those identities. I’m Your Empress Of is a picture of someone who tries to understand herself, and grows on the listener because it comes from often dark but honest place. (7/10) (Alicja Rutkowska)

Listen to I’m Your Empress Of by Empress Of here via Spotify, and tell us what you think below!