REVIEW: Empress Of – ‘Us’ (Terrible Records) 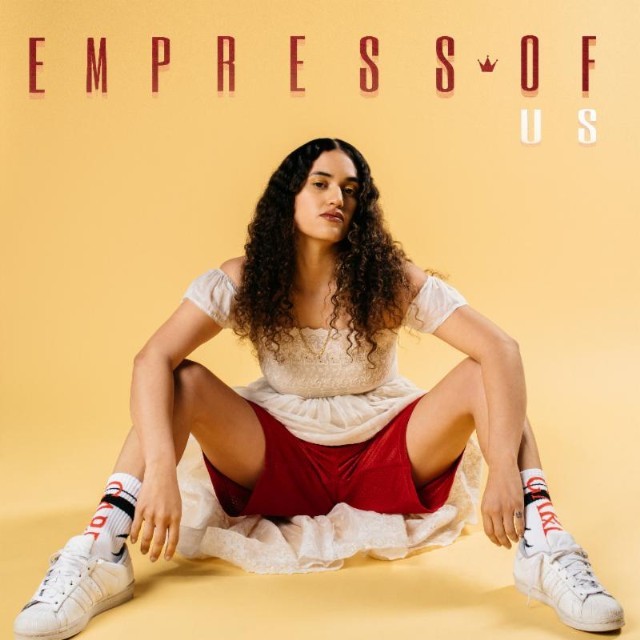 After such a mesmerising debut, Lorely Rodriguez’s second Empress Of album ‘Us’ loses much of its predecessor’s identity in a headlong rush for mainstream quality.

Debuted with an obscure YouTube video campaign of one minute, one colour songs and followed by her excellent experimental, almost avant-garde pop album Me three years ago, Lorely Rodriguez has come back with a second Empress Of album that focusses on the communal rather than the individual. But in heading towards a more mainstream sound, the previous Empress Of songwriting ingenuity seems to have been lost between the competent yet mediocre on Us.

Me was a collection of sparse yet intense, clashing instrumentation. Likened to Grimes, FKA twigs and even Björk, Empress Of was the next one to look out for in the realm of inventive sonic landscapes and visually packed lyrics that punch the gut in that oh-so-satisfying way. Yet, her newest seems to have lost any touch of inventiveness that followed her previous projects. Us is a more than competent pop album that celebrates friendship, vulnerability and the overall look outwards to help the ones closest to us, as on tracks like ‘Everything To Me’, ‘Trust Me Baby’ and ‘I Don’t Even Smoke Weed’. However, the songs seem to have been so masterfully crafted to appeal to current pop trends and the overall ‘quality’ sound, that it lacks any real distinctiveness or personality.

There’s nothing particularly special about the album albeit maybe the personal experiences that Rodriguez is trying to express through her lyrics as they are very much her own. To make them more direct and less shrouded in metaphors, as Rodriguez has stated in interviews, the lyrics on Us at times are so direct they fall into the ‘first phrase to pop into my head while talking about love’ territory where the lines just don’t sound fresh anymore with things like counting stars to express how much you love someone, eating out the palm of someone’s hand and feeling as if you’re on the outside looking in. Of course, the audio production is very much smooth and upbeat – an especially current mish-mash of polished R&B and pop. The songs are happier and less ‘selfish’, what Empress Of has expressed was her aim with her sophomore effort, but the tracks on Us just don’t strike as anything new.

Though Us is still a solid effort and an overall quality pop album that will find its fans, it’s not something that furthered the Empress Of sound as a pop visionary. It’s something to put on when in need of a competent, well-produced pop album, but it won’t change anyone’s life. (6/10) (Aiste Samuchovaite)

Listen to Us by Empress Of here via Spotify, and tell us what you think below!