REVIEW: Dream Wife – ‘So When You Gonna…’ (Lucky Number) 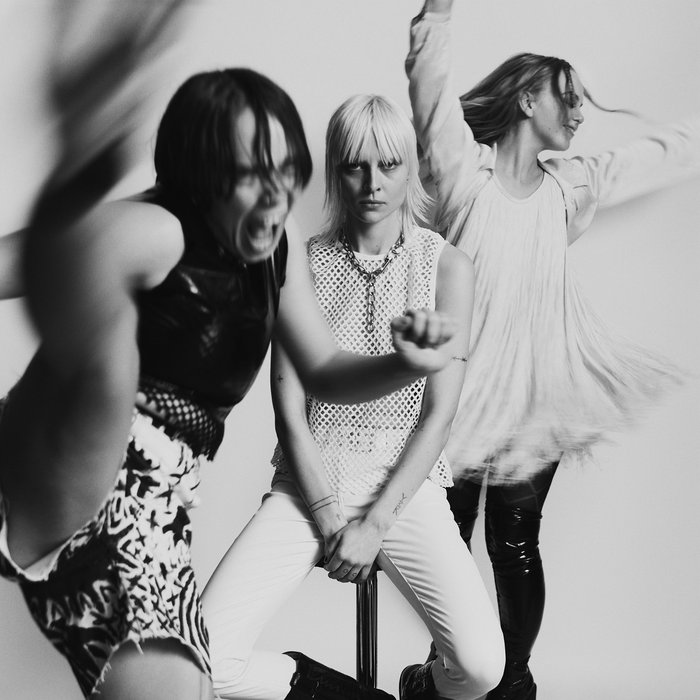 Although poppy, melodic and immensely fun in its execution, Dream Wife’s second album ‘So When You Gonna…’ is held back slightly by the strength of its songs.

As tongue-in-cheek as ever, Dream Wife are back with their second album So When You Gonna, and whilst it’s not the furthest development from their wonderful debut, it still sizzles with their signature energy and down-to-earth lyrics. Dream Wife is one of those bands that’s best consumed live amidst a rowdy crowd, and whilst that is literally impossible at the moment, one can only attempt to feed gig thirst with punchy rock such as theirs.

That being said, there are more poppy and melodic tracks So When You Gonna than possibly expected. Some of those bring a more serious, hopeful flavour like the track ‘After The Rain’, which, although relying a little too heavily on sloganeering, discusses the basic human rights to body autonomy that somehow are still debated in many countries when it comes to female reproductive rights. There are others, however, that fall a bit flat when it comes to melodic writing like ‘U Do U’. Whilst most songs have a heartfelt sentiment and core theme, such as ‘Validation’ discussing, well, the overpowering need for validation from others, or ‘Temporary’ ruminating the inescapability of everything’s end, something in these songs just doesn’t quite add up – at times it’s lyrics that play on a ‘bit’ and repetition to a point where the songwriting sounds mediocre (‘Validation’), sometimes it’s the lack of a stronger pop song structure that would redeem the sentimentality that can come off as soppy (‘RH RN’).

On the other hand, with a new Dream Wife album there come new spunky, thrilling riot grrl-esque anthems that are as ‘Dream Wife’ as they can be. The album opener and single ‘Sports!’ is full of campy one-liners and hooky guitar lines that simply sound like good fun, the following track ‘Hasta La Vista’ merging the more sentimental themes of this album with killer pop melodies. ‘Homesick’ calls back to the situational narratives and, well, horniness, that were so common in their debut, and so does the title track ‘So When You Gonna…’ (this album’s ‘Let’s Make Out’) which successfully blends the riot grrl sound with a satisfying hook. Same goes for ‘Old Flame’ and ‘Hold On Me’, both lusty romance tracks that please with their catchiness and relatable romantic scenarios.

Despite certain songwriting caveats found on So When You Gonna, Dream Wife is still good fun. A band that doesn’t take itself too seriously, they to be moving to a slightly more pop sound without losing what made them great in the first place: constructing energetic, catchy rock lacking pretence and championing Dream Wife values – friendship, feminism, and good kissers. (6/10) (Aiste Samuchovaite)

Listen to So When You Gonna by Dream Wife here via Spotify, and tell us what you think below!