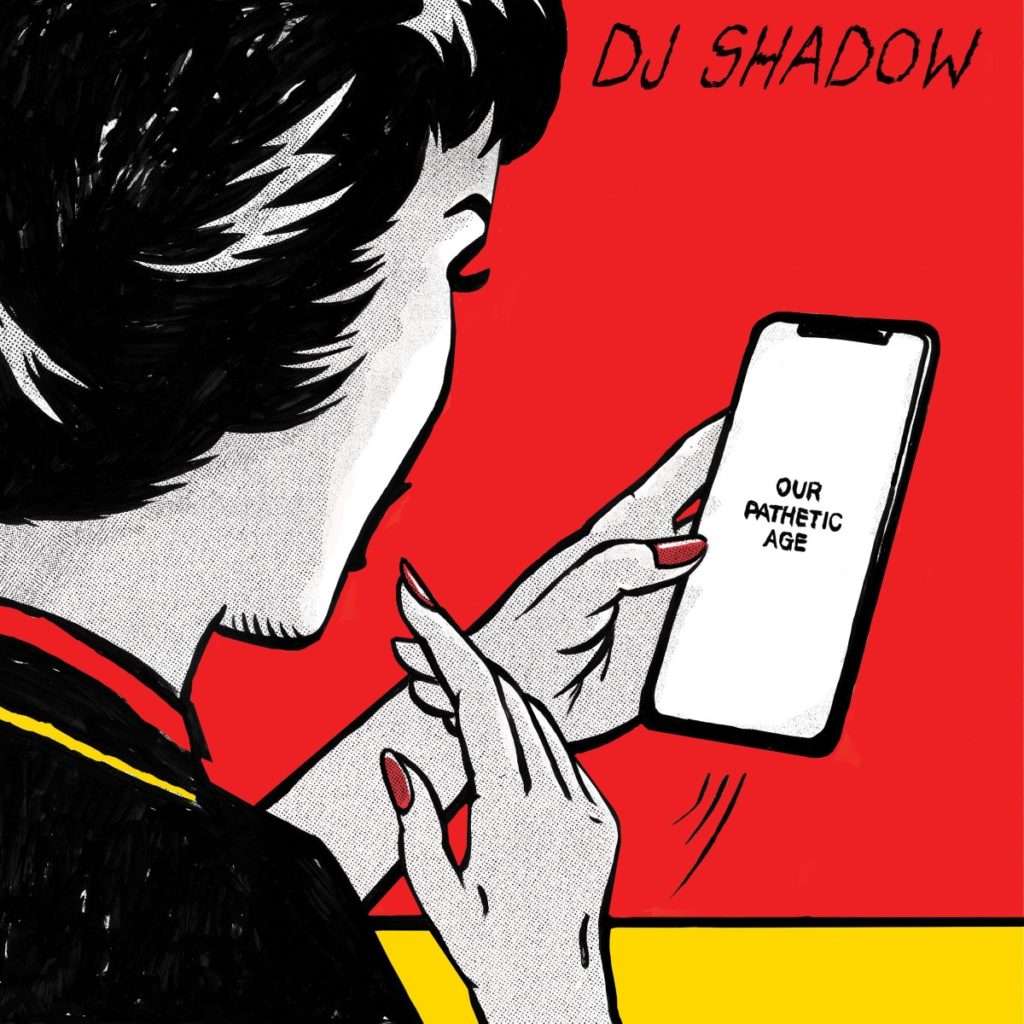 Despite a clutch of spectacular highlights, DJ Shadow’s half-instrumental double album ‘Our Pathetic Age’ is way too long and over-ambitious.

It usually takes Josh Davis around half a decade to assemble a DJ Shadow album, making it somewhat surprising to see new music appearing just three years after 2016’s reputation-reviving The Mountain Will Fall, and an ambitious double album at that. In the context of the eclectic approach of much his output, it’s intriguing to see Davis hang his music on a concept of sorts, even if it’s quite a woolly one in practice. Seeking to address alienation, anger and apathy that characterise the social media-dominated era in which we live, Our Pathetic Age is split into two halves – the first featuring the kind of rule-breaking, genre-mashing instrumentals he’s made his name from since his groundbreaking 1996 debut Entroducing..…, and the second populated by guest spots from a diverse galaxy of hip-hop stars and assorted vocalists.

The overall result, sadly, is a muddled and opaque experience, and, at 26 tracks and nearly 92 minutes long, often incredibly wearying. It’s something that pervades Our Pathetic Age from the outset, perhaps from the decision to place its instrumentals at the front of the album rather than the back. The whiplash, Aphex-style beats of ‘Juggernaut’ and the fiddly breaks on the dankly atmospheric ‘Intersectionality’ are a couple of very good moments, while ‘Rosie’ is an uplifting tracks recalling Shadow’s earliest productions, but these moments of effortless flair are few and far between as the album’s first half rarely picks up any kind of momentum, stuck somewhere between inconsequential, like the appropriately named ‘Weightless’, and generic beat-making (‘Slingblade’ and ‘We Are Always Alone’). It’s a shame, as these kinds of things have often been Davis’s strengths, but too many miss their marks.

The saving grace for Our Pathetic Age is the high quality of the guest spots on its much stronger second half, with guest MCs and vocalists deployed intelligently, for the most part, and allowed to lead the way with the album’s overarching theme of societal malaise. We get a diversity of moods and themes, from frantic, rabble-rousing energy to soulful reflection. Crucially, this strategy proves liberating for Davis, freeing him up as a producer instead of having to carry the entire thing on his shoulders. Following the incendiary ‘Nobody Speak’ from The Mountain Will Fall, ‘Kings & Queens’ is the immediate eye-catcher in the tracklisting, another excellent hook-up with Run The Jewels in which Shadow’s shimmering production contrasts beautifully with El-P and Killer Mike’s soulful flows.

But this is only one of a healthy number of great spots. The bustling, chest-puffing energy of Nas and Pharaohe Monche’s ‘Drone Warfare’ and the whip-smart single ‘Rocket Fuel’ that sees De La Soul in full party-starting, D.A.I.S.Y. Age mode are frantic productions that avoid the pitfalls of sounding like they’re cluttered, which is thanks to Shadow’s vast experience. The fake news-spearing ‘Urgent, Important, Please Read’ is sharp and on-point, while Loyle Carner’s spot on ‘Taxin’’ and Pusha T’s forceful flows on the economical ‘Been Use Ta’ are also memorable. Best of all is the chilly ‘Rain On Snow’, which impressively bags three Wu-Tang members in Raekwon, Ghostface Killah and Inspectah Deck. Settling into a head-nodding groove with a brilliant female backing vocal, the trio of rappers are in fine form. The most unusual has to be Samuel T. Herring popping up on the grim, resigned ‘Our Pathetic Age’, something which sounds like Davis producing a Future Islands album rather than someone else guesting on his own track.

At its very best, Our Pathetic Age has a great mixtape feel, casting DJ Shadow as a behind-the-scenes wizard equally capable at getting to grips with smouldering slow-burners as whirlwind, what-the-? beat workouts, something that his mid-career albums like The Outsider and The Less You Know, The Better never quite nailed. However, you can’t help the feeling that the two halves ought to have been pared down in the name of quality control, or perhaps even released separately as shorter albums. In any case, the entire thing is far, far too long, notwithstanding a healthy handful of enervating, vital tracks that see DJ Shadow at his very finest. (6/10) (Ed Biggs)

Listen to Our Pathetic Age by DJ Shadow here via Spotify, and tell us what you think below!