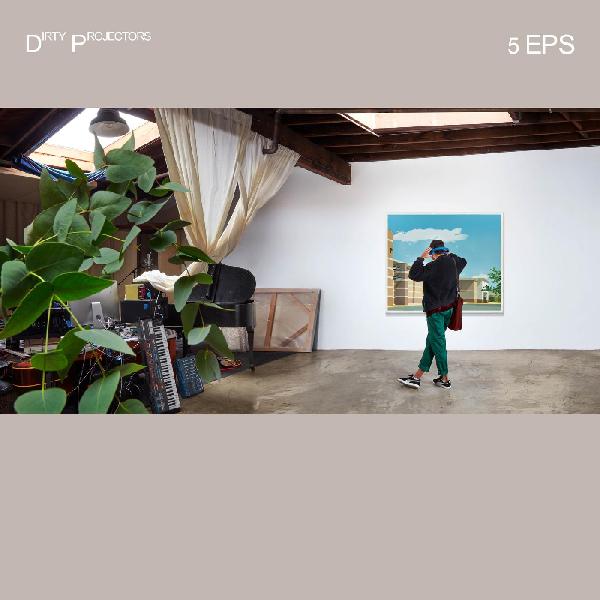 David Longstreth shares the songwriting duties with his bandmates on the ‘5EPs’ project, and Dirty Projectors are a reborn creative force.

Perhaps deliberately designed to deflect the long-standing impression that Dirty Projectors is the exclusive artistic vehicle for David Longstreth, with whatever musicians happen to be under his charge at any given time, 2020 has been given over to showcasing his bandmates’ individual talents and artistic visions over a series of five four-track EPs, released individually throughout the year and then gathered together in a box set in December. Each of the quartet got the opportunity to creatively spearhead an EP each, with the fifth and final one a democratic band effort. When we gave guitarist Maia Friedman’s Windows Open a lukewarm review back in late March, it hadn’t yet been announced how it would be just one part of a wider project. Now that those four tracks are contextualized into something larger, they make more sense. 5EPs is a collective of individual endeavours, and is the sound of a band creatively reborn.

Friedman’s light-footed, folky efforts, particularly the pretty ‘Overlord’ and the cinematic ‘Search For Life’, were little more than pleasantly distracting in and of themselves, but serve as an appropriate palette cleanser for the EPs when listened to as a whole. Felicia Douglass’s Flight Tower is the most revelatory of the bunch, as the keyboardist presents us with a series of taut, lithe R&B featuring chopped, pitch-shifted vocals and complex rhythmical patterns. Sure, these influences have always been latent in Dirty Projectors’ work right back to Bitte Orca, but ‘Lose Your Love’ feels new and fresh in comparison to some of the band’s more recent work, which sounded increasingly static.

Almost equal to that is Earth Crisis, fronted by Kristin Slipp’s distorted vocals and pieced together from instrumental dating from 2008. Distorted woodwind and strings, pulsing yet dulled rhythms and altered vocals are assembled in a modern classical-style sonic collage, all underpinned by a definite ecological theme. ‘Bird’s Eye’, in particular, is an astonishing moment, all shifting tempos and distorted cries of “shut it down!”.

In between those two excellent sections, Longstreth himself takes his turn in the spotlight on Super João, with four pleasing tracks influenced by the aesthetics of the late Brazilian bossa nova icon João Gilberto. ‘I Get Carried Away’ and ‘You Create Yourself’ are a brace of sweet confessionals, some of the most direct work Longstreth has made in years, while ‘Holy Mackerel’ is an enjoyable blur of fish and werewolf imagery. The band come together collectively for the final EP Ring Road, which sprawls over twilit R&B (‘My Possession’), svelte, Latin-tinged indie (‘Por Qué No’) and nimble, needling riffs (‘Searching Spirit’).

What works about the whole project is its sense of economy – at around 11 minutes each, none of these brief collections ever risks outstaying its welcome. The entire batch of 20 songs therefore clocks in under an hour, each idea whistling past quickly and yet having each of its ideas explored satisfactorily. 5EPs may not count as a formal Dirty Projectors album, but it could mark an important stage in the evolution of their sound as the band approaches its third decade. By ceding the spotlight to his bandmates, Longstreth has struck upon a creative goldmine. (8/10) (Ed Biggs)

Listen to 5EPs by Dirty Projectors here via Spotify, and tell us what you think below!