REVIEW: Dead! – ‘The Golden Age Of Not Even Trying’ (Infectious) 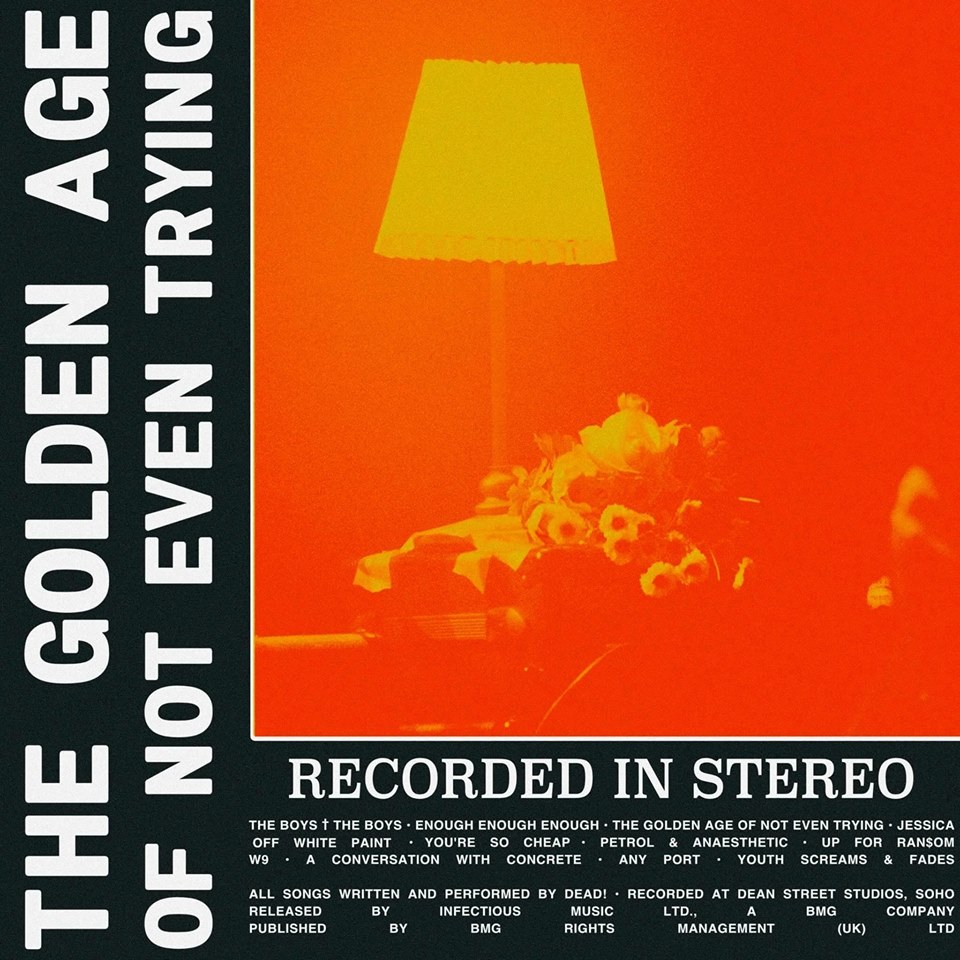 It’s been a long wait for their debut album, and Dead! deliver a solid, enjoyable and encouraging experience in ‘The Golden Age Of Not Even Trying’.

Having been one of the most hotly-tipped guitar bands in Britain for the best part of half a decade, London-based four-piece Dead! are showing truly that their days of self-releasing EPs and singles are behind them, and have dropped their debut album The Golden Age Of Not Even Trying with a resounding thump, on course to scoring an impressive UK Top 40 position.

The record’s title is apt for a band with such a nonchalant bad-lads attitude and, though it might suggest there has been some slacking, you would be wrong in thinking so. The Golden Age Of Not Even Trying is a record that stretches out elements of hard-hitting pop/punk before skipping up to rock and even dashing hints of heavy metal, and have certainly tried new things in their quest to register a memorable debut album proper.

The opening track ‘The Boys, The Boys’ initiates you into their golden age and delivers a jumped-up, extremely catchy track. In a gang-like fashion, this song sucks you in and keeps you there, leading you down the path ways to heavier songs such as ‘Off White Paint’ and ‘You’re So Cheap’.

Songs on this album drive somewhere between hard-core and indie – one review claiming it to be somewhere between latter-day Arctic Monkeys and Placebo is pretty accurate – but it is the song ‘Jessica’ that steers things under a different light. Unlike the majority of the record’s tracks, this particular song showcases a slightly different tendency than what established fans of Dead! are accustomed to.

In the mists of punchy-punk emerge other notable songs such as the intensely edgy ‘Enough, Enough, Enough’ and ‘Up For Ran$om’. The Golden Age Of Not Even Trying is a fully enjoyable album with tracks that will no doubt have crowds moving in all which ways. (7/10) (Rebecca Corbett)

Listen to The Golden Age Of Not Even Trying by Dead! here via Spotify, and tell us what you think below!