REVIEW: Daughter – ‘Music From Before The Storm’ (4AD) 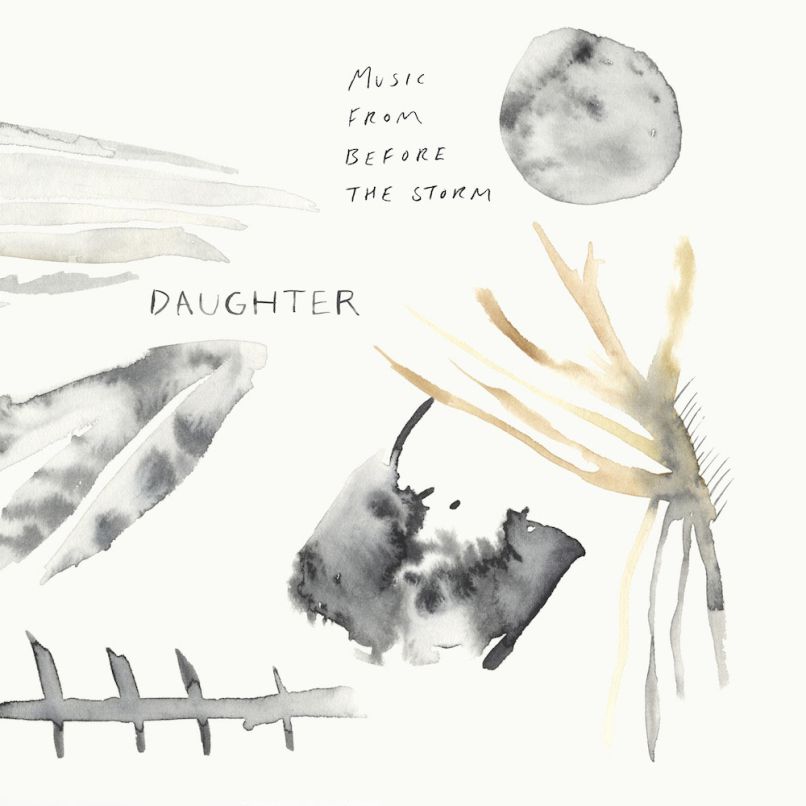 Following two decent albums of sumptuous, dreamy indie-rock, Daughter’s next move is to provide the soundtrack to a video game.

Daughter is a London based indie band, fronted by Elena Tonra, alongside guitarist Igor Haefeli and drummer Remi Aguilella. Initially gaining wide-spread attention with their sublime 2013 debut If You Leave, and following it up with a decently successful Not To Disappear in early 2016, the band have become known for their evocative lyrics, somewhat of a dark, ambient tinge to their sound, and general melancholy turned up to the n-th degree.

Life Is Strange: Before the Storm is an episodic graphic adventure video game published by Square Enix. It’s a prequel series to the original Life Is Strange, which was one of the most successful indie titles of 2015 and has garnered a huge cult following. The original game was, amongst other things, a delight for hipster-trash worldwide (myself included), with its nostalgic atmosphere, cultural and artistic references abound, and, last but not least, a soundtrack that could have only been compiled by the palest, skinniest, French guy with a beanie. Including the likes of Alt-J, Local Natives, Jose Gonzalez, Angus & Julia Stone, amongst others, it was like a who’s who of melancholy indie bands.

Naturally, when the development team was brainstorming on how to produce a soundtrack that not only matches the melancholic nature of the original, but also compliments a game whose main themes centre around teenage girl grief, love, loss and friendship (or more, depending on how you play it), Daughter seemed like an obvious choice.

Of course, not every Daughter fan will be aware of this entire context, and some, when suddenly stumbling upon a new, album-like release on their Spotify page might be confused and bewildered as to why what seems like a full-length release only really contains about four minimalistic songs, with the rest of the tracks on it being instrumental and ambient. However, taking into account that it is, in fact, a video game soundtrack (appropriately titled Music From Before The Storm), the awareness that most of the cuts on it were most likely conceived as something to play on the menu screen or while loading a scene somehow makes you appreciate the effort the band put into making them as lush with sounds as they are and as re-listenable that much more.

Case in point – the original game had a soft, acoustic guitar loop of about 25 seconds as its menu screen music. This one has ‘Dreams Of William’ – a mostly instrumental journey of a little over four minutes that, even by itself, could bring you to tears. Especially knowing the context of the story, in which William is the main character’s deceased parent. It calls back to something like Mogwai’s Happy Songs For Happy People, which, coincidentally, was also featured on the original game’s OST.

Some of the tracks on Music From Before the Storm genuinely feel like the band put in as much effort into this as to any one of their “official” albums, sometimes even surpassing the bar that they set for themselves on their previous releases. Besides ‘Dreams Of William’, ‘Burn It Down’ is another highlight. While it fits perfectly as the central theme of the game and its story, it’s an enjoyable song even without knowing anything of Life Is Strange (even if the rattling hi-hats were a very unnecessary addition). Others, however, do very much feel like it was made for an in-game walking sequence, rather for a stand-alone listen. Like ‘Voices’ which feels like Tonra had taken a scrapped acoustic riff that she never found a chance to use (probably because it sounded too happy) and just made the blandest two-minute interlude out of it.

Music From Before The Storm is an interesting artistic experiment from Daughter’s side. A band that made a name for themselves singing deeply, sometimes uncomfortably, personal songs writing an entire album’s worth of music for other people, other, fictional, characters. Sometimes, it results in Daughter bringing out their best, things they’re obviously capable of but haven’t found an outlet to do yet. Sometimes, it results in a seeming lack of inspiration. As a game soundtrack, it’s pretty up there. As a Daughter album, it’s… passable with a chance for greatness. (6/10) (Ellie Wolf)

Listen to Music From Before The Storm here via Spotify, and tell us what you think below!