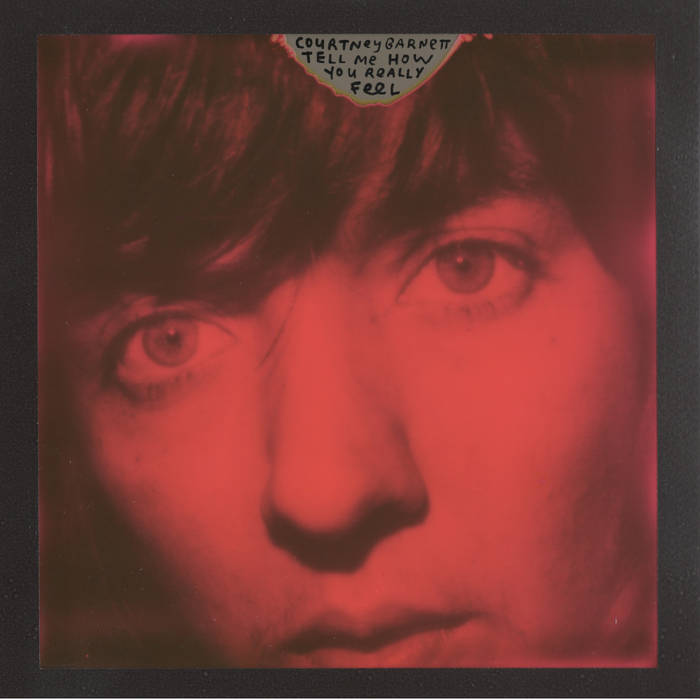 ‘Tell Me How You Really Feel’ sees Courtney Barnett aim for a richer, darker and more harrowing sound for her sophomore effort, and it feels like a natural and successful musical evolution.

Whether it was intentional or not, Courtney Barnett’s heavily anticipated sophomore album Tell Me How You Really Feel was fittingly released within Mental Health Awareness Week. The therapeutic and introspective album created an underground movement within indie circles as album release parties and billboards were covered with the intimate responses of Courtney’s fans to her central question: how do you really feel?

Honesty and health are nothing new to the Australian, with her stand-out track ‘Avant Gardener’ off her double EP A Sea Of Split Peas back in 2013, describing an asthma attack with striking wit and colourful imagery. However, on Tell Me How You Really Feel, Barnett takes it one step further shifting away from the anecdotes of the dull and mundane as she gives herself more of a secondary nurturing role, focusing on the well-being of the listener.

The new album opens softly with ‘Hopefulessness’. A quiet finger-picking riff beside Courtney’s intimate comfort of “take your broken heart, and turn it into art” opens the track, as it gradually gets louder and thicker in texture. Eventually, it evolves into an instrumental outro of an amalgamation of distorted guitar solos and chords. ‘City Looks Pretty’ is also musically complex as the upbeat tone fades into a beautiful stripped back instrumental of guitars over a delicate jazzy drumbeat and subtle ethereal synths, before a beautifully clean rock’n’roll guitar solo takes over. These tracks subtly show Courtney’s technical development as a musician since her 2015 debut Sometimes I Sit And Think, And Sometimes I Just Sit, also seen in her collaboration with fellow skilled guitarist Kurt Vile, Lotta Sea Lice, last year.

The closing track, ‘Sunday Roast’, is equally as beautiful with Barnett’s silky vocals comforting you with the line “I know you’re doing your best, I think you’re doing just fine” alongside a warm guitar riff. This leaves the album with an uplifting and hopeful tone, a perfect parallel to the opening track. Tell Me How You Really Feel is flooded with reassurance throughout, whether that’s from literal line of “breathe out, breeeeeeathe in” on ‘Help Your Self’ or “sometimes I get sad, it’s not all that bad, one day maybe never I’ll come around” on ‘City Looks Pretty’, but in a way that never falls into bland platitudes.

However, Barnett doesn’t just focus on these more ‘angelic’ emotions, but also the more taboo of anger and frustration, as she shows that you shouldn’t feel ashamed to release your rage. This album contains some of Barnett’s angriest work yet, with the back-to-back duo of ‘Nameless, Faceless’ and the violent punk fuzz of ‘I’m Not Your Mother, I’m Not Your Bitch’. On ‘Nameless, Faceless’ she folds her anger into her trademark snarky wit integrating the trolling she received over Twitter, “I could eat a bowl of alphabet soup, and spit out better words than you”, alongside as soft jingly guitar riff. Most striking, as most will have heard, is the unforgettable chorus of “I wanna walk through the the park in the dark / men are scared that women will laugh at them / I wanna walk through in the park in the dark / women are scared that men will kill them”, a paraphrase of novelist Margaret Atwood. The line made even more harrowing by Courtney’s addition of “I hold my keys, between my fingers” an extremely relatable everyday fear for young girls and women everywhere.

One thing that Barnett wants to make clear is that despite everything, she herself struggles with understanding her emotions herself. In a recent interview with Dork she stated how it was her own struggles with coming to terms with her emotions that brought the concept of the album together. On ‘Crippling Self Doubt And A General Lack Of Self Confidence’ she constantly repeats the line “I don’t know, I don’t know anything” in response to herself been asked how she really felt. This, being paired alongside the upbeat and almost funky guitar riff, shows how she takes pride in understanding and essaying her own emotions.

‘Need A Little Time’ takes you deep into the personal intimacy of Courtney’s mind as she shifts the focus back to herself and the consequences of her chosen career on her own well-being. Using the powerful imagery of “shave your head to see how it feels, emotionally it’s not that different” she describes her feelings of vulnerability and over-exposure after releasing her intimate thoughts and emotions through her music.

Unlike her debut, Tell Me How You Really Feel has less of the entertaining and heavily descriptive stream of consciousness some may argue she is so renowned for. Instead, Courtney Barnett’s sound is more melancholic, maybe even darker, as she delves into the depths of not only her own emotions but also our own, resulting in a follow-up album equally as striking, intimate and relatable as her first. (8/10) (Sandie Garland)

Listen to Tell Me How You Really Feel by Courtney Barnett here via Spotify, and tell us what you think below!