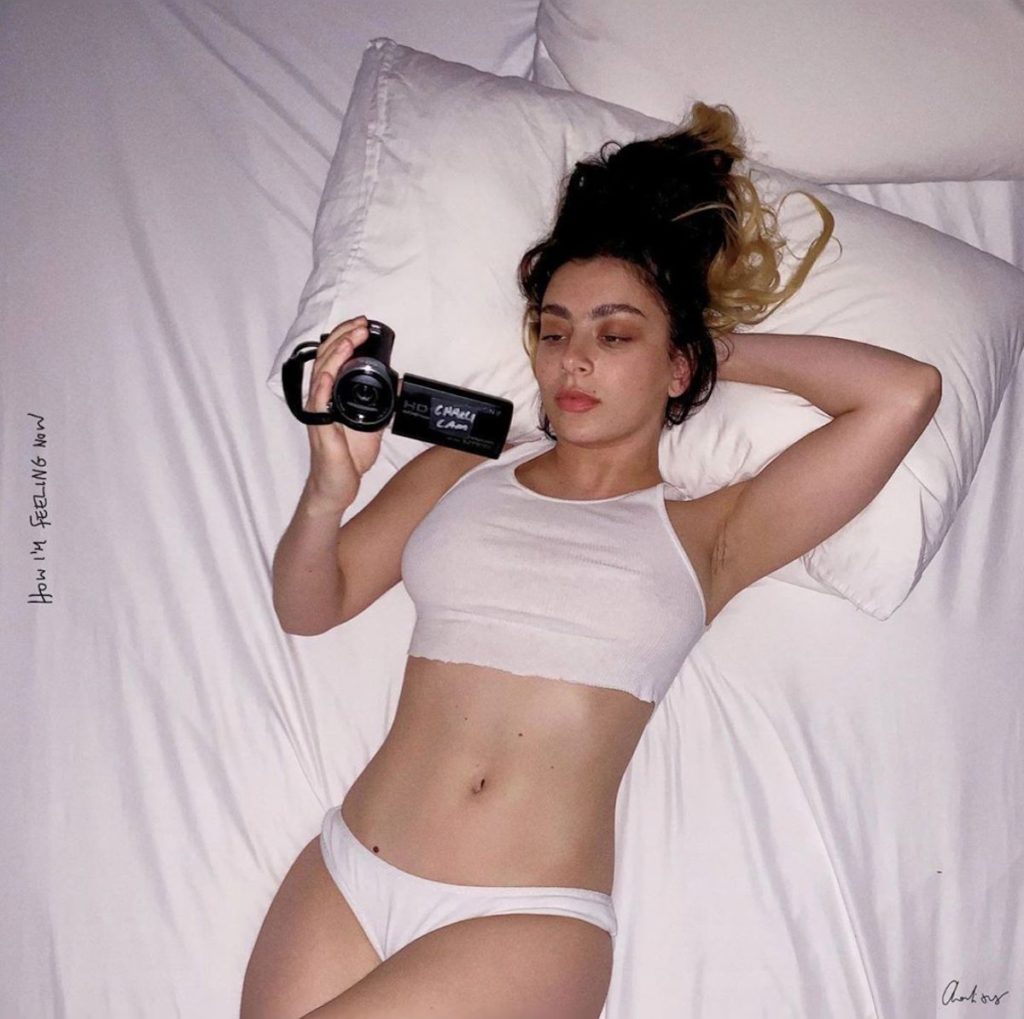 In writing, recording and producing a masterpiece in conjunction with collaborators remotely during a lockdown, Charli XCX shows herself to be one of pop’s most industrious and imaginative stars.

Recorded, written and released during the Covid-19 pandemic lockdown in the span of around six weeks, How I’m Feeling Now stands out because of the extremely open approach to collaboration Charli undertook in its making, sharing her creative process and inviting anyone willing to participate in it. It’s all in the spirit of DIY, empowered by the digital age – Charli’s fans could join in on Zoom calls with her discussing the songs, they could help her with song lyrics, also encouraged to create music themselves, as Charli eagerly released all the stems for her newest album for remixing.

Amidst all this, Charli XCX seems a bit like an unstoppable whirlwind, a low-key workaholic (no judgement), tending to every aspect of her album all within the confined of her home, from the recording of vocals, acting as her own sound engineer, to directing her own music videos and photoshoots. On top of that, of course, writing the songs themselves and working with producers such as her long-term partner-in-crime A.G. Cook of the PC Music collective, producer BJ Burton and Dylan Brady from 100 gecs. And, of course, we could watch this whole process ourselves with the help of social media, Charli including us in every step of her creative way. It’s a ridiculously exposing thing to do – to share her drafts and demos of her songs and lyrics – but it seems to have paid off, as How I’m Feeling Now is yet another bullseye shot from Charli’s camp, a brilliant pop album produced in an innovative fashion about vulnerability, intimacy, missing your friends and really wanting to party (‘anthems’, anyone?).

Whilst her previous musical child Charli had a more understated, dare I say, toned down approach to pop music production as it housed the chart-toppers ‘Gone’ featuring Christine & The Queens and ‘Blame It On Your Love’ featuring Lizzo, with How I’m Feeling Now Charli crashes back to the more abrasive PC Music sounding camp found on her Pop 2 and the Vroom Vroom EP, and it’s ultimately a success in that regard. The album sizzles with restless, manic energy and explodes in moments of distortion, such as the personal highlight ‘anthems’ that leads with the feeling of collective boredom exhaustion, howling for the pop anthems and nights out of before. This restlessness is mirrored in the album opener ‘Pink Diamond’ that pulses with that same aggressive party energy, wanting to ‘go hard’ and feeling glamorous.

There’s also a strong romantic theme, as with most memorable pop music. The album singles – the expertly produced ‘forever’ and ‘claws’ – are full of hopeful romance, instant earworms of pop candy with their catchy melodies as Charli’s processed, sleek voice echoes deliciously backed by a choir of vocaloids. If you measure music’s ‘humanity’ or ‘authenticity’ in the most traditional sense where ‘real’ instruments and ‘real’ voices produce ‘real’ authentic music, you’re in the wrong side of the woods here. There’s little to none of that ‘rawness’ in this album, as every sound including Charli’s voice shimmers in its perfect, synthesised form, but let’s be real – we’re far from preaching sonic ‘authenticity’ in pop music at this point in time, and whilst every sound on this album is edited to perfection, their crafted intentionally by Charli XCX and her producers, moulding it into pop anthems of quarantine.

There’s emotional vulnerability throughout this whole album if you seek it, as most tracks, especially ‘7 years’ and ‘detonate’, narrate the discrepancies between trust, fear and intimacy in romantic relationships, as Charli tries to analyse and understand her relationship between her and her long-distance boyfriend suddenly turned roommate due to the current global circumstances. The whole record seems to be characterised by extreme emotional states, whether it’s the promise of a ‘forever’ love on the track ‘forever’, all-liking puppy love on ‘claws’, or the yearning for your friends’ company on ‘c2.0’. And, of course, the strong need to party on ‘anthems’ and ‘pink diamond’. Charli loves to party.

It seems that Charli XCX is currently successfully surfing the wave of producing relatable yet sonically surprising, fresh-tasting pop music, a combination that’s possibly unstoppable. And as the sound of Charli XCX and her liking of extreme sonic production seeps into the pop charts, a more interesting approach to the way a pop song might sound is on the horizon. It is still peculiar that a professional pop album was recorded and produced in about eight weeks, something that usually takes people a couple of years, but one might conclude that How I’m Feeling Now is a testament to not only great avant-garde-pop music-going-mainstream, but also to the sheer speed and nature of the digitalised, communal music making process that is possible in this point in time. Third hit album in a row, Charli is on a roll. (9/10) (Aiste Samuchovaite)

Listen to How I’m Feeling Now by Charli XCX here via Spotify, and tell us what you think below!