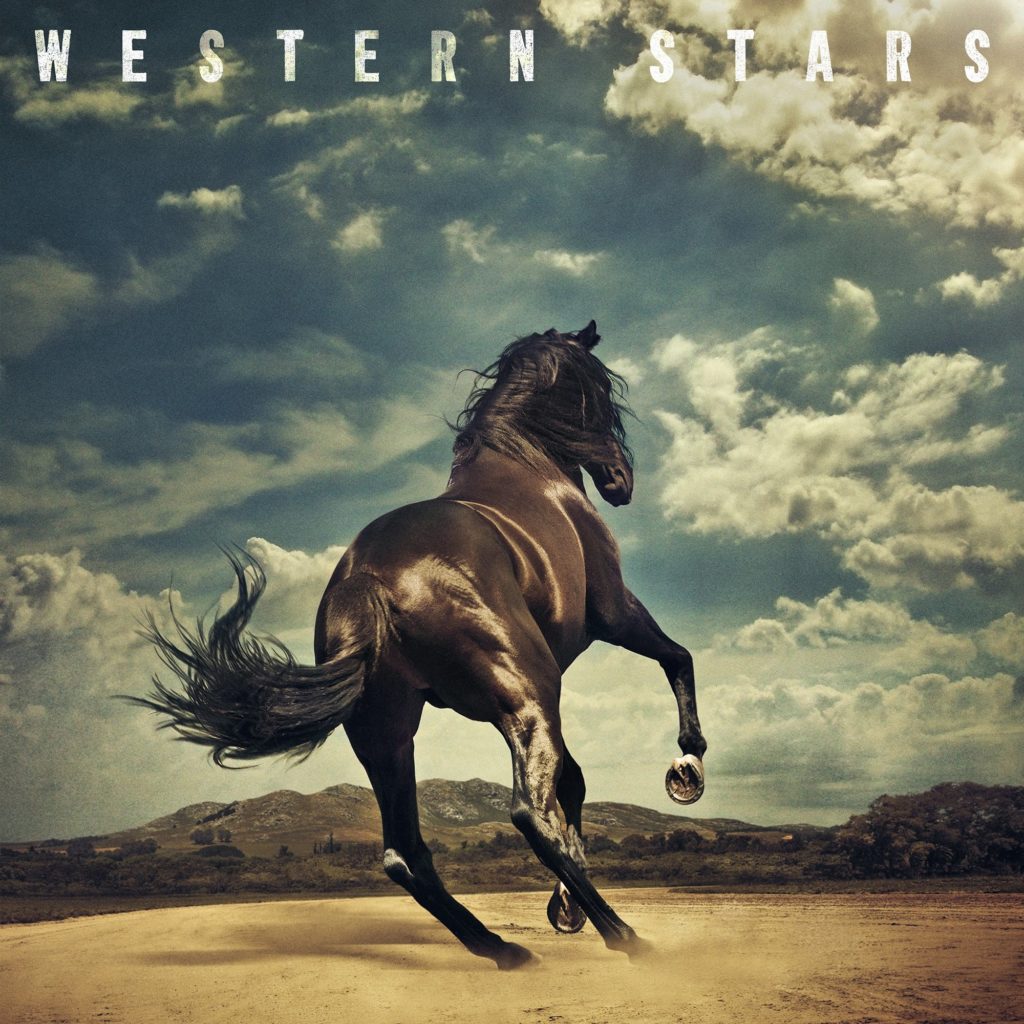 Bruce Springsteen’s newly released, 19th studio album Western Stars will not be his last. Approaching the ripe old age of 70, he and his faithful companions The E Street Band spent 2016’s The River Tour continually besting their previous records for show length (peaking in Philadelphia with a four hour and four minute set, for those counting). He has spent over 45 years proving that his trove of musical inspiration is, if not necessarily constant, at least inexhaustible. Above all, Springsteen recently revealed to Martin Scorsese that a new E Street Band record and accompanying tour are on the not-so-distant horizon. Despite the knowledge that Springsteen’s river is far from running dry, however, Western Stars feels in some ways like a fitting bookend — geographically, sonically, qualitatively — to one of the most iconic and celebrated careers in American music.

To summarise the arc of such a career necessarily involves an act of reduction, but reading The Boss’s discography as a journey westward across the United States is — while limiting — not entirely off base. His 1973 debut Greetings From Asbury Park, N.J. established him as a proudly New Jerseyan working class hero, and in less than a decade he had sights set on the Midwest, first explicitly (Nebraska) and then implicitly (Born In The U.S.A.). Given this trajectory, along with the fact that his songs are perpetually preoccupied with the open road, Springsteen’s having finally reached The West is not entirely surprising. What is surprising is how that destination manifests itself musically on Western Stars, and how memorable the resultant record is.

Springsteen’s signature Telecaster has long been central to his image in the minds of many (with the Nebraska era perhaps being an exception), and it’s part of makes Western Stars’ glaring guitarless-ness felt pointedly. While the instrument appears on every track, sometimes centrally (‘Somewhere North Of Nashville’, ‘Moonlight Motel’) and more often ornamentally, lush strings are the record’s pulse. Springsteen’s aim for the album was to channel the “Southern California pop music of the Seventies,” or at least infuse that sound with characters and longings firmly situated in his thematic wheelhouse: travelling (‘Hitch Hikin’’, ‘The Wayfarer’), blue-collar work (‘Chasin’ Wild Horses’, ‘Sundown’), romantic trials (‘Tucson Train’, ‘There Goes My Miracle’). The orchestral arrangements serve his often-sorrowful lyricism well, giving new and captivating life to stories that might not be able to support themselves otherwise.

Even more important, though, is the backdrop that the strings provide for Springsteen’s shockingly sultry voice. Despite his determination, as previously mentioned, to play shows three times as long as bands a third of his age (and likely scream from beginning till end), Western Stars is evidence that such feats have, if anything, honed rather than hurt his singing abilities. On ‘There Goes My Miracle’, in particular, he captures something of the late Scott Walker, and the balladeering baroque pop feels right at home beside other vocal performances like the reflective and mournful ‘Chasin’ Wild Horses’. Even ‘Somewhere North Of Nashville’, which for a moment sounds like a misplaced modern Bob Dylan cut, ends up being carried his moving vocal melody.

While Western Stars sounds content in the sombre maturity that these moments convey, Springsteen — like the characters that populate the album — has a restlessness which can assure us that the western USA isn’t a final destination, as much as it could serve as one. His 19th record is just one stopping point in a career that’s far from finished, and on its first track he tells us what decades’ worth of songcraft have already proven: “I’m a rolling stone just rolling on / Catch me now ‘cause tomorrow I’ll be gone.” It would be in our best interest to take that advice. (8/10) (Ben Weinstein)

Listen to Western Stars by Bruce Springsteen here via Spotify, and tell us what you think below!