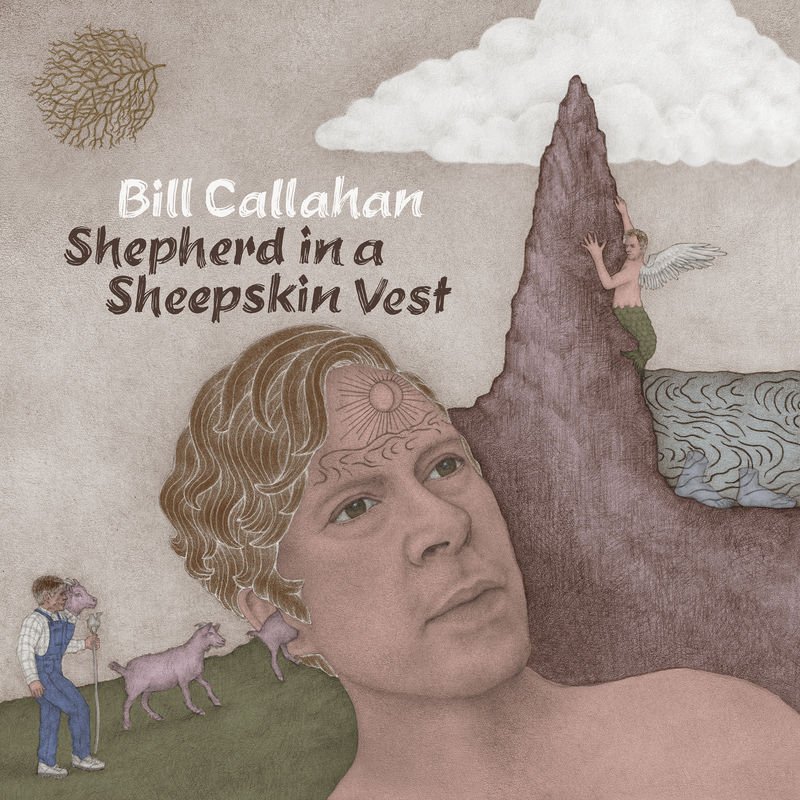 His first new album in six years, Bill Callahan is in reflective and ruminative form on ‘Shepherd In A Sheepskin Vest’.

The subtle yet prominent evolution of Bill Callahan’s music throughout his career reflects the growth of any individual’s personality, and their perceived self-image. After finally deciding to release music under his own name in 2005, emerging from under the alias Smog that he had adopted since his career began in 1990, Callahan has explored all angles of approach to his lyrical content, with material exposing the contrast of his emotions from album to album, yet always managing to appear naked and honest in his representations. After an almost six-year break from producing musical content since 2013’s beautiful Dream River, Callahan has returned with his latest release Shepherd In A Sheepskin Vest, a double album that he hopes will reveal that the development of one’s creativity doesn’t halt when the creator does.

READ MORE: The Top 100 Albums of the Decade… So Far

Callahan’s music is often lazily associated with the stereotypes of the ‘troubled singer-songwriter’, but his raw, and perhaps ambiguous vocal delivery, with lyrics of solemn self-reflection adorning a deconstructed and unpretentious take on Americana, has always been much more beguiling and harder to define than many of his peers. However, the ambiguity of Shepherd In A Sheepskin Vest ends with the eclectic way this collection of tracks have been organised and produced to form the album, and in truth this aspect does no damage to the content of the work as a whole. Speaking of which, the 20 tracks of understated, sly and largely acoustic writing have an uncanny warmth to its feel, and can even be described as playful at points. But they’re always counteracted with Callahan’s usual sense of calm, brought forth by his excellent tender delivery of his more thought-provoking lines.

Throughout the tracks on this album, Callahan rejects the aforementioned stereotypes with an air of terse certainty to his lyrics, stating simply how things appear to be, without an underlying urge or desire for such things to change; his initial feelings on fatherhood, on settling down, on taking time to consider his past decisions and as result, on viewing his own personality. Lyrics like “the panic room is now a nursery” (‘Son Of The Sea’) say it all, without appearing to say that much at all – the more informal style creates the atmosphere. His acceptance of nostalgia as both a positive and negative concept when applied to certain experiences have been paired with his realisations surrounding his embracement of his current position in life, and the role he has undertaken in his family life. With Shepherd In A Sheepskin Vest, Bill Callahan proves his ability to look back at his own character, and describe what he sees with concise lyrical illustrations. (8/10) (Jacob Kendrew)

Listen to Shepherd In A Sheepskin Vest by Bill Callahan here via Spotify, and tell us what you think below!