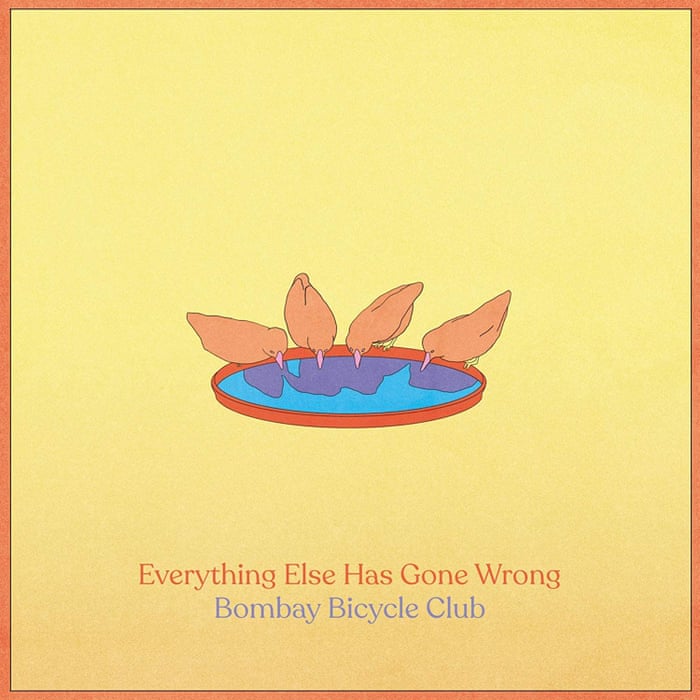 A bland and often banal mish-mash of elements from their four previous albums, Bombay Bicycle Club’s grand comeback is a serious disappointment.

For most teenagers around the turn of the last decade, Bombay Bicycle Club were a crucial part of their soundtrack. Fronted by tender-voiced singer Jack Steadman, their youthful, wide-eyed anthems spoke to the adolescent condition in a way their peers couldn’t. Their earnest songs were also coupled with a determination to evolve. From the heartfelt folk of 2010’s Flaws to the Bollywood stylings on 2014’s So Long, See You Tomorrow, each album felt like a progression, with their myriad of influences effortlessly woven into the music.

After ten years of recording and touring together, the band decided to take an indefinite hiatus in 2015. Steadman and bassist Ed Nash took on solo projects; Nash released an album under the guise of Toothless, while Steadman indulged in his love of hip-hop and soul as Mr. Jukes. Guitarist Jamie MacColl studied a master’s degree at Cambridge University, and Suren de Saram became a session drummer. It didn’t take too long for them to enjoy making music together again though, and announced work was taking place on their fifth album in September last year.

Sadly, Everything Else Has Gone Wrong is a disappointing comeback. It’s a bland mish-mash of their previous albums that’s severely lacking in hooks and loaded with banal lyricism. There’s some neat motifs here and there, most notably on the blistering chorus and cheery brass sections on ‘I Worry Bout You’. ‘Is It Real’ hums along nicely with its driving rhythm, and ‘Eat, Sleep, Wake (Nothing But You)’s’ yearning guitar line evokes the dizzying highs of romance. Unfortunately, these good ideas fail to compensate for the flat melodies and uninspired structures that make Everything… feel like double the length of its 40-minute runtime. Its worst moments arrive in the forms of ‘Good Day’ and ‘People People’, the latter of which possesses a dud of a chorus and an irritating, mawkish synth-pop instrumental.

Steadman has never been the most dynamic of vocalists. Before, the strength of the band’s hooks would mask his shortcomings, but on Everything Else…, they’re on full display. He wafts through these songs in typically airy fashion, even when he’s ruminating on heavy subjects, and his lyrics often fail to stick the desired emotional landing. On ‘People People’, he implores that unity can help overcome the burdens of modern life (“So I’ll be your guide in this world we’re living in / Both standing side by side”), but coupled with the saccharine instrumental, the sentiment comes across as cloying. Steadman repeatedly explores his anxieties throughout the album; title track ‘Everything Else Has Gone Wrong’, for example, is an ode to the power of music in times of stress (“Keep the stereo on / Everything else has gone wrong”). Unfortunately, it’s hard to escape the feeling that his writing could do with a more visceral punch.

Languorous ballad ‘Racing Stripes’ concludes proceedings with an almighty whimper. In a statement on their website, the band said they would only release another record if it stood up to the rest of their work. After listening to Everything Else Has Gone Wrong – and this is coming from a genuine fan of the band – it’s tough to believe that this was the best they could come up with. Here’s hoping they find their footing again with album number six. (4/10) (Matty Watkin)

Listen to Everything Else Has Gone Wrong by Bombay Bicycle Club here via Spotify, and tell us what you think below!