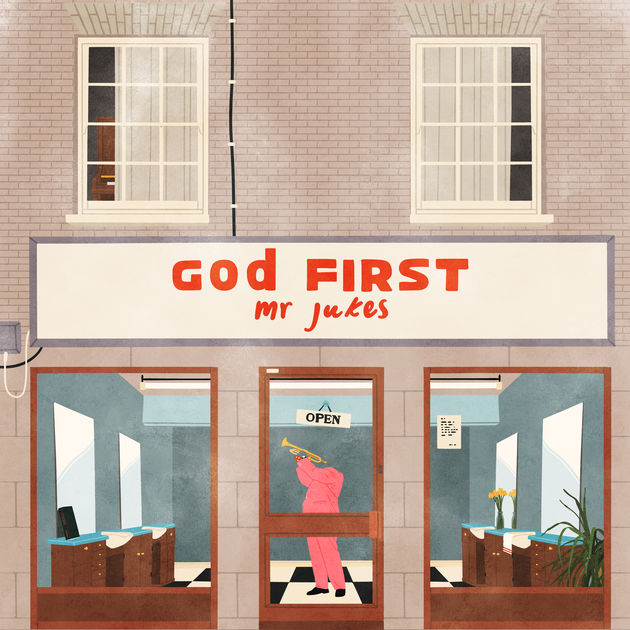 ‘God First’, Jack Steadman’s first solo statement outside of Bombay Bicycle Club, is occasionally intriguing but too messy to be consistent.

It’s usually interesting for fans to see an artist of note fly the nest and try their luck on a solo project. Whether or not their recognition as an individual performer has already been certified, their severance from which they associate allows for experimentation, new direction and that all important fresh slate. The only thing detaching them from the rest is the complacency of an already cumulated fan base – a luxury little-known emerging artists are deprived of. Though the name Mr Jukes might leave the uninformed majority scratching their heads, Jack Steadman’s long-term status as the lead singer of Bombay Bicycle Club places him comfortably within this already accomplished category.

Since their 2009 debut I Had The Blues But I Shook Them Loose, Bombay Bicycle Club have risen to spot within essential teenage listening. Never quite following the same over trodden path of their plentiful indie counterparts, Bombay Bicycle Club offered a consistently standout alternative. Replacing belt-out choruses with layered melodic arrangements, their place within the indie mainstream made soft, loud and the melancholy the new anthemic sing-along.

When the London four-piece announced their indefinite hiatus back in January, little was known of future intent. Considering Jack Steadman’s track record of original creative thinking, a solo project wasn’t far from his band’s deserted fans fancy. However, his new alias moves away from innovative song writing and instead looks to safely satisfy the masses.

It’s not that God First is one-dimensional; in fact it goes far out of its way to escape it. Accumulating a looping myriad of jazz-funk, old school hip-hop and pop, God First’s sample-centric structure looks to cover as much ground as possible. Steadman’s producer/curator identity rings clearer than ever before as he meshes featured appearances from the likes of De La Soul (‘Leap Of Faith’) and Charles Bradley (‘Grant Green’) in what feels to often like a compressed rambling mess.

The ingenuity of his previous work has all but disappeared, only to be replaced by reoccurring brass band spirals of ‘Angels/Your Love’ which uninspiringly rattles through its verses of painfully drawn out clichés. You can’t say its rhythmic swing isn’t catchy, but that’s all there is really commendable to say. Like a Gorillaz album gone wrong, God First’s efforts to be appreciated is lost within a frayed track listing that feels all too safe for Steadman’s artistic reach. Mr Jukes’ attempt at full throttle popular recognition only isolates his previously adoring fan base and may only snare just a few wandering teenage chart traversers. (5/10) (Ollie Rankine)

Listen to God First here via Spotify, and tell us what you think below!