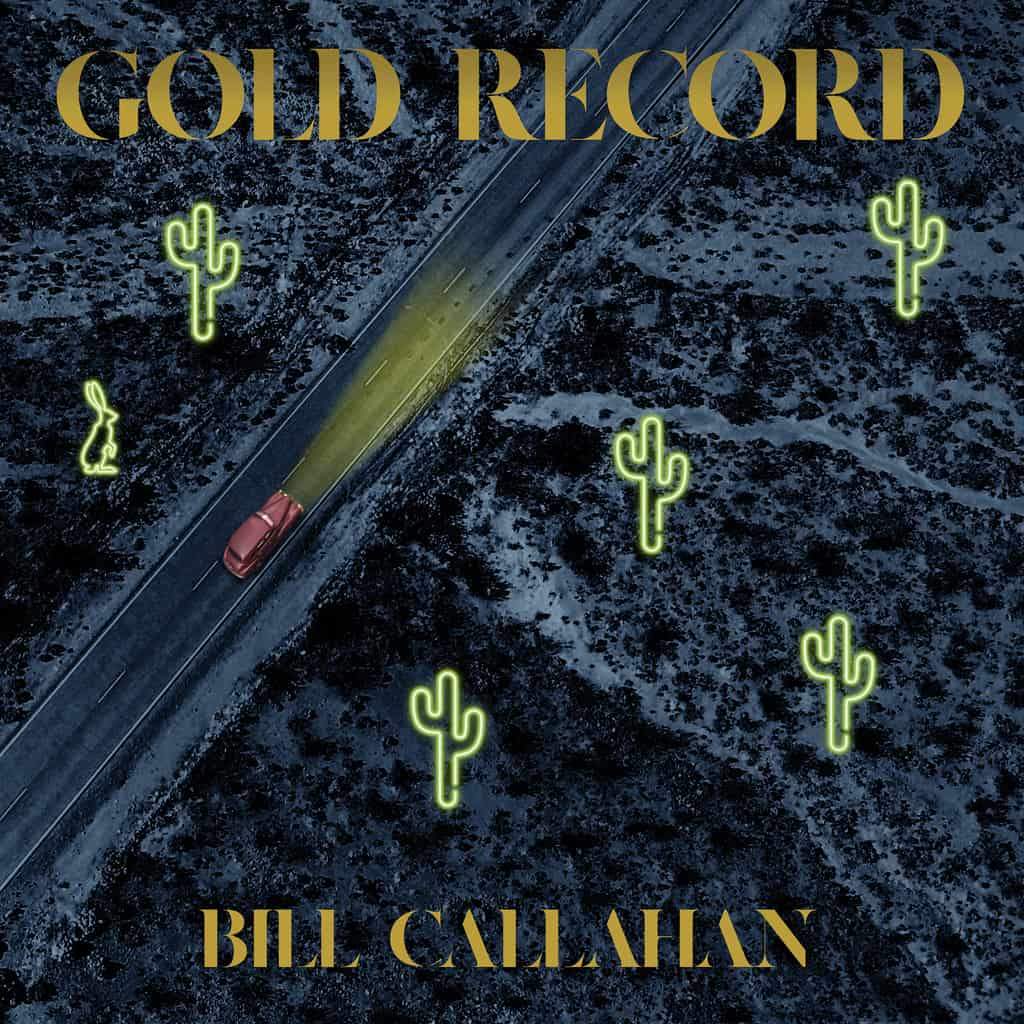 The first words that Bill Callahan sings on his latest album Gold Record, in that sturdy yet silky baritone that’s long since become such a reliable marker of quality in his long career, are “Hello, I’m Johnny Cash”, heralding the strikingly beautiful ‘Pigeons’, which is then bookended by the closing lyric “sincerely, L. Cohen”. They are flickers of wicked humour and ironic self-deprecation amid a gorgeous, homely acoustic track delicately embellished with brass and stray chimes of other guitars, it was the first of a weekly series of newly released songs from Callahan that have come to provide a calming soundtrack to the nervous loosening of lockdown.

Although they’re clearly of a piece with each other, the nature of their rollout makes Gold Record feel like an anthological collection, a book of sketches and photographs where his previous solo and Smog albums were detailed paintings. It’s also in some ways a direct continuation of the themes of maturity, domesticity and responsibility that Callahan, who had recently married and become a first-time father, explored in 2019’s Shepherd In A Sheepskin Vest, a gently revelatory record in an already long and celebrated career arc.

Indeed, this mental space is where many of these songs dwell – a previously tortured soul allowing himself to come to terms with contentedness and stability. ‘35’ is about being less confident in your opinions as you get older and the strong-headedness of youth recedes (“I can’t see myself in the books I read these days”). On ‘Pigeons’, he offers advice to a couple of newlyweds (“When you are dating, you only see each other / And the rest of us can go to hell / But when you are married, you are married to the whole wide world”). Seen in the context of those Cohen and Cash references, they’re an insight into an artist keenly aware of mortality, and they take on a hushed profundity when delivered in songs that are almost universally underpinned by a sole acoustic guitar.

There’s moments of mischief, however. ‘Protest Song’, for instance, is a noirish and funny skewering of modern artists’ hamfisted attempts at political sloganeering. Tracks like ‘The Mackenzies’ bear a passing resemblance to Mark Kozelek’s incredibly literal Sun Kil Moon lyrics, but Callahan is much more subtle artist, infusing biographical details with a dream-like quality that elevates them above Kozelek’s often two-dimensional style. ‘As I Wander’ tries to pull together all the themes of this record – and those of Shepherd… – into one travelogue-esque piece. Most poignant of all is a rough-hewn update of ‘Let’s Move To The Country’, a track from Smog’s 1999 album Knock Knock. The finishing-off of the original’s ambiguous “let’s have a…” line with “…a baby / or maybe two” gives a wonderful feeling of Callahan’s life having come full circle, from carefree curmudgeon to family man.

Having waited over half a decade for new Bill Callahan music the last time around, it’s a delight to hear more barely a year later, particularly a record as instantly cosy and familiar as Gold Record. Right back to his Smog days, he’s had a deep and affecting voice that was always going to suit him more and more as he got older and more wizened. Here’s to many, many more albums ahead. (8/10) (Ed Biggs)

Listen to Gold Record by Bill Callahan here via Spotify, and tell us what you think below!