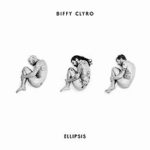 It’s slightly amusing to have an external view of the differing blend of continually simmering opinions amongst the ever-growing fan base behind Scottish heavyweights Biffy Clyro. Whilst the battle still rages on between the pre-Puzzle militants and post-Puzzle revolutionaries, the bizarre state of affairs within Biffy-enthusiast civil war may be about to hit overkill with the addition of their seventh studio album, Ellipsis. Having decided to part ways with long-standing producer Garth Richardson and replace him with Rich Costey (Muse, Sigur Rós), Biffy fans are witnessing a sonic transition as the band attempt to progress into a third phase of their twenty-year long career.

During a pre-album NME interview back in January, frontman Simon Neil expressed his intent to reboot their sound through exploring new methods of song writing. “For the first time ever we’ve been messing around properly with programming, so rather than making the heavy parts heavy with guitars and distortion, we’re trying to find different ways to make things intense.” In part, Neil stays true to his word as Ellipsis undoubtedly achieves the desired ‘intense’ factor.

Right from the off, lead single ‘Wolves Of Winter’ slams into proceedings with a ruthless war cry-like anthem designed to make eardrums tremble. Having said this, however, there’s now a degree of predictability about Biffy’s histrionics and sonic fireworks at this point, admittedly impressive though they are. Now enjoying their newfound, inflated status as a reoccurring UK festival headline act, the band’s intentions to cater to stadium-sized crowds are by no means subtle. The crackling distortion that fuelled earlier Biffy records sits unused on the side lines, however the latent energy still dwells within the jackhammer guitar riffs and thumping percussion – ‘Animal Style’, for instance, is surely destined to be one of the band’s now sizeable arsenal of modern rock classics.

Fourth track ‘Re-Arrange’ bears the first foreign aspect of Biffy’s often-conventional approach. Having named hip-hop artist A$AP Rocky as one of Ellipsis’ primary influences, ‘Re-Arrange’ takes inspiration from Trap beats, although it strips them of their usual aggressive style. ‘Small Wishes’ also proves to be new territory for Biffy to walk upon. Being Neil’s country music led interpretation on the idea of Scottish independence, Biffy looks to appeal to their devoted national fan base through lyrics stating, “I see a land, they’ll never show / Cause this is not what we chose / No new tomorrows, no change of roles / We’ll never reap what we sow.”

Unfortunately this is as far as their originality can travel. Although the intentions for a shake-up were present, Ellipsis has basically regurgitated a handful of similar styles from various sections of their career. Retaining themes of raging drive from earlier material but managing to expose it in a far more commercial light by touching upon previous record Opposites, Biffy Clyro hasn’t quite grasped the fresh sound that they perhaps set out to create. Although Ellipsis’ stylistically unifying nature may in fact call a truce amongst a small section of the Biffy community, danger of artistic stagnation looms ominously overhead. (5/10)

Listen to Ellipsis here via Spotify, and tell us what you think below!