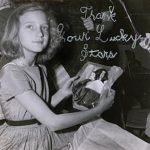 Beach House have earned themselves a cult reputation over the last decade by releasing consistently brilliant dream pop. Commercial breakthrough album Bloom (2012) came 41st in our list of ‘The 100 Greatest Albums of the Decade So Far’, whilst critically acclaimed 2010 album Teen Dream ranked 7th. Yet you’d be forgiven for questioning whether or not Beach House could achieve such greatness again with sixth LP Thank Your Lucky Stars.

Thank Your Lucky Stars comes less than two months after Depression Cherry and although the nine songs on this album were recorded in the same sessions, the album has a completely different feel to its predecessor. Where Depression Cherry sounded grand, its companion piece sounds intimate and toned down. Opening tracks ‘Majorette’ and ‘She’s So Lovely’ set the tone for the album; the luscious hushed vocal of Victoria Legrand, backed by the slow and moody guitar sounds of Alex Scally draw us back into their dream world, reeling us into a haze-like state.

This is a theme which continues for virtually all the rest of the album: Beach House have so perfected their blend of Mazzy Star vocals and My Bloody Valentine rhythm that it now comes naturally to them and there is a confidence which comes from it, rather than complacency. Wrong notes are left in the carousel closer ‘Somewhere Tonight’, whilst the magnificently told narrative of ‘The Traveller’ tells the story of a relationship in decline as the lovers grow apart (“you were never a traveller / there’s no light in this room / and the bodies don’t ache in the night”).

Elsewhere the choppy vocal of ‘Rough Song’ works wonders, as does the Warpaint-like ‘All Yours Yeah’. However neither of these compare to the album highlight ‘One Thing’; with chugging guitars, backed by a simple – yet effective – keyboard. One is immediately drawn in before the outstanding outro with flowing, yet piercing riffs: one of Beach House’s best.

Inevitably people will compare this album to Depression Cherry, but that wouldn’t be doing justice to it. Thank Your Lucky Stars deserves to stand on its own: it’s a remarkably intimate and accessible album that shows Beach House are the best at crafting excellent dream pop. (8/10)