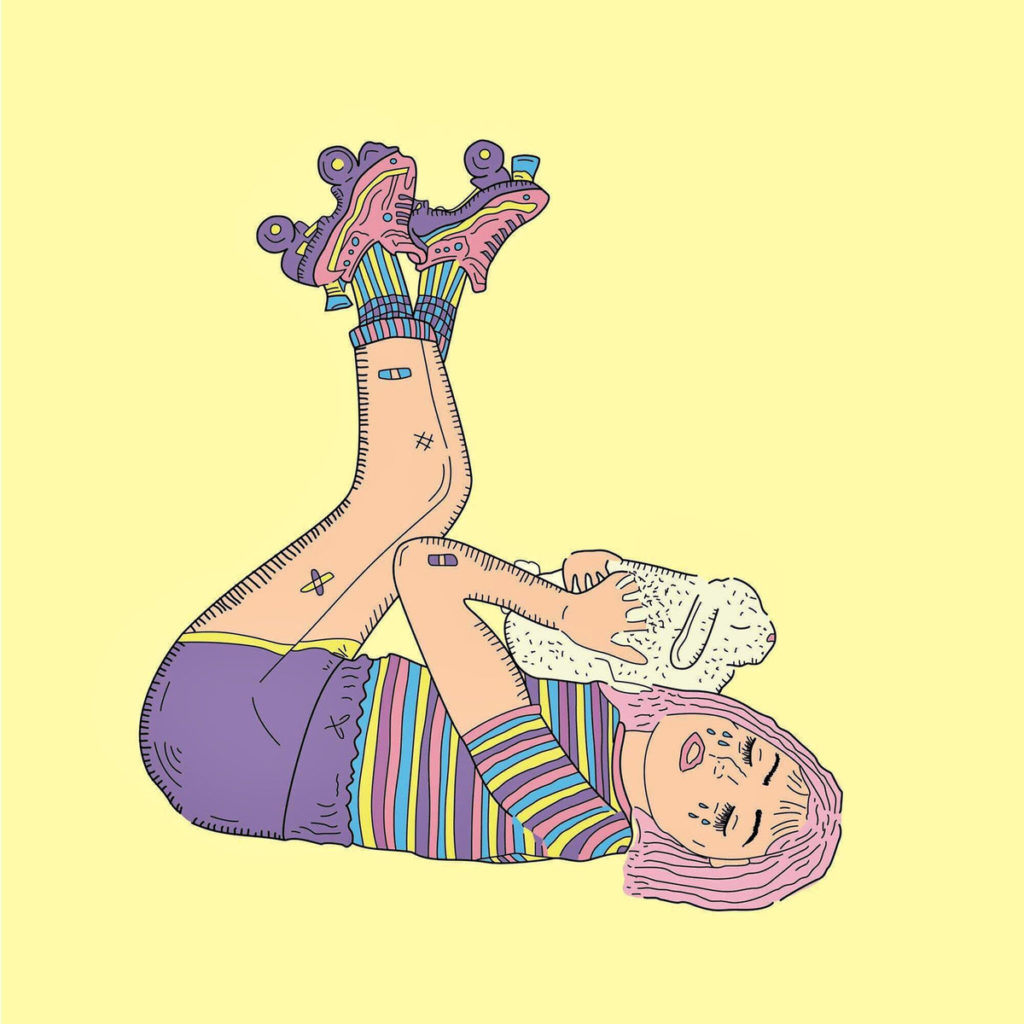 Rocketing from a humble bedroom-based pop project to an online phenomenon in just over four years, thanks to a slew of sparkling EPs and the not-insignificant help of exposure on TikTok with their 2018 single ‘Prom Queen’, Lili Trifilio’s Beach Bunny have landed themselves a formal record deal and finally release their first full-length album. If Honeymoon can really be called that, at just over 25 minutes and nine songs in length. But despite that appearance, Trifilio and her cohorts make up for a lack of running time with an abundance of spirit, energy and engrossing songs.

As with Beach Bunny’s previous material, the most obvious musical reference is the early work of Beth Cosentino’s Best Coast, setting lyrics of teenage anxiety and insecurity to sunny, reverb-heavy indie that’s by turns languorous and energised. Opening with a lethal one-two of peppy, surf-pop surges in ‘Promises’ and ‘Cuffing Season’, the band cover a lot of territory – the adorably cuddly ‘April’, the intricate guitar-work in ‘Colorblind’ and the girl-group/garage-rock stomp of recent single ‘Cloud 9’ being highlights. Trifilio’s talent is to parse the complexities of youth and young adulthood into relatable mini-slogans – “It’s hard to think clearly and then say what you mean”, she sings on ‘Promises’.

But even within the tight and economical structure, Trifilio demonstrates that Beach Bunny is much more than a one-trick pony. On the quiet and reflective ‘Racetrack’, adorned with keyboards and little else, her mood recalls that of Big Thief’s Adrianne Lenker or Basement Revolver’s Chrisy Hurn. The confessional yet defiant ‘Rearview’ is just Trifilio and her electric guitar (“I’m sorry, I’m trying / I hate it when you catch me crying”) and the effect is as equally profound as the air-punching pop nuggets that populate most of the album.

Honeymoon is a concise collection clear-eyed, energetic pop missiles, delivered by a hearts-on-sleeves indie band in the finest tradition. Keeping things so compact and short has allowed Beach Bunny to key into the brevity that made their initial releases so charming. A great career awaits them. (8/10) (Ed Biggs)

Listen to Honeymoon by Beach Bunny here via Spotify, and tell us what you think below!