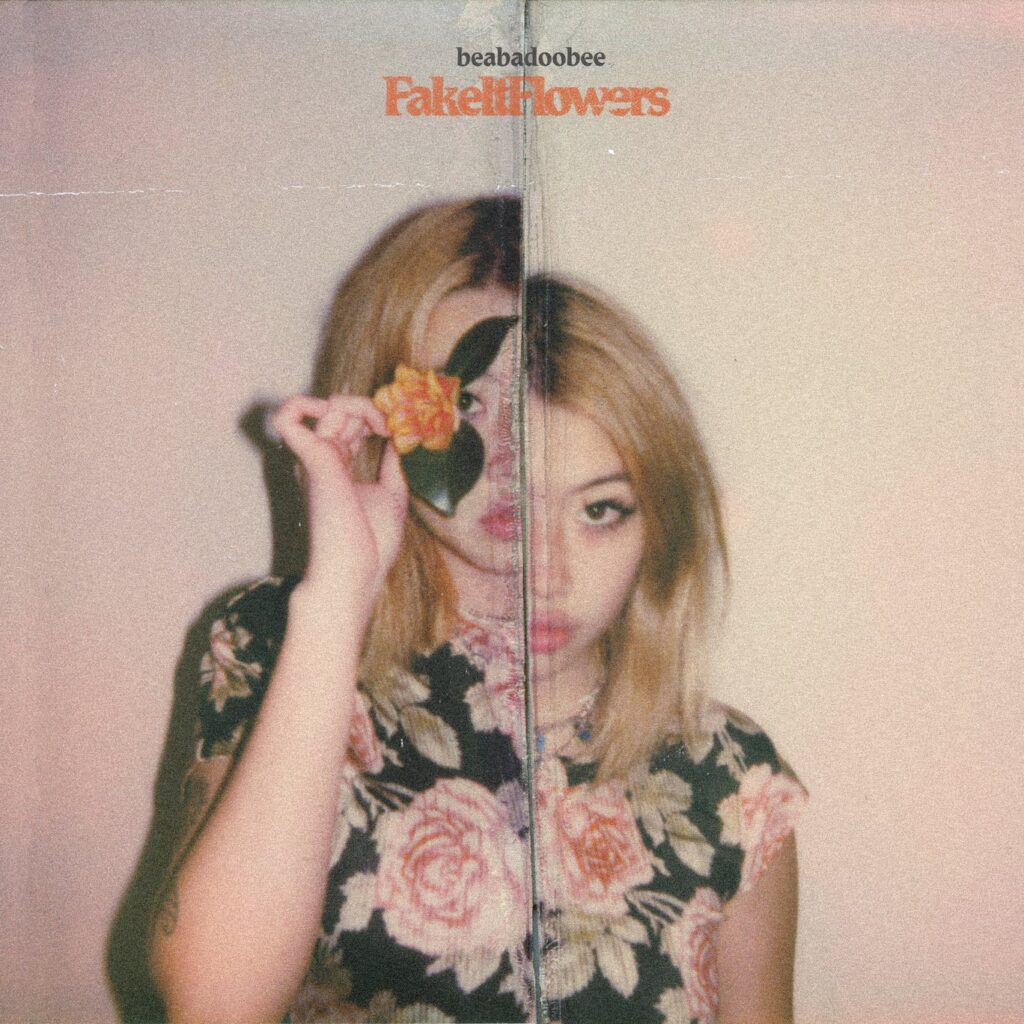 Beabadoobee’s abnormally catchy song titled ‘Coffee’ could not be missed by anyone who has been using social media this year. This incredibly simple track was written by teenage Beatrice Laus in her bedroom in London, only to become a world-wide Tik-Tok sensation not that long after its humble release in 2017. Sampled and remixed by Canadian artist Powfu, ‘Coffee’ grew from an amateur recording to one of the biggest songs of the year.

Her debut full-length album Fake It Flowers might be a surprise then for anyone who’s only heard her gentle bedroom-pop ballad, simply backed by an acoustic guitar. The new album has much more substance, punchy drums, and a sound of a Nineties rock behind it. At the same time, Laus’ approach to songwriting stays very much the same – her tender voice sounds authentic and doesn’t fade away, creating unique mixture of softly-sang, intimate lyrics, and confident, explosive choruses and catchy melodies.

The influences on Fake It Flowers take us straight back to the last decade of the 20th century, which Laus quotes as an era which she wished to live in and jam next to artists such as The Cranberries, Liz Phair and Natalie Imbruglia. Yet, the young artist is not the one only to romanticize and daydream about the days and nights which will never happen, but rather unravel the mysteries and subtleties of young love and all the different colours that come with it.

Sometimes angry, like on the album opener ‘Care’, while other times more nostalgic and ethereal like on ‘Back To Mars’, Beabadoobee makes a huge leap on every single track of Fake It Flowers, comparing to her lo-fi releases of the very recent past, which suited her, but thankfully we’re only a starting point to what she’s becoming as an artist now – still honest and relatable, yet also shining as a guitarist, composer on the indie-pop and rock scene. (7/10) (Alicja Rutkowska)

Listen to Fake It Flowers by beabadoobee here via Spotify, and tell us what you think below!