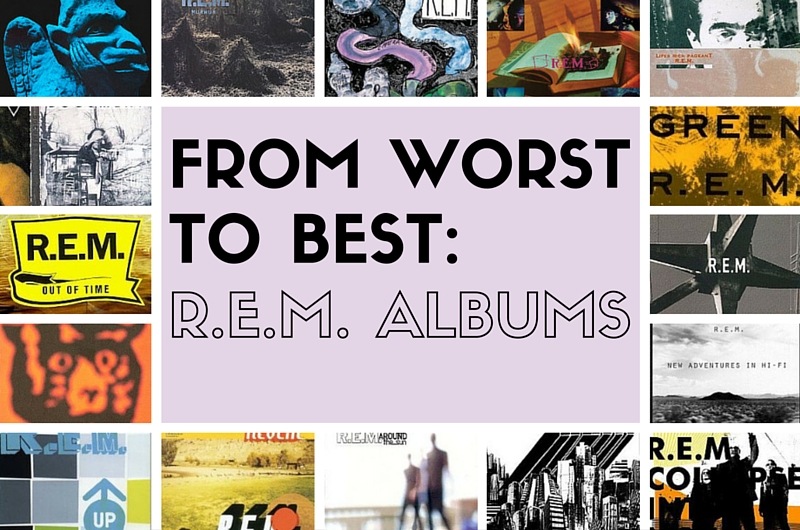 by Ed Biggs and Matthew Langham

R.E.M. called time on their nearly thirty-year recording career in September 2011. During that time, they displayed a longevity, consistency and dedication that has eluded almost everybody else: they never went on hiatus or pursued solo projects and, with the sole exception of the gap between Around The Sun and Accelerate in their final decade, never waited more than three years between studio albums. The story of their career and the way that they achieved success meant that R.E.M. never sold out their sound, attaining enormous mainstream attention while never alienating their original fanbase.

Starting in the early ‘80s, they were contemporaries of quintessentially ‘indie’ college rock groups like Hüsker Dü and The Replacements, but by the end of their career they had become one of the biggest-selling groups in the world, written some of the most well-known rock songs ever, headlined dozens of international festivals and influenced hundreds of new indie groups. Singer Michael Stipe’s socially aware but frequently cryptic lyrics were always compelling and open to interpretation, while the rest of the group’s innate sense of melody and harmony kept their commercial appeal at a steady level, even after drummer Bill Berry quit the group in 1997 and left R.E.M. as a three-piece. Their split came suddenly, less than half a year after the release of their final album Collapse Into Now and just at the point that many felt they had rediscovered their form.

The Student Playlist wasn’t established at the time of R.E.M.’s split, so this article is something of a long overdue obituary for one of the editor’s favourite groups of all time. Their 1986 record Lifes Rich Pageant, recorded at a time when they were inching slowly away from their origins, was released thirty years ago this month, so this seems as good a time as any to re-examine R.E.M.’s discography and place their fifteen studio albums in order of quality. Everybody loves a good list.