REVIEW: Of Monsters And Men – ‘Beneath The Skin’ (Island) 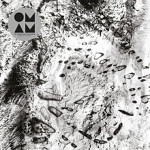 Front cover of ‘Beneath The Skin’

Icelandic folk-rockers Of Monsters And Men got their breakthrough in 2010’s Reykjavik’s annual battle of the bands and the quintet have never looked back since. Their 2013 debut My Head Is An Animal sold a staggering two million copies on the back of their hit single ‘Little Talks’. It’s pretty clear to see why they have done so well in the UK, essentially hitting a marketing sweet spot between Mumford & Sons and Arcade Fire, their folk-rock sound has a very far-reaching demographic and it’s easy on the ear. It isn’t just in the UK they are gained attention. They recently topped the US Billboard alternative charts with their lead track off this record ‘Crystals’, and are seeking to strike while the iron is still relatively hot with a swiftly recorded follow-up, Beneath The Skin.

Before the release, co-vocalist Bryndis Hilmarsdottir stated that their new record is “a polar opposite” of their debut. Truth being told it’s very similar. It’s an extension of their debut with greater choral uplifts and more space to allow for open ended guitar riffs; ‘Hunger’ being a perfect example. In all instance, OMAM stick to their Icelandic influences on ‘Crystals’ and ‘Wolves Without Teeth’. The lyrics are heavily steeped in natural imagery, about mountains, forests and mythical creatures. The vocal interaction between the male and female leads still sounds great, but the ranges never really go up a level unlike other bands of the same genre. ‘Empire’ and ‘Organs’ are much of the same swelling orchestral folk-rock. The latter is a warm piano ballad held perfectly by Bryndis (I’m not writing that surname out again!). The rhythm is slightly sluggish but the duelling vocals stand out in particular.

It’s predictable but disappointing to see Of Monsters and Men play it safe and avoid challenging the precepts formed by their debut record. The lyrics are extremely florid and poetic but they often seem isolated and unrelated to the thrust and dynamic of the music itself, apart from the vocals which are the stand-out factor. The vast majority of the album seems to want to convey gravitas with great power, but in the event it floats along without incident for a perfectly pleasant but only fleetingly memorable experience. (6/10)

Listen to Beneath The Skin here!