PREVIEW: Six New Artists to catch at Live At Leeds 2018 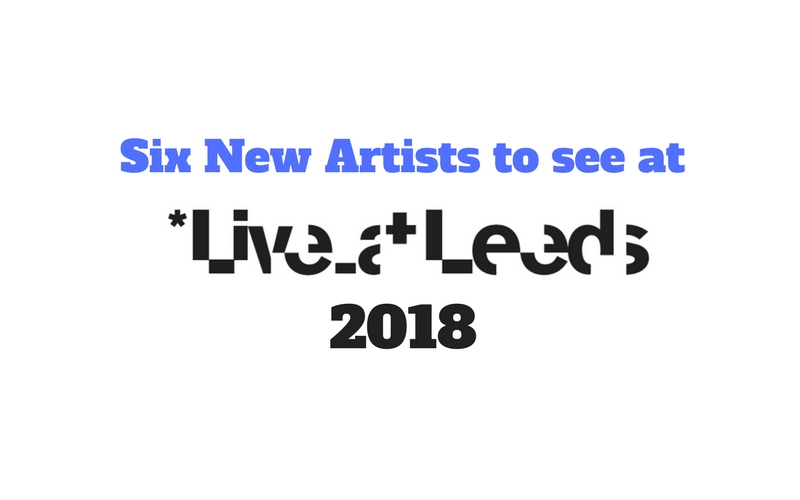 The hype in the air is palpable as Live At Leeds 2018 is right around the corner. As always, the one-day, inner-city affair will showcase some of the best up-and-coming artists, with over 100 acts set to play over the course of the festival on Saturday, May 5th. Without overlooking the big headlining acts this year, such as The Vaccines, Circa Waves, or The Horrors, the festival was always meant to be a celebration of the emerging underground, as the festival director Andy Smith noted in this year’s press release, Live At Leeds is meant to “discover your new favourite band”.

So, without further ado, here are our picks for must-see acts for Live At Leeds 2018.

The indie pop quartet from Manchester have been the talk of the indie scene for the past year, gathering a very respectable following on the back of only a few singles and support from Matty Healy of The 1975, who also directed the music video for their single ‘Television Romance’. Their achievements already include placing 5th on the BBC Music Sound of 2018 list and winning this year’s NME Under the Radar Award. Their debut album is set to release sometime 2018.

With a unique and powerful voice, as well as incredibly strong song writing ability, Shah’s 2017 album Holiday Destination was a tragically relevant insight into political issues, from the perspective of a second-generation immigrant. Talented, uncompromising, and at the pleasingly unique junction of elegant and punk, Shah remains one of the most exciting underground artists of the UK music scene, and definitely an act to follow.

The enigmatic internet phenomenon and self-defined international supergroup, Superorganism, has experienced a meteoric rise to prominence with their brand of strange, self-aware, and stupidly catchy synth pop. Their live shows (check out their performance on ‘Later… with Jools Holland’) feature lots of neon colours, deadpan humour, and coordinated back-up vocalist dancing. It’s weird, and also completely unique, making them a stand-out act that’s definitely worth checking out live.

Bad Sounds | for fans of: Beck, The Magic Gang, The Night Café

Brothers Ewan and Callum, founders of the band, have each developed a distinct taste in music. One more focused on hip-hop beats and samples, while the other was more engrossed in pop and R&B grooves. With some pretty well-crafted indie sensibilities thrown in for good measure, Bad Sounds thrives off of this juxtaposition of influences, proving to be interesting, catchy, but above everything fun. Expect excellent stage presence and an even better time.

Leeds locals Caro are differentiated by creative song structuring, and thoughtful lyricism. Though earning a lot of comparisons to their indie Leeds contemporaries Alt-J, Caro offer a distinct flavour, complete with melodic guitar work, synthesizers, percussive drumming, and discernible vocals. One of the most promising acts of the local music scene, Caro is definitely an act to go catch live at the festival, fresh off their recent tour with Gengahr.

KNIGHTSTOWN is the solo vocal/electronic project of Michael Aston. Deliberately restrained, immediately hypnotic, and delicately beautiful, the project’s sound fits somewhere in between the electronica of James Blake and the harmonised falsetto of C Duncan, for whom Aston actually played keyboards. If melancholy electronica is your thing, this is definitely an act to hunt down.