PLAYLIST: An Introduction to Motown Records 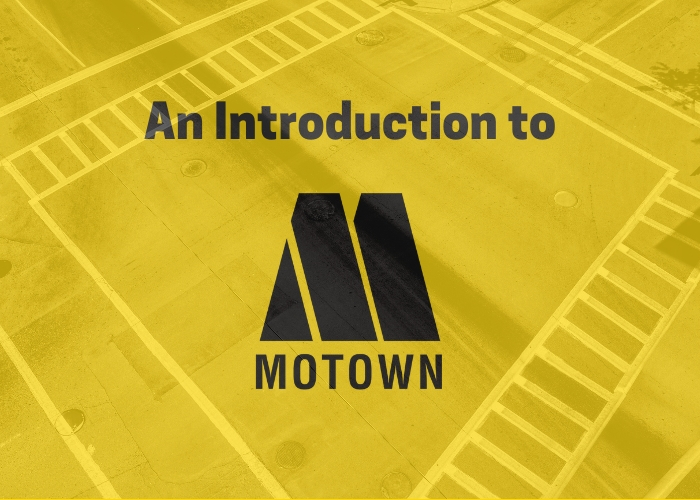 The most legendary record labels in pop history are not just business, not mere commercial enterprises – their names become as famous as the music they release, shorthands for a distinctive sound, or even an entire genre. Motown Records has to be the most obvious example of this phenomenon, as well as the most culturally widespread.

Acting as the launchpad to superstardom for the likes of Diana Ross & The Supremes, Smokey Robinson, Marvin Gaye, Stevie Wonder, Michael Jackson and Lionel Richie, Motown and its cluster of subsidiaries was responsible for an astonishing 57 Billboard chart-topping singles, mainly dating from its quarter of a decade heyday spanning 1961 to 1986, but also into the Nineties with the pop-R&B sensation Boyz II Men. Over that time, it became the by-word for a clipped, backbeat-driven and ruthless economical mixture of pop, soul and R&B boasting vivacious melodies, razor-sharp hooks and irrepressible, joyful yet defiant spirit. When you describe something as sounding like Motown, people instantly know what you mean. As such, Motown is the most powerful brand identifier in pop, even more than Stax for soul music, Chess for blues, Blue Note for jazz, or 4AD for dream-pop.

But it was so much more than just a record label, with the Motown corporative structure housing a recording studio, a management agency, a publisher, and even a dance school and fashion house.

Starting out as a songwriter for local Detroit acts such as Jackie Wilson, Berry Gordy III established Tamla in 1959 with an $800 loan from his family, soon merging it with the label Motown, founded by his sisters Gwen and Anna, into the wider Motown Recording Company within two years. Establishing the label’s base in a modest suburban two-storey building at 2648 West Grand Boulevard in Detroit, Motown’s headquarters was dubbed ‘Hitsville U.S.A.’

“The ‘Hitsville’ sign over the door let it be known that if you set foot inside you were expected to sing, dance, write, produce, sell or manage. That name kept our mission in focus.”

Berry Gordy, 1994 autobiography ‘To Be Loved’

Reflective of the same industries that fueled Detroit’s economy, Motown adopted an “assembly line” approach to generating its product. Quite literally, it was a hit factory, with now-legendary songwriting combinations such as Holland-Dozier-Holland, Ashford-Simpson and Whitfield-Strong all churning out gold-clad hits by the dozen. It wasn’t long before Motown could credibly market itself as ‘the sound of young America’.

Setting up a whole cluster of labels, such as Gordy, Soul, VIP and the aforementioned Tamla, to avoid accusations of breaking payola rules regarding DJs playing too many records by the same imprint, the endeavour generated a dazzling string of hits – the very first chart-topper being The Marvelettes’ 1961 smash ‘Please Mr. Postman’ – with house band The Funk Brothers often steering the music behind the stars. In just a few years, fueled in large part by the outstanding success of The Supremes, on whom Gordy essentially bet the farm in the early Sixties, Motown very quickly became a major player in the American music industry in the mid-Sixties. It was the start of an imperious golden age that was to last for the rest of the decade.

As well as having a fantastical quality with its soaring orchestrations and magnificent melodies, there was a gritty, street-wise quality that was essential to the Motown sound, which Gordy summarized as being about “rats, roaches, soul, guts and love”. Nowhere was that more apparent than when some Motown hits became unofficially adopted as soundtracks and anthems associated with the civil rights movement. Not that Gordy deliberately set out to align himself with the struggle, but the fine-tuned and highly polished nature of the Motown product made it a galvanizing societal force, and the Gordy label later released a recording of Martin Luther King Jr.’s speech to the Freedom Rally in Detroit in June 1963.

Martha Reeves, speaking about her 1964 smash ‘Dancing In The Street’ with her backing band The Vandellas, puts the phenomenon thus:

“It was a beautiful feeling, when we were so full of hate and anger and everybody was so full of unrest, that we saw people actually join together, get out of their cars and dance to a song that meant we should rejoice… the Motown sound was a very big influence in the civil rights movement. It was not that we marched or paraded; we just promoted it through love.”

Indeed, it’s worth observing the societal significance of Motown. In a sharply divided mainstream American society, here was a black-owned independent label, with a multi-racial staff and roster, storming the Billboard charts and generating so many hit singles that it was almost unfair on every other musical endeavour. Some music-heads point out that, if you count Motown’s backing band The Funk Brothers as an artist to themselves, they actually had more American number one singles than Elvis and The Beatles put together. As Reeves pointed out, Motown may not have sought it, but it became a lightning rod for positive forces at a time of national tension.

Many music critics regard Motown’s golden age as coming to an end when Gordy upped sticks from the music’s spiritual home of Detroit and relocated the label to Los Angeles in 1972, a result of the riots in the Motor City five years previously and the loss of the H-D-H songwriting team over pay disputes. But that disregards the star-making power that the label continued to have, well into the Eighties. Lionel Richie and the Commodores, Rick James, The Dazz Band and Teena Marie all became regular hitmakers for Motown in the second decade of its existence, even as major former stars such as Michael Jackson and Stevie Wonder were eventually lured away.

However, the encroaching era of MTV and the changing nature of the industry eventually did for Motown’s calcifying model. But while Gordy sold his major shareholding in Motown in 1988 to MCA, who then sold it to Polygram in 1993, the label still has an incredible presence in the 21st century even if the conveyor belt has long since stopped churning out the hits. ‘Motown: The Musical’, a jukebox musical based on Gordy’s aforementioned autobiography, has been a smash hit ever since it premiered on Broadway in 2013. New generations of fans continue to be switched on to the curious, life-affirming magic of the Motown sound. On its 60th anniversary, there’s no reason for Motown to die out at any point soon.

Listen to our Introduction to Motown Records playlist over at Spotify!