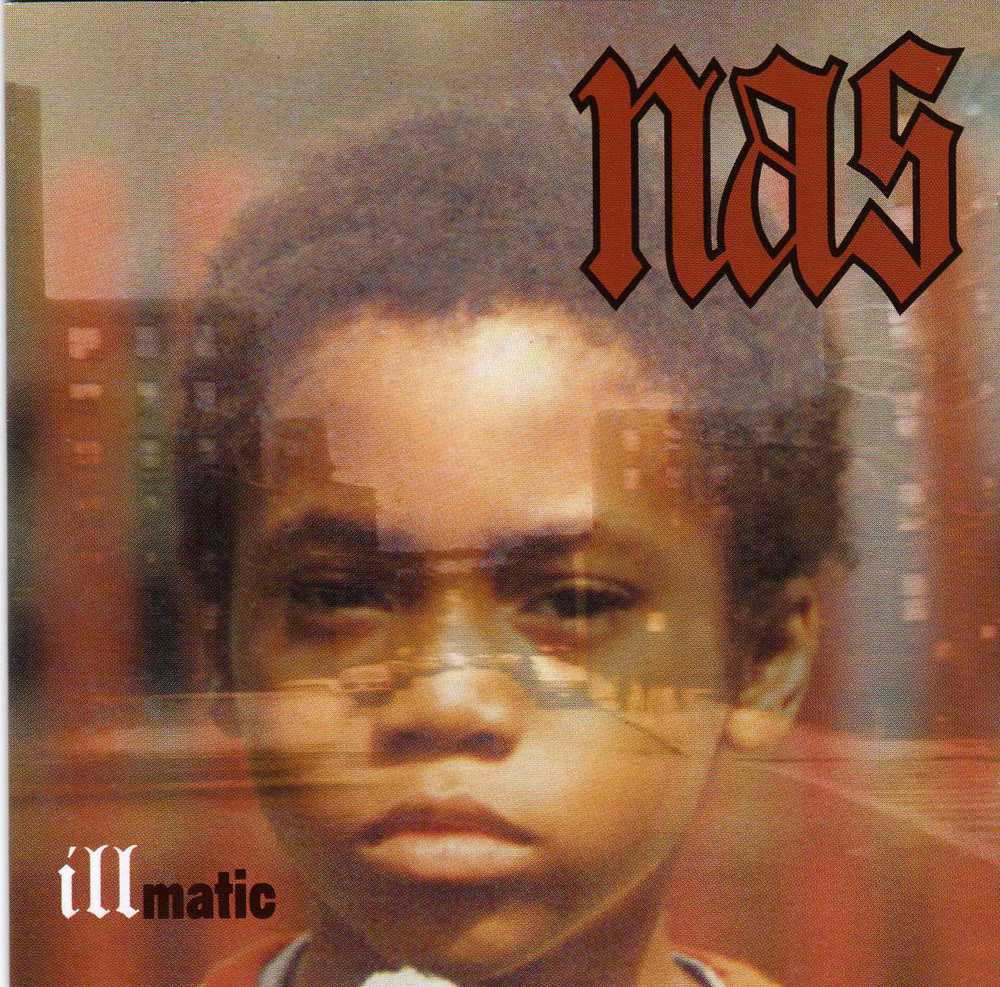 March 2014, John F. Kennedy Center for the Performing Arts, Washington D.C. Two decades after the release of a seminal album in hip-hop history – Illmatic – Nas is performing his masterpiece in full, with the instrumental rearranged for the National Symphony Orchestra. “It’s crazy, you know, I wrote this in the projects in New York City. Here we are in the capital of America, Washington D.C., and, you know, a bunch of white people with strings and all that, playing this album, and they feeling it,” he says in behind-the-scenes footage captured during the pre-show rehearsals. There is something peculiar about the image of a theatre that’s occupied by a suit-clad Nas, backed by an assortment of some of the best classically trained musicians in the country, screaming “Life’s a bitch and then you die” into the mic, while an actually ethnically diverse audience fervently bops their heads to the beat. Worlds colliding to affirm the value of great art – something transcending genre and social boundaries.

In the early Nineties, after the rise and incredible commercial success of West Coast gangsta rap, following acclaimed musical landmarks and blockbuster smashes like Dr Dre’s The Chronic and Snoop Dogg’s Doggystyle, New York City was playing catch up in terms of relevance for the first time since the south Bronx birthed hip-hop culture. However, it’s not as if nothing was happening in “The Big Apple”. A scene was gathering that would lay the foundations for the cultural renaissance to come. For one, there was the famed record convention happening at The Roosevelt Hotel, that by all first-hand accounts would devolve into respectful yet competitive record scavenging sessions. Looking for that special something that could compete with the cultural prominence of gangsta rap at the time and operating under intense surveillance from the sampling police, hip-hop producers of New York were forced to dig deep within vinyl crates, looking for that special sample that could possibly change a career. It was, in essence, a gathering of some of the best and most acute producers in hip-hop at the time: Large Professor, Q-Tip, Pete Rock, DJ Premier, etc.

On the other end, you needed a figurehead MC who could match the rising quality of such producer crews at the time. Nasir Jones, along with contemporaries like The Notorious B.I.G., would arrive just at the right time, with the skills and the attitude needed to take full advantage of the situation. Appearing briefly on Main Source’s Live At The Barbeque, Nas generated immediate city-wide hype among the underground hip-hop community, which led to him getting signed off the back of that single verse. Faith Newman, who signed Nas to Columbia, said that upon hearing Nas’ verse she thought to herself “Who is this kid who’s making lyrics like ‘When I was 12 I went to hell for snuffing Jesus’? That’s the kid I want to meet.” Upon getting signed, Nas immediately namedropped people he wanted to work with for his debut, which included all of the aforementioned all-star cast of hip-hop producers, and the Holy Grail of ideal hip hop creation circumstances was set in stone to lead up to the release of Illmatic.

Despite not quite measuring to its first week sales expectations, the album was released to universal critical acclaim, eventually earning its gold and, subsequently, platinum certifications. Praised both for its innovative and distinct production, as well as (crucial to rap) lyrical material, Illmatic became yet another landmark in the rapidly evolving landscape of hip-hop culture, often credited for introducing stylistic trends to the NYC rap scene that have since gone on to become staples of the East Coast sound. Nas’ lyrical ingenuity lies in his poetic portrayal of everyday life in the Queensbridge projects of New York against the backdrop of some of the grooviest beats ever laid down in rap music. The subject matter of Illmatic concerns itself with the realities of gang rivalries, the omnipresence of drug culture, desolation, failure of the judicial system, poverty… the list goes on. Nas, however, refrains from outright drawing conclusions, providing solutions, or instigating calls to political action. Rather, his lyrics are a direct first-person account and detailed narration of his experiences as a young black resident of these areas.

Tracks like ‘N.Y. State Of Mind’ feature reflective and now iconic lines like “I never sleep, ‘cause sleep is the cousin of death / Beyond the walls of intelligence, life is defined / I think of crime when I’m in the New York state of mind”. Like most great rap, sentiments such as this provided an alternative narrative from the perspective of marginalised communities to that of what you typically saw on mainstream media. It prompted listeners to not only acknowledge but empathise with the protagonist of the songs, placing them in his position and mindset. A place over which a shadow of paranoia consistently looms. It is also a tonal reversal of the typical NYC “the city that never sleeps” tagline. The music is not only catchy, but absolutely reflective of the mood of the track. The intro and every post-chorus break feature a singular sampled note that’s made to sound like blaring sirens, preparing us for Nas dropping his verse, as well as representing the sirens so commonplace in the city. Meanwhile, on the verses and choruses, the beat is accompanied by a jazzy piano sample from an obscure experimental piece that’s objectively one of the darkest and sexiest uses of piano sound in rap.

The quality of ‘N.Y. State Of Mind’ is representative of every single track on Illmatic. This is back in the day when rap albums with 10 or 12 quality tracks were the norm, instead of 30 haphazard ones thrown together to game the Spotify algorithm – shade intended. On other songs like ‘One Love’, Nas reaches out to speak to all of his peers who are serving time. Completely devoid of any irony or braggadocio, only genuine care and concern, he updates his former friends on the situation back in the projects, their families, their mutual friends. He tells us their accounts of their crimes, while simultaneously talking of every other person who’s still out committing crimes that are often of a tragically more serious manner. He paints a picture of a world where crime is beyond normalised, and where who actually ends up paying for these acts is just a matter of luck, not blame. It is this deployment of empathy that makes Illmatic as emotionally resonant as it is, and as it stays to this day. The exact accounts, the actions, he places, the people and circumstances change. The emotional core and themes of survival and relationships under harsh and unfair circumstances stay.

There has been some progress achieved, even though Illmatic still resonates with its portrayal of hustle and impoverished realities. The issues raised by the #BlackLivesMatter movement are sadly still as relevant as they were 25 years ago. The system is still completely against people from marginalised and lower-income groups, most odds stacked against them. However, when the album was released in 1994, it was impossible to imagine a black president or a mainstream blockbuster movie with an all-black main cast. When in ‘The World Is Yours’ Nas said the line “I’m out for presidents to represent me” twice before switching it to “I’m out for dead presidents to represent me” on the third – he implied a disbelief in the system as far as change is concerned and defaulted back to money as ultimate goal. On the same part in the orchestrated performance of 2014, instead of the usual conclusion, Nas resoundingly yells the third line as “President Barack Obama he represents me” to loud cheers from the audience. It is a fleeting moment that breaks the musical fourth wall and reflects the time passed from the album’s creation, as well as affirming its legacy and its relevance.

Illmatic was definitely of its specific time and context of creation. It was of its urban surroundings and the people translating those things into art. Yet it is also timeless, and even in 2019 continues to be one of the most critically acclaimed, resonant, and influential hip-hop albums ever released. (Ellie Wolf)

Listen to Illmatic by Nas here via Spotify, and tell us what you think below!