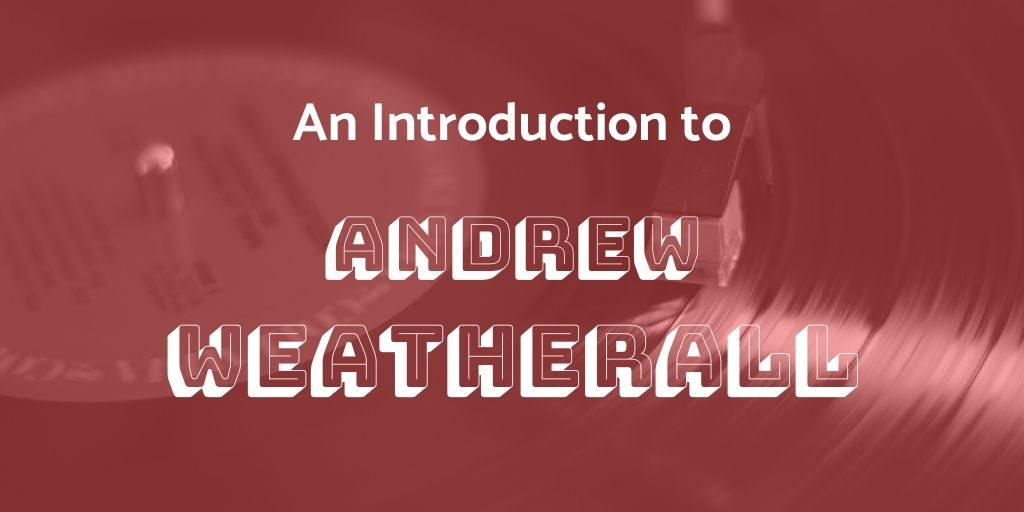 The history and evolution of pop is too often told exclusively through frontmen, artists and performers, but this can’t hope to give a complete picture. Many people work behind the scenes in the creation of records, as producers, promoters or label owners, adjacent to the performance aspect of music but who have just as critical an influence. Andrew Weatherall, whose sudden death at the age of just 56 from a pulmonary embolism was reported on Monday afternoon (February 17th), was one of these figures.

Initial tributes tagged Andrew Weatherall as a producer, DJ and remixer, but none of these terms, either individually or all together, seem to suitably define his contribution to British music, both mainstream and underground. As an architect of sound, his impact could be considered as fundamental to alternative music as that of Lee ‘Scratch’ Perry or Martin Hannett. As a tastemaker and ‘curator’ (that loathsome word…) he is similar to someone like John Peel or Gilles Peterson, always determined to discover and share, never allowing himself to become too firmly associated with any one sound or scene.

Andrew Weatherall’s most famous achievement was as a remixer in 1990, completely stripping down and rewiring Primal Scream’s modest rock ballad ‘I’m Losing More Than I’ll Ever Have’ to make ‘Loaded’, one of the decade’s iconic and influential hit singles, helping to build bridges between indie and dance at the height of acid house. It was something he had already done alongside Paul Oakenfold on their club mix of Happy Mondays’ ‘Hallelujah’, but ‘Loaded’ had rather incredibly represented the first time that Weatherall had ever set foot in a recording studio by himself.

However, his impact dates back even further than that. He had been at ground zero for Britain’s acid house movement as a resident DJ at Shoom alongside Oakenfold, Terry Farley and Pete Heller in the late Eighties. He also founded the fanzine Boy’s Own, commenting on fashion, music and football alongside other cultural issues and out of which eventually grew the seminal dance music imprint Junior Boy’s Own. During this time, he also dabbled in freelance journalism under the pseudonym Audrey Witherspoon, something he kept up on and off for the rest of his life.

As the Nineties went on, his DJ sets became the stuff of legend – particularly his 1996 Essential Mix for BBC Radio 1 and the Fabric 19 mix from 2004 that captured his live set at London’s legendary nightclub of the same name – and he established a number of great club nights, such as Sabresonic, Blood Sugar, Haywire Sessions and, most recently, A Love From Outer Space. Lengthy and eclectic, sprawling over genre lines in a manner that was ahead of its time and seemed to presage the ‘everything all at once’ nature of modern streaming, they took the listener on a genuine sonic journey.

Weatherall’s remix work ranks among some of the brilliant and innovative in the field, and is probably the capacity in which he has made the most impact on the general public’s consciousness, remixing artists as diverse as Björk, Spiritualized, Toddla T and Atari Teenage Riot. Listening back to some of his finest moments – such as crafting a majestic yet sonically fucked dancefloor beast out of My Bloody Valentine’s ‘Soon’ – is a reminder that remixing, at its best, is a brilliant art form. Never one to view a commission as a quick, cynical cash-grab even in the Nineties, when a dance makeover was a modish must-have for virtually every indie band, Weatherall worked selectively but always endeavoured to put his own spin on whatever came his way. Furthermore, he would take the material into strange new places, even by dance music’s adventurous standards, from dub-shrouded post-rock to extended breakbeat workouts to hypnotic techno odysseys. It’s an oeuvre that he made entirely his own, his remixing work as distinctive and recognisable as a Joe Meek or Brian Eno production. However, his work was always playful and mischievous, never overly serious, and leavened with humour as a matter of ideology.

In addition to his production work, ranging from Primal Scream and Beth Orton to more recent bands like Fuck Buttons, it’s also worth remembering that Andrew Weatherall generated an impressive number of compelling original works, as one half of Two Lone Swordsmen (with Keith Tenniswood) after participating in the short-lived trio The Sabres Of Paradise (alongside Gary Burns and Jagz Kooner) on top of a whole host of other strange aliases. At the time of his death, he was working on new music, recently releasing an AA-side single ‘Unknown Plunderer’ / ‘End Times Sound’, featuring remixes from his former Swordsmen duelling partner Tenniswood.

Lengthy obituary pieces on BBC Radio 4 and ‘Newsnight’ seem incongruous for such an underground, resolutely non-Establishment figure, but it not only demonstrates the high regard in which he was held, but how significant Weatherall’s loss is to British culture and to popular music in general. Anybody who has subsequently sought to meld the disciplines of rock and dance, even modern luminaries such as James Murphy’s LCD Soundsystem and Kevin Parker’s Tame Impala, owes Andrew Weatherall a serious debt. Truly, he was one of music’s true visionaries, and we are much poorer without him.

Discover some of Andrew Weatherall’s most essential work with our Spotify playlist of his remixes, production work and original material below!