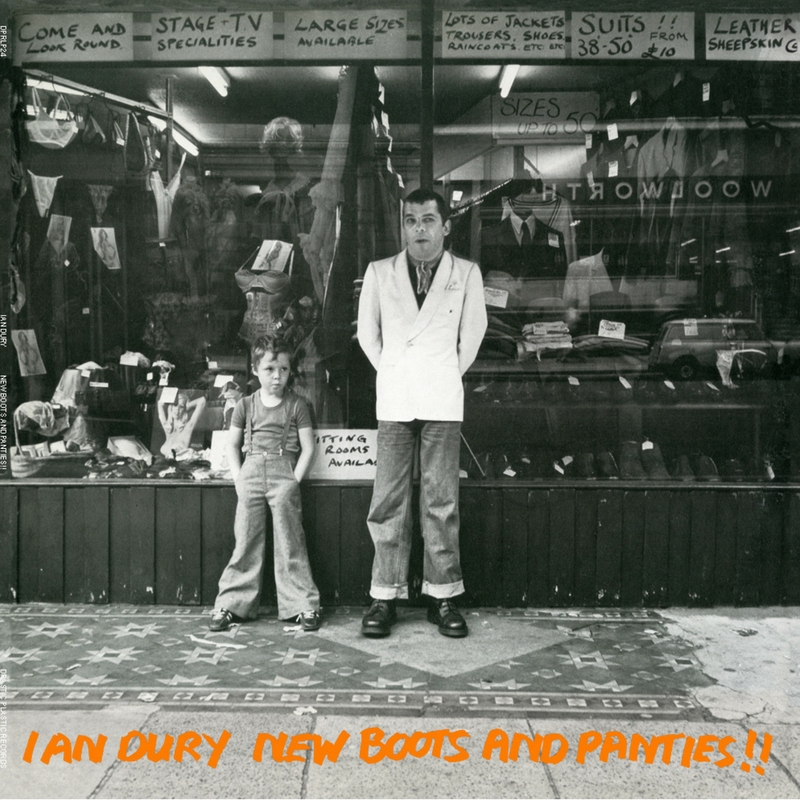 One of those gloriously eccentric characters in pop music history who could only have come from Britain, Ian Dury is frequently lumped in with the punk upheaval of the late ‘70s, but he could scarcely have fit the profile of a punk any less. Musically, he and his mercurial backing band The Blockheads emerged from the concurrent pub-rock scene in London, and played a rambunctious concoction that had much more in common with funk, disco, early American rock’n’roll and even British music hall than any of the typical three-chord merchants of punk. Physically, he was 35 and walked with a limp and a cane, having contracted polio as a child.

On the surface, at least, Dury didn’t seem to share any of the superficial characteristics of a punk upstart – the only thing that really linked him was that he was signed to Stiff Records, who had put out so many of the flagship early punk and new wave releases from the London scene (most notably The Damned’s ‘New Rose’, widely credited as the first ever punk single). However, his example is one of the most enduring illustrations that you don’t have to have spiky hair, play dumb-ass guitar chords or wear ripped jeans ‘n’ leather jackets to be punk – it’s an ethos, not a sound.

With his ribald, profane lyrics and insouciant attitude, and character-based songs depicting the lives of Londoners in the East End and Thames estuary which, although humorous, always exuded empathy more than scorn, it was Dury’s personality that fit him into the punk scene. With his rough-hewn vocal delivery and sideways glances at a conformist society that was freezing outsiders out, counterpointed with the brilliant musicianship of The Blockheads, Ian Dury was a truly unique figure and a giant of the British music scene.

His 1977 debut studio album, New Boots And Panties!!, was released 40 years ago this week, and it represents perhaps the rawest collection of songs in his catalogue.

Most of New Boots And Panties!! was written by Ian Dury himself at his flat in Kennington, South London, in league with future Blockheads lynchpin and talented pianist Chas Jankel, as well as an American writer named Steve Nugent.

Demos were laid down in April 1977, with final sessions happening very quickly after that. Members of Dury’s former band, Kilburn & The High Roads, joined in the session to fill out the skeleton of the sound made by Jankel, Charley Charles on drums and Norman Watt-Roy on bass. This line-up eventually mutated into the permanent Blockheads backing band, although the record itself is actually credited to just ‘Ian Dury’.

New Boots And Panties!! is a perfect illustration of Ian Dury melding his down-to-earth pub-rock roots with flourishes of performance art and a number of diverse styles. Funk and rhythm, rather than stabbed power-chords, provide the musical bedding for his sound, laid down by the musically talented Blockheads. If his backing musicians had been as raw, rough and unpolished as Dury’s voice, none of the songs would have worked – the Blockheads were the yang to Dury’s yin, the sweetness and professionalism of their music playing off nicely against their leader’s observational and bawdy lyrics.

‘Sweet Gene Vincent’ begins life as a ballad-esque tribute to the iconic rocker, but quickly changes direction and pace to become a Little Richard-style rocker throwback to the ‘50s. ‘Clevor Trever’ is one of the most cutting observational pieces on the album, a look at the British class system characterised by slick rhythms and Dury’s exceptional wordplay, one of his key talents.

‘Blockheads’ is the one track that most resembles ‘punk’ on New Boots And Panties!!, with Dury shouting his lyrics over a rocky delight that descends into an enjoyable mess. ‘Plaistow Patricia’ is a much more cruel and sneering moment, with five swear words in the first few seconds, while the more innocuous funk of ‘If I Was With A Woman’ and ‘I’m Partial To Your Abracadabra’ bulking out each side.

In the middle of the album, there’s the iconic ‘Billericay Dickie’, with its famous “good evening, I’m from Essex” spoken-word intro. Here, Dury plays up his smutty side for some music hall-style nod-and-a-wink rhyming that seems extraordinarily antiquated by the standards of 2017. “Had a love affair with Nina, in the back of my Cortina / A seasoned up hyena could not have been more obscener / She took me to the cleaners, and other misdemeanours / but I got right up between her Rum and her Ribena.”… yes, really. But ‘Billericay Dickie’ is an example of the massive populist appeal that Dury was able to muster up, and it’s that aspect of performance artistry that made up so much of his personality.

‘My Old Man’ is a genuinely touching moment, with Dury describing the life and times of his working-class father in a version of London long-forgotten even back then. Fittingly, it was played at Dury’s funeral in 2000 by his son Baxter – who appears on the front cover of New Boots And Panties!! standing next to his dad outside the long-closed-down Axfords clothing store in Victoria.

The album’s accompanying single ‘Sex & Drugs & Rock & Roll’, a stone-cold classic which became Dury’s musical calling-card, wasn’t included on the original edition of New Boots And Panties!!, but it does appear on all subsequent re-issues, alongside B-sides like ‘Razzle In My Pocket’.

Sales of the album were pretty slow at first, with its only single, ‘Sweet Gene Vincent’, failing to hit the charts at all. However, after the chart-topping success of ‘Hit Me With Your Rhythm Stick’ the following year and a trail of hits that included ‘Reasons To Be Cheerful, Part 3’ and ‘What A Waste’, New Boots And Panties!! enjoyed a commercial renaissance as the public at large discovered it, and it eventually peaked at no.5 in the albums chart, also ranking among the 30 best-selling albums of 1978 and 1979.

Furthermore, New Boots And Panties!! is one of the surprisingly small number of genuinely great album-length releases of first-wave British punk. 1977 was actually more about great singles, but Ian Dury provided one of the more musically coherent and intriguing LPs of the era – alongside The Stranglers, The Clash and Elvis Costello.

The rather dated title and slightly leering exclamation points at the end, as well as certain content like the aforementioned ‘Billericay Dickie’, do rather make New Boots And Panties!! a product of its time and specific place and social attitudes. If you can get past these idiosyncrasies, you’ll find the album to be one of the most enjoyable ‘70s time-pieces. It provided the launch-pad for Dury’s short but stellar career, as well as proof that punk wasn’t a sound, but a state of mind.

Listen to New Boots And Panties!! by Ian Dury here via Spotify, and tell us what you think below!

Recorded at the same time as its more illustrious sister… 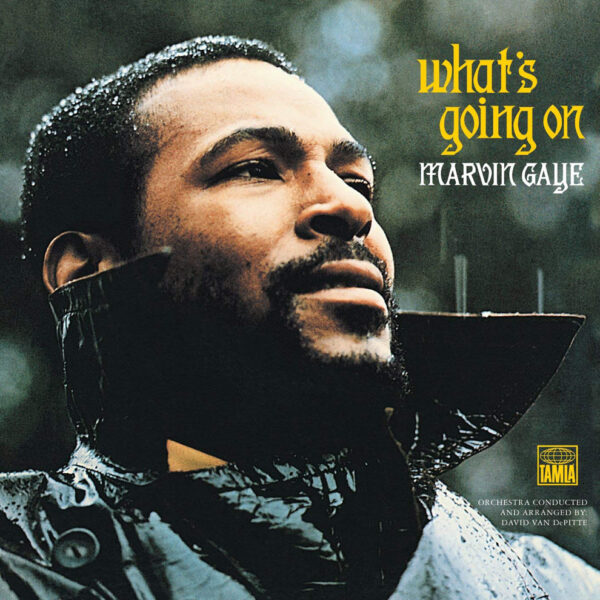 1981's 'Nightclubbing' was the second of a quick-fire brace of…