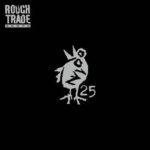 Founded by Jeff Barrett, formerly of Alan McGee’s legendary Creation Records, Heavenly Recordings is now into its 25th year and has seen a number of the UK’s biggest independent artists pass through its door. In light of the celebration, the label has released a celebratory compilation featuring artists from its current roster spread over two discs. This compilation, released on September 18th and entitled Heavenly 25 will feature the likes of Mark Lanegan, Temples, Toy, The Wytches, Stealing Sheep and Doves frontman Jimi Goodwin on its first disc, while the second CD will feature a special roundup of the 2015 Record Store Releases from artists based on the Heavenly label.

Launched in 1990, Heavenly’s first release was a 12” single by London act Sly & Lovechild which was produced by legendary remixer Andrew Weatherall. Saint Etienne soon followed with ‘Only Love Can Break Your Heart’, a 4/4 version of their Neil Young 3/4 waltz original, and North London’s Flowered Up released ‘It’s On’ to considerable attention. Their next signing was a then-unknown band called Manic Street Preachers. Though they were a figure of ridicule at the time, Barrett considered the fledgling Manics to be the most exciting rock and roll band to come out the UK in decades. After a two-single agreement, the band moved on to Columbia Records.

Heavenly were then thrown into commercial success during 1991 with the release of Saint Etienne’s debut record Foxbase Alpha, which saw them gain a Mercury Prize nomination. By 1995 the label has brokered a deal with Deconstruction Records/BMG in which Beth Orton’s debut Trailer Park was co-released, seeing Orton become much hyped with two BRIT Award nominations. In 2000 Heavenly ventured into a joint deal with EMI which became a prosperous period with Doves, Edwyn Collins, Cherry Ghost, Ed Harcourt and 22-20s all releasing well-received material. By the middle of the decade The Magic Numbers went on to out-sell anything that the label had ever released.

The good times didn’t last. Following a period of uncertainty with EMI and the development of the digital change, Barrett set up the website Caught By The River which helped him to take his mind off music for a short period. Whilst clearing his mind he found interest in new music whilst seeing Toy at London’s Shacklewell Arms. During 2011 the newly reinvigorated label released records by Edwyn Collins, Fionn Regan, The Soft Pack and The Head And The Heart.

2014 and 2015 has been their busiest period to date in which Heavenly have signed and released records by the some of the industry’s most exciting alternative artists. 25 years on and they are stronger than ever.

The 2xCD, 30 track compilation album can be purchased from Rough Trade here.

Furthermore, check out a special Spotify playlist curated by the label itself here!