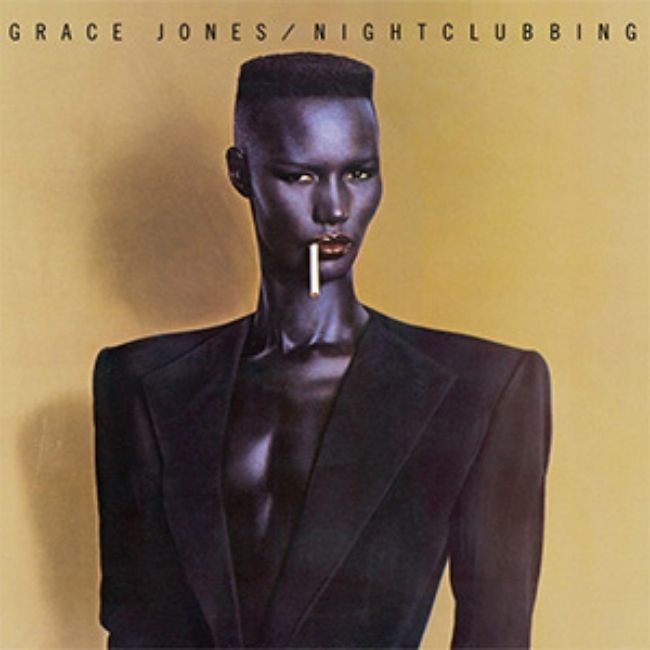 At the turn of the Eighties, despite having established a perfectly successful career in commercial terms, Grace Jones was not the towering, influential pop genius she is regarded as four decades later. A fashion model and face at Studio 54 before beginning her recording career, she released a succession of three albums at the end of the Seventies that were entertaining yet lightweight, somewhat campy iterations of disco. It gave Jones a large gay cult fanbase, but one that was slightly at odds with the transgressive image she was trying to project. It was a cover of Edith Piaf’s ‘La Vie En Rose’ that gave Island label boss Chris Blackwell an idea of where he could take Jones’s career next, setting the singer up with a crack backing band and involve her more in the general creative direction of the recordings.

In many ways, the crucial turning point in her career was her 1980 cover of The Normal’s ‘Warm Leatherette’, which shed her established but slightly tired disco diva image and recast her as a darker, more mysterious and less knowable figure. It was a fortuitous move, in retrospect, as the general backlash against disco started to bite at the turn of the decade. Working with a team of session musicians centred on drummer Sly Dunbar and bassist Robbie Shakespeare (known as Sly & Robbie), Blackwell and Jones set to work on the album at Compass Point studios in the Bahamas.

Released the following year, Nightclubbing was a pin-point perfection of the new approach she had adopted with Warm Leatherette – indeed, the two albums were made in the same sessions, so productive were they that the results were far too plentiful to be edited down into just one LP. Embracing a range of influences from reggae, art-pop, dub, synth-pop and funk but subsuming them to the demands of a new wave pop style, different from the disco template that had hitherto defined her sound, the band worked quickly. Blackwell recalled that, if Jones and her musicians weren’t satisfied with a track after three takes, they would drop it entirely and move on to another idea.

The upshot of this is a refreshing feeling of spontaneity that runs throughout Nightclubbing, of ideas coming together and of chemistry not being forced. Uniting all the disparate styles is a strong common denominator of danceability, the aspect that sustains the listener’s focus amid the alterations in tempo and volume. The reggae sounds that are predominant are elevated out of the roots-based, rude boy style that’s often associated with the genre into something a lot more sophisticated and mainstream friendly in terms of its atmosphere and melody, a direction that was primarily at the instigation of Jones herself.

Nightclubbing’s lead single ‘Demolition Man’ was a left-over song that Sting wrote for The Police’s Zenyatta Mondatta album, which he offered up when commissioned to write a track for Jones and then later recorded for the band’s Ghost In The Machine later in 1981. A driving track delivered with venom, it failed to make much of an impression commercially, but its follow-up ‘I’ve Seen That Face Before (Libertango)’ performed much better, and triggered a long string of internationally successful singles to be released from the album. A re-working of Astor Piazzolla’s original tango track ‘Libertango’ from 1974 with new lyrics, it collided a traditionally Latin rhythm with reggae and a chanson vocal style. It was this genre-colliding aspect that made Nightclubbing such a revelation throughout.

Indeed, it’s the cover versions that initially draw the listener in to Nightclubbing. Jones brilliantly flips the gender perspectives in a louche, reggae-fied version of Bill Withers’ ‘Use Me’. The title track ‘Nightclubbing’ strips out the vaguely undead stalking atmosphere of Iggy Pop’s excellent original and creates a glamorous, sinewy take that stands on equal footing with it, Jones enunciating each vowel like some prowling dominatrix. The noirish opener ‘Walking In The Rain’ (originally by Flash And The Pan) blows up from a tense, muted beginning to a real widescreen production. The foreboding atmosphere created is as much down to Sly & Robbie’s rhythm as it is Jones’s alto delivery of brilliant couplets like “feeling like a woman / looking like a man”.

The best of the original tracks on Nightclubbing is, of course, ‘Pull Up To The Bumper’. A lascivious mix of liquid bass, bendy synth and slithering funk replete with profane, barely believable references to butt-fucking disguised as car metaphors, it became Top Ten single in the States as well as an immortal anthem for the Paradise Garage club scene in New York. Other original compositions can’t quite hold a candle to ‘Pull Up To The Bumper’ as individual moments, but still make Nightclubbing a consistently engaging and forward-thinking collection. The polyrhythmical, post-punk scratching of ‘Feel Up’ is reminiscent of The Slits at their best, while the cool, soaring closer ‘I’ve Done It Again’ feels like opening a window into a hot-boxed room.

As undeniably fine and forward-thinking as it was, it arguably wasn’t the music itself that was the most revolutionary aspect of Nightclubbing, but the visual style that Grace Jones adopted in order to present it – the form that the content took. Alongside Kraftwerk’s Computer World (released just the day before, spookily) the album was a perfect convergence of fashion, art and music, serendipitously arriving at the dawning of the MTV age to take advantage of the new medium for communicating that message. It’s all summed up in Nightclubbing’s flawlessly bad-ass front cover – Grace Jones’s effortless nonchalance, with that cigarette hanging from the corner of her mouth and her angularly cropped body, made this package complete, and instantly desirable.

All these years later, even with the continually shifting way in which critics have reappraised the Eighties, Nightclubbing sounds like very little else released during that decade. It absolutely made Grace Jones a mainstream star, a complete reinvention that was the result of self-assured assertion of the self. After this, she could be whatever she wanted. 1985’s incredible single ‘Slave To The Rhythm’ – of which super-producer Trevor Horn was recently discovered to have made more than seventy different mixes! – was a later high-point, alongside two more great Eighties albums in Living My Life and Slave To The Rhythm. Jones has only made one record since the end of that decade and performs and tours only rarely, maintaining a thrilling sense of mystique that endures to this day. So many modern pop icons have Grace Jones to thank for inspiration in terms of sound and vision, and how those two aspects interact. Nightclubbing is the foundation stone of that reputation.

Listen to Nightclubbing by Grace Jones here via Spotify, and tell us what you think below!