FROM WORST TO BEST: Alex Turner 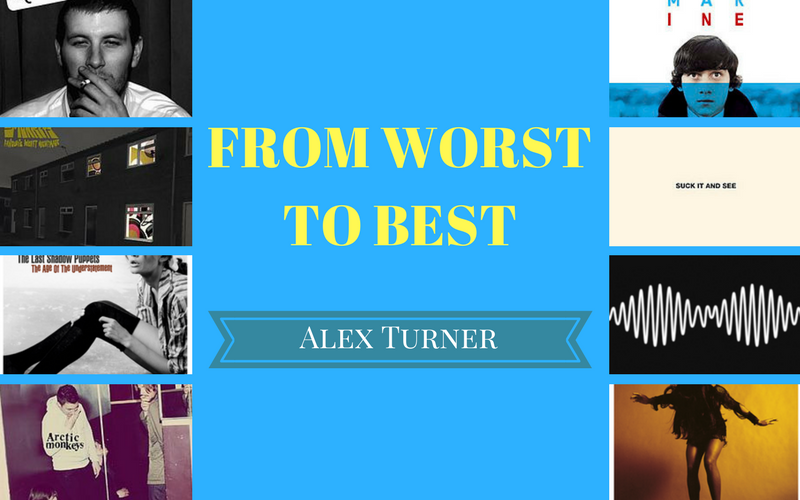 When photos of Arctic Monkeys in a Sheffield pub recently surfaced online, the music world went a bit mad. While Alex Turner’s face hasn’t exactly been hidden much this last year with touring the new Last Shadow Puppets album all over the world, it had been a while since we’d seen him with his bandmates. So when it was officially confirmed in December that these recent sightings did mean that they were making another album, the Arctic Monkeys flame was reignited once more.

All this renewed hype got us thinking: just what it is about Turner that has captured the hearts of a generation? Is it the unashamedly northern accent? Or his uncanny ability to make poetry from everyday life? Whatever it is, we’ve all watched him grow (mostly marked by changes in hairstyle) from an awkward adolescent to a bona fide rock’n’roll icon.

Although it would be more romantic, the story of Turner’s rise to fame isn’t really one of perseverance and rejection, but rather of an overnight internet sensation. Remember MySpace? It may seem painfully cringe-worthy now, but it’s thanks to platforms like this that Arctic Monkeys demos were circulated and a massive fan-base was created, with message boards and forums overloaded with secret recordings and gossip, way before the press caught on. It wasn’t long before their stardom made its way out of the underground and Whatever People Say I Am, That’s What I’m Not became the fastest selling debut album in British music history. Since then, they’ve released five more albums, each with a completely different sound, mood and, of course, image.

Turner has also had his fair share of side projects in-between. Following Favourite Worst Nightmare, he joined forces with the then little-known Miles Kane (formerly of mid-noughties group The Rascals) to form The Last Shadow Puppets, a duo now likened to this generation’s Lennon and McCartney. It was perhaps the orchestral, cinematic scale of this project that inspired Turner to dabble in the world of film soundtracks, penning the dreamy score to the now iconic coming-of-age film, Submarine.

But which of Alex Turner’s offerings is the best? It’s a task which is, to me, like choosing between children. So I have (tried to) cast all subjectivity aside to provide a definitive ranking of every album Turner has been involved in to date, leaving the best ‘till last, which you can read on the next page!

We’ve also compiled a ‘Best of Alex Turner’ playlist for you to enjoy over at Spotify, featuring over two hours of Turner’s greatest hits and lost treasures.

Tags: Alex Turner, Alice Williams, AM, Arctic Monkeys, Everything You've Come To Expect, Favourite Worst Nightmare, feature, from worst to best, Humbug, profile, Submarine, Suck It And See, The Age Of The Understatement, The Last Shadow Puppets, Tranquility Base Hotel & Casino, Whatever People Say I Am That's What I'm Not